Gentleman Reg is otherworldly. His singing voice sounds like he's channeling a lost boy from beyond the grave; a falsetto, feminine phantom.

Reg is striking to look at as well; enigmatic emerald eyes, a shock of blond curly hair. In an individualist city like Toronto, I still notice him every time he pedals past me on Queen, en route to his home in the East end

He's appearing in a Toronto Cyclist Union fundraiser later this month at the Bloor Cinema. It's going to be a Rocky Horror style show; Pee-wee's Big Adventure supported by a live cast on stage. Some of the hottest indie musicians in Toronto are taking part (Members of Republic of Safety, Kids on TV, The Phonemes, etc.)

Cyclist rights must mean a lot to him; recently Reg has been playing hard to get with Toronto concert-goers.

"I've tried to play less here, to keep interest higher. I know it sounds a bit counter productive, but it feels right. I've also thought about moving to a bigger market. Germany sounds appealing, I lived there for a while when I was a child. Hanover, Heidelberg, Munich are all wonderful cities...I'd be considered more exotic in Europe."

Born in Trenton, raised mainly in Guelph, he moved to Toronto in his twenties to pursue a career in music. He was part of the collective movement for a while, a one time Broken Social Scenester and a member of the Hidden Cameras. He's released three solo albums since the start of the decade, The Theoretical Girl (00), Make Me Pretty (02), and Darby & Joan (04). The latter is how I came to fall for him, from the breezy pop of 'Over My Head', the swooning red wine of 'Don't Bring Me Down' or the snarky sugar of 'The Boyfriend Song'. It's a solid, exciting, heart-breaking album.

While fans are waiting for a new full length CD (recorded, mixed and slated for release this winter), Reg is planning on putting out a seven inch in June. After that will he stick it out in our concrete carousel, or take on Europe with his ethereal charms?

I hear the cities are more bike friendly over there. 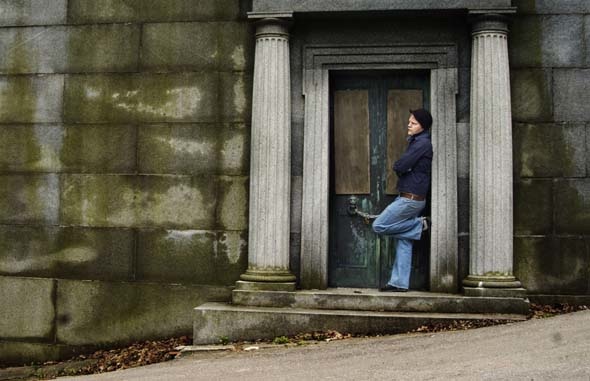 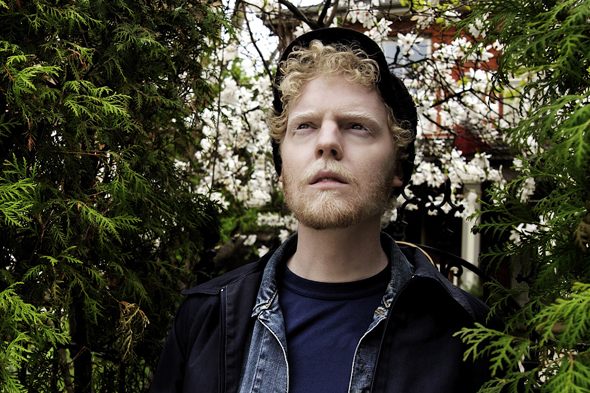