A few songs in, lead singer Neil Finn commented that Toronto is the city in North America where they've played more than any other over their many years of touring. Having worked as an usher at Massey Hall in the mid-to-late '90s, I can attest to seeing them live at least a half-dozen times, as they always sell out multiple nights.

Kudos to Crowded House for not playing larger venues such as the Molson Amphitheatre, The Kool Haus or worse yet, The Docks (now Sound Academy). I'm sure they'd still sell out stadiums in Australia.

Crowded House is one of those bands that has endured since the late '80s, crafting beautiful pop songs that have stood the test of time. Ever since Something So Strong hit the airwaves in 1987, I was hooked by their catchy melodies, clever lyrics and charming personalities during interviews and live on stage.

Over 20 years later, after a break-up, a farewell gig in front of the Sydney Opera House, a lost drummer (to suicide) and a reformation, they're back at it, albeit a little matured and weathered for the course. 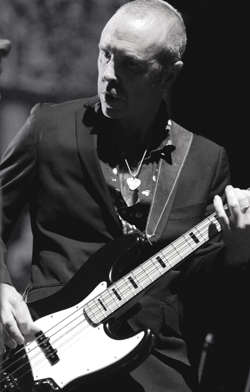 Dressed in sharp suits with no ties, the four-piece played many crowd favourites, including Distant Sun, Don't Dream It's Over and Weather With You.

The third song in, bassist Nick Seymour made a riff and Finn, not missing a beat, starts in to Happy Together by The Turtles.

Opening act, fellow New Zealand singer Don McGlashan joined the band on stage during Either Side of the World, offering his multi-instrumental talents. Finn comments, "We're finally living up to our name."

McGlashan played guitar, mandolin, euphonium, trumpet and various other instruments throughout the evening, nicely complementing in the four-piece, but quite content to hover in the back in the shadows of the stage. The backdrop itself was a beautiful ceiling-high simple six-panel batik.

It's the moments between the songs that always make a Crowded House show so entertaining.

At one stage, Finn introduced his band and Seymour improvised something on his bass. Finn commented that the bassist of Level 42 liked to play with his bass up by his chest. Somewhere in the banter, the band Rush came up and drummer Matt Sherrod instantly broke into the opening beats of Tom Sawyer.

Sherrod is the newest addition to the band, having formerly played with Beck. 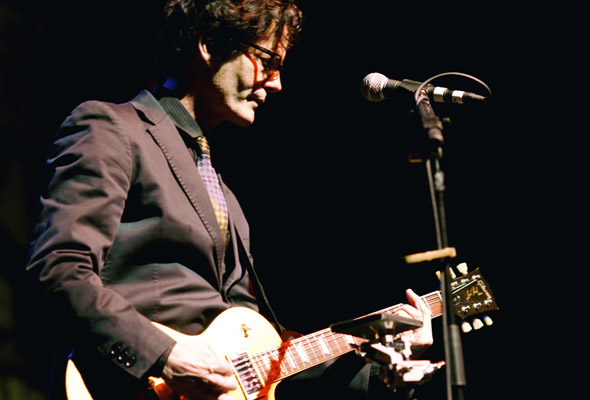 Keyboardist Mark Hart was perhaps the most invisible member of the band, quietly providing rhythm guitar, keys and backup vocals throughout the show on the left side of the stage. 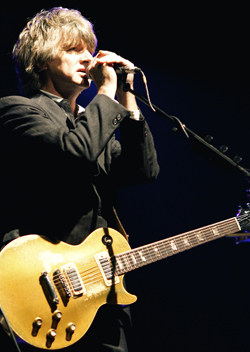 Finn took a seat at the keyboards for the lead single off Time On Earth, Don't Start Now. Ironically, the song had a bit of a false start, as Finn and Seymour weren't quite ready at the same time.

"I can't seem to get the beginning, but once I do, it's all good," explained Finn, to which Seymour replied "You're only as good as your dismount."

In traditional Crowded House form, encores were sent in by the crowd via paper airplane. A couple of Finn-penned Split Enz tunes from when he joined the band in 1980 satisfied the nostalgic fans. I Got You still rocked out and One Step Ahead was a treat to finally hear live.

Someone in the front at the end of the night shouted out a request to Seymour, to which Finn replied "Nick only communicates by paper airplane." They obliged anyway and it was awesome to hear Throw Your Arms Around Me, a song written and made popular by Seymour's brother's band, Hunters & Collectors.

Judging by the warm reception and two encores, Crowded House will continue to put out well-crafted pop songs, entertaining crowds for many years to come.