For the second time, Bacardi B-Live produced a dance tent at Virgin Festival Toronto. They know how to put on a good party and it was definitely the place to be this weekend on Olympic Island.

Vfest day 1 was filled with lots of sunshine, Richard Branson sipping mojitos in the VIP area, and two missed flights that prevented both dance tent headliners (Switch and SebastiAn) from making it into town for the party. This sounds like a disaster but the crowd didn't mind seeing MSTRKRFT headline instead. Their remix of the Justice hit "D.A.N.C.E." still manages to make people lose their minds.

I was all about Day 2. After a solid set by Sydney Blu (Toronto's queen of progressive house), UK techno trickster Lee Burridge rocked the growing mid-afternoon crowd. Lee is one of the most fun DJs to watch (and dance to). He drops amazingly hard techno grooves and always looks like he's having more fun than you are. 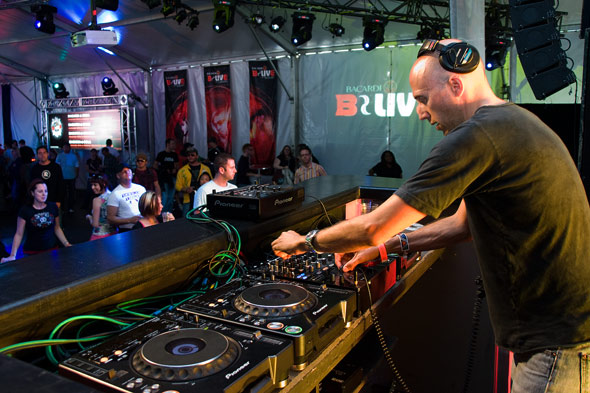 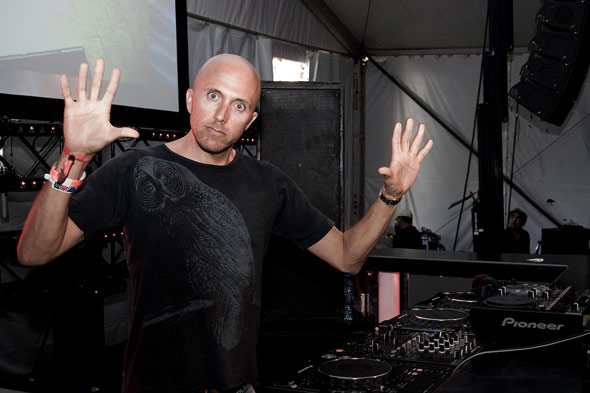 Lee always seems to feed off smiles in the crowd and he rewards those smiles with bigger tunes and more entertaining antics behind the decks. He hid under the table at one point, pretended to spray anti-perspirant under his arms as he played a sample of the sound, and took home video of the crowd with his hands near the end of his 70-minute set. Do not miss Lee Burridge when he plays Footwork on November 8. 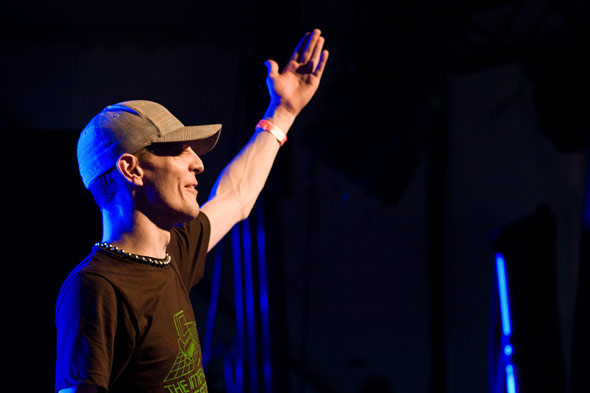 And now for the main event. deadmau5 (aka Joel Zimmerman) has become one of the most popular figures in the underground electronic scene. His two singles "Faxing Berlin" and "Not Exactly" have collectively sold 30,000 downloads on Beatport. The set started off with a special live performance of deadmau5's new single featuring MC Flipside. The rest of the set was a live show featuring most of deadmau5's amazing singles and remixes mashed together while he also controlled the eye-catching visuals behind him. 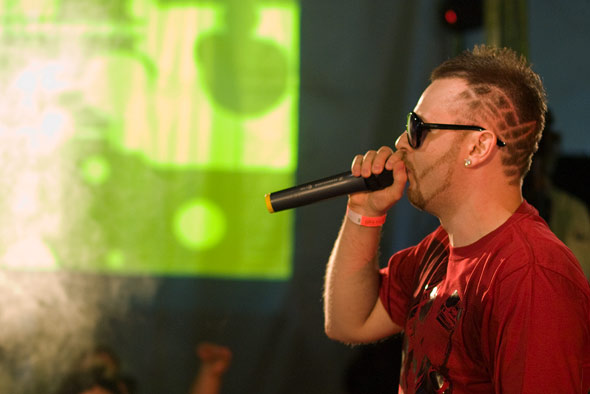 The intensity and love in the room for his set was amazing - it was his local coming out party as a star and you could tell he was having the time of his life on stage. He started dancing in front of the decks during "Not Exactly" and he reached over the front side of the table, back facing the crowd, and started messing around with the EQ's and effects. It was the equivalent of a guitar player soloing behind his head. I loved it. He also invited his Mom up on stage, turned the music off and yelled out: "THIS IS MY MOM!" The crowd loved it, and so did his mother. She pretended to DJ for a second as the crowd erupted.

I had a very entertaining chat with deadmau5 after his set and shortly before this picture was taken in the Bacardi tent with girlfriend Sydney Blu. 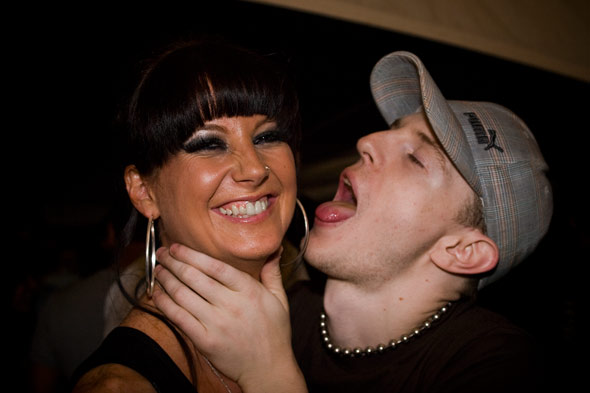 It turns out he was nervous about the show. "It's very rare that I get nervous...I was a fucking wreck before I went on...I had my mom, my aunt, my cousins eye-balling me up there... it was a deadmau5 family reunion in full effect!"

One disappointing thing about the show was the absence of the famous deadmau5 head. It was lost over the weekend as deadmau5 flew home from a show in Washington, DC. I asked him if he thinks he'll ever see it again and he said "well, we'll leave it to the gods at UNITED AIRLINES to find it. It's in their hands."

I asked deadmau5 about why he doesn't play in Toronto more often. "If it were up to me" he said enthusiastically, "I would play in Toronto every fucking night because it's right around the corner from me, I can drive to the gig and not spend 12 hours in an airport." I also asked him what he loves most about Toronto. "I love the freedom, I love the Canadian attitude, I love the Canadian vibe and this is an exclusive: I am buying my first home in Toronto near Yonge/Dundas Square." The closing date is on his birthday... as if the guy didn't need another reason to be ecstatic. 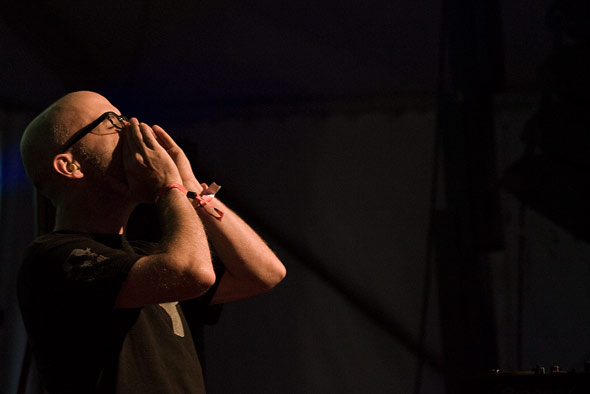 deadmau5 also mentioned how great and humbling it is to play with big names. Moby's set was playing in the background during our interview and he was very excited to say that he opened for the famous techno DJ/producer, who was the final performer of the night in the tent.

Moby has some serious star power these days but like deadmau5, he started out as an underground sensation before becoming a pop star. He seems like a regular dude in some ways, but there was some diva-type security backstage before he went on and he had more photo restrictions for his set than Oasis. His set started out pretty hard and the crowd loved it. Too bad most people in the crowd were too busy staring at him rather than dancing.

The night definitely belonged to deadmau5 - Toronto's top electronic export of the year. He's playing This Is London on Boxing Day. See you there.