You don't have to suck dick to be successful.

Sounds like a hit song to me. It's also the song title of one of the encores performed by Kate Nash Monday night at The Phoenix to a sold-out all-ages crowd comprised mostly of adoring teenage girls.

The song itself was a rant created after Nash attended what she described on stage as "the worst party ever." She said she felt much better after writing and recording the song. I'm not sure the audience felt the same after hearing it.

The rest of the show was a much quieter affair, save for a few avid fans who insisted on dancing frenetically throughout the show, even to the more down-tempo songs. Perhaps most surprising was that there's such a following to this singer today.

I guess it took raw talent for Nash to rise to the top of the charts, at least in her native UK, where she was recently crowned Best British Female at this year's Brit Awards. 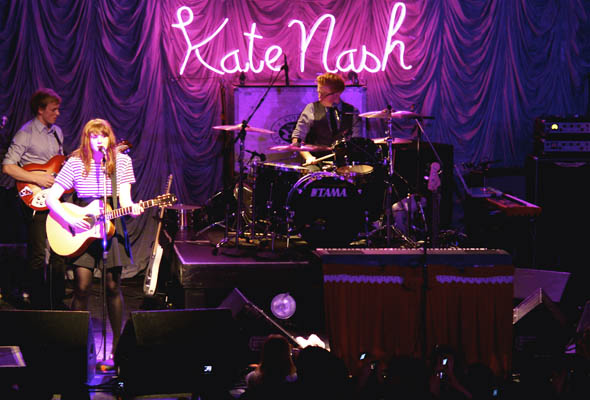 A simple backdrop with a pink neon sign bearing Nash's name lit up the stage. 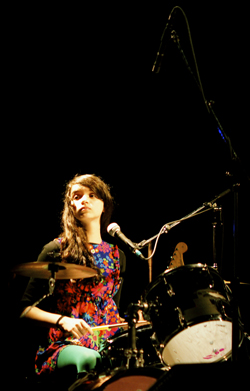 Nash lists Regina Spektor as one of her biggest musical influences and there's certainly similarities in some arrangements, vocal style and even dress.

But Nash is a more British, brash and rough version of Spektor. Less of the story-telling charm and nuance and more of the personal angst. And swap the Bronx accent for a Cockney drawl.

She certainly struck a chord with the younger crowd, almost all bopping their heads along to her songs like Foundations, Model Behaviour, and Pumpkin Soup.

The crowd just ate it up when she performed the The Supremes' cover, Baby Love.

The opening band was the Trachtenburg Family Slideshow Players, comprised chiefly of a geeky-looking father and his 14-year-old daughter.

The quirky duo features the dad on guitar and vocals (pictured below) while she bangs the drums (pictured right). Occasionally adding backup vocals, the daughter also strummed a ukulele at one stage.

The resulting musical exposes are described by the band as "indie-vaudeville conceptual art-rock." Charming. 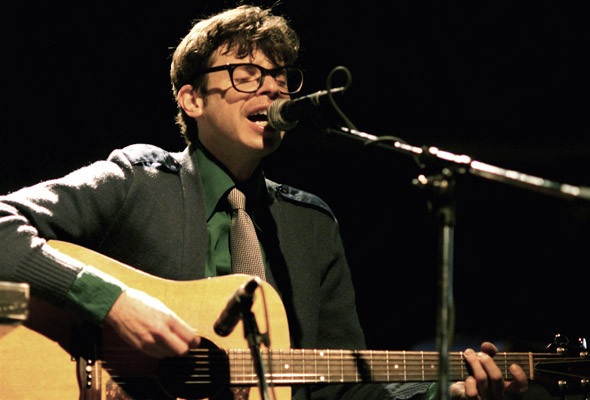