Emily Haines has lost a lot of respect as a credible performer after her lackluster show at last Sunday's Mobile Jam Fest at The Phoenix.

A few songs into her set she'd fumble through a song, stopping midway to admit how nervous she was. The audience seized the opportunity to shout out song requests. Which soon got out of hand, as Haines let the vociferous fans take over the show.

I began to wonder if it was an all-ages show (it wasn't) as the audience's behaviour wasn't helping an obviously struggling performer.

At first I was annoyed at the hecklers, who initially offered encouraging words. But that soon escalated into "I can play that song!" requests, which was met by "Sure, come up on stage and try."

Could it be that Haines was baked? 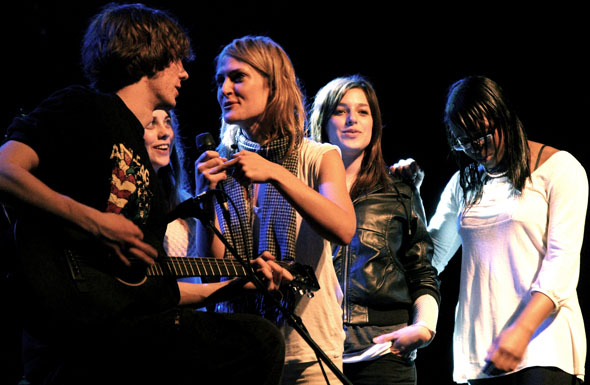 Haines did little to show her command of the audience or of her craft. She showed a level of unpreparedness and came off totally unprofessional. At one point she left the piano bench to let the audience feel her sweaty palms and show off her smelly pits. 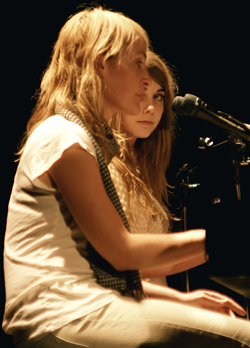 While this sort of behaviour might be seen as a form of closeness with her diehard fans, it came off totally the opposite for this casual fan.

By the end of the show I spent more time watching and listening to others try to play the songs of Emily Haines.

This included Lyra Brown, one of the openers, who was obviously taking cues from Haines, almost watching for her approval at every turn. At least Brown had her shit together.

The show had something going for it, though. There was a cool video or two shown on the large screen above and to the side of the stage. This kept my interest where the live performance lacked substance.

While in line, waiting to get our coats back at the end of the night, I encountered a couple who were both wearing Metric t-shirts.

When asked if they were a big fans, they told me they weren't so sure anymore. I could hardly blame them.