The Best Music Store in Toronto

Like any self-respecting cultural hotbed (did I just write that?), Toronto not only has a ridiculous number of great venues to watch live music, but it also has more than a handful of spots to pick up CDs, rare vinyl, electronic music, band merch and other must-haves for the music aficionado, compulsive collector or casual music fan.

Making the cut as a nominee in our recent Best of Toronto poll were ten stores representing a range of different formats and genres. They included Moog Audio/Slinky Music, Rotate This, Cosmos West Records, Sonic Boom, She Said Boom, Criminal Records, Play De Record, Six Shooter Records and Kops. But distancing itself at the top of the pack was Little Italy destination and much-loved Soundscapes.

What's the secret to Soundscapes' success? Keep reading for my interview with store founder Greg Davis to find out.

What do you think makes Soundscapes different than other Toronto music retailers?

Everyone who works at Soundscapes cares passionately about music and we try our best to translate that passion into every aspect of the shop. Our passion for music requires constantly discovering and learning about music (from the past and present) and sharing that knowledge with our customers. The selection of music we carry is based primarily on artistic integrity rather than sales potential. We also strive to be an integral part of the local independent music community. 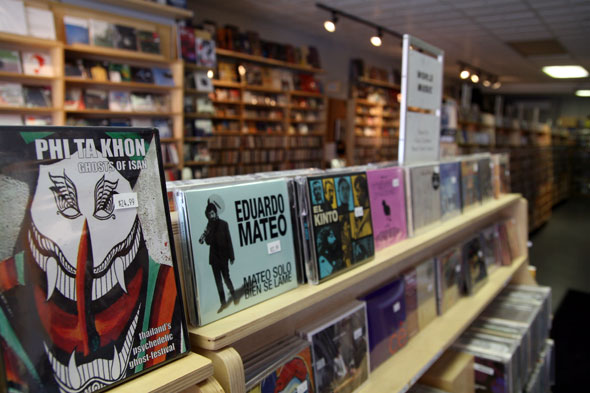 The store carries a lot of music genres. Which ones sell the most? How do these compare with sales from your selection of local indie artists?

The highest selling genres are Indie Rock/Pop, Electronic and Americana, however, we are very proud to have genres devoted to Psychedelic/Garage Rock, Prog/Art Rock, the British Invasion, French Pop and Experimental/Improv, genres you won't find in most other shops. Sales from local artists are very strong: out of our Top 40 sellers of last year, 18 were Canadian, with 11 of those 18 being Toronto-based.

How many concert tickets would you sell in a typical month?

We sell a few thousand tickets a month, the amount varies significantly depending on the time of year with Spring and Fall being the busiest times when most bands are on tour. Our ticket service charges are very reasonable (most tickets have a $1 service charge) compared to Ticketmaster where service charges seem to cost almost as much as the ticket itself! 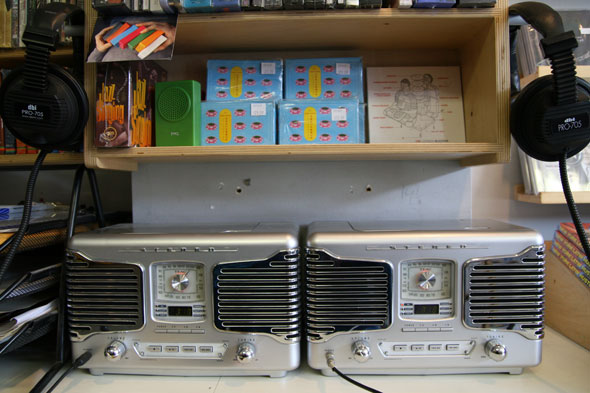 Soundscapes opened its doors in 1999. Since that time the dynamics of the music industry has changed a lot (iTunes, file sharing etc.). In what ways, if any, has this changed your approach to the store?

We are living in a time of paradise for music lovers: there has never been as much access to music as there is now. But the volume of music available also presents challenges. One of our responsibilities is to act as a filter to assist our customers in finding the music they'll love. The internet is a great tool for discovering music and we use it all the time ourselves but, in my opinion, nothing can replace the insight gained from talking to a passionate music lover who can make recommendations more relevant than any computer algorithm.

With respect to the digital download format, it has advantages (immediacy, price) and disadvantages (sound quality, limited artwork) and thus I believe physical and digital will co-exist to serve different customers. In the future, the majority of music will be digital, however, there will always be niches that favour physical artifacts. Humans, and especially music fans, are "collectors" and it's hard to be proud of a "collection" that does not physically exist.

Is there much camaraderie among independent music sellers in Toronto? Or does everyone just do their own thing?

Everyone primarily does their own thing but each store is very unique and that makes Toronto the best city in Canada to be a music fan. Rotate This specializes in vinyl, Criminal Records in music apparel, Slinky & Play De Record cater to deejays while Sonic Boom must be the largest used store in Canada. We carry a selection of books and music DVDs that you won't find in any of the above stores.

Our closest "relationship" is with Rotate as we both sell tickets for many of the same shows; if we are sold out we will direct people to Rotate who may still have some available. Also, we carry music on the Bluefog label, owned by the manager of Rotate. 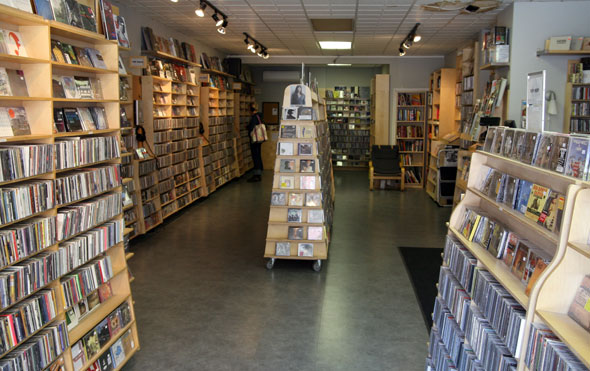 Can you describe your relationship with Wavelength?

Wavelength started about the same time we did and one of the co-founders of Wavelength was the first employee of Soundscapes so it was a natural fit with our music community-building goals. Our involvement is primarily as a long-time financial sponsor however we've also assisted in selling tickets, distributing the 'zine and spreading the word about their shows.

How often do you have in-store events and live performances?

We have between 10-20 a year. In-store events are another aspect of our community focus as most of them are of local bands/musicians and give fans a chance to see upcoming bands in a more intimate setting for free. Feist played a packed in-store four years ago and now she's performing at the Grammy's! We also host performances by touring bands that we really love like Iron & Wine, the Super Furry Animals and Jens Lekman.

What are some local artists/CDs you're recommending right now?

The #1 record in our staff Best of 2007 list was Sandro Perri's "Tiny Mirrors", a beautiful singer-songwriter record. Current 2008 releases we're enjoying include Hayden's long-awaited return with "In Field & Town" and Kate Maki's "On High" both of which are currently in our listening posts. Upcoming 2008 releases from the Constantines, Ohbijou & Born Ruffians are eagerly awaited.

Local artists to keep an eye out for are 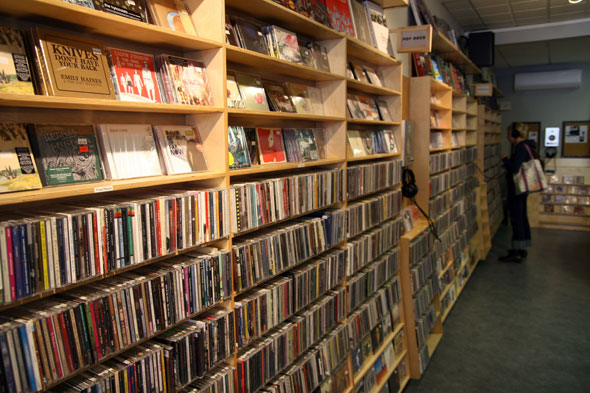 Slim Twig, Weather Station, Forest City Lovers, Timber Timbre, Laura Barrett and so many more. We often put MP3 samples of our favorite local CDs (with the permission of the musicians) on our Myspace page.