Flogging Molly is a septet out of L.A playing an Irish folk/punk rock blend. With a touch of the Pogues, the Clash and perhaps some Stiff Little Fingers they have crafted a sound of their own.

On Monday night (Family Day), the Kool Haus was packed. A sold out all-ages show on a weekday must have had something to do with reading week, which may explain all the under-age drinking on the way to and in the parking lot of the venue.

The first thing security told me as I entered the photo pit in front of the stage was if I got a tap on the back to watch out for crowd surfers. Some good advice as Flogging Molly came out and jumped right into Selfish Man off their first studio album Swagger. The bodies came sailing hard and fast. The crowd was hyped and, in addition to the bodies flying, so were the beer cans. A fellow Photographer got one can in the head about 30 seconds into it. 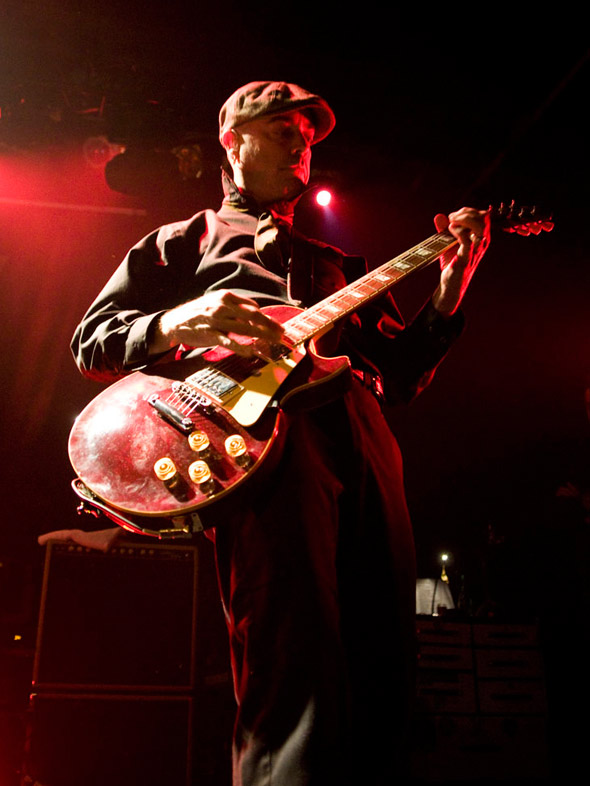 With four studio albums to their credit, the band was out to promote their most recent - Float. Six tracks off the new release mixed well with the three previous records (six songs came from the Swagger album, five off of disc two Drunken Lullabies and Within a Mile of Home got four of the night's tunes). The great mix of songs from all of their releases showed us that the band likes to give the fans a bit of it all.

The crowd stayed excited and into it the whole show. People were dancing wherever they could find room. All age groups were there from teens to couples that could have been the under-agers grandparents.

As the lights went down the crowd was screaming for more and Flogging Molly was back in a flash to please them. Black Friday Rule from their first disc opened the encore to great applause. The finale song was best saved for last as Seven Deadly Sins is one of my personal favorites and ended the show just right.

Check out more photos from the show.