When David Francey first starts talking, you forget that he's a two-time Juno winner and that his songs have been performed and recorded by artists worldwide. In a quiet voice with a hint of a Scottish brogue, he introduces himself and the other person on stage, guitarist Craig Werth.

David seems a bit shy at first, and confesses that he's a hermit-type. But then he starts telling a story about the song he's going to sing and you find yourself swept up in the tale.

On Sunday night, I heard him perform at Hugh's Room, one of my favourite concert venues in Toronto. I found out about David Francey through some musician friends and immediately got hooked on his music. His songs are beautifully crafted, his lyrics poetic yet heartfelt in their simplicity: every word counts.

"Francey writes songs that feel like they've been sung a million times in a million places by a million voices," writes Judith Edelman in Puremusic.com, and I so agree. David encourages audience participation, in fact, and had us all singing along on a few songs after teaching us the chorus.

David Francey was born in Scotland but immigrated to Toronto with his family when he was 12. He worked as in construction as a carpenter; his down-to-earth manner is evident throughout his music and performance style, and many of his songs are about the working people, from miners and factory workers to farmers and prostitutes. 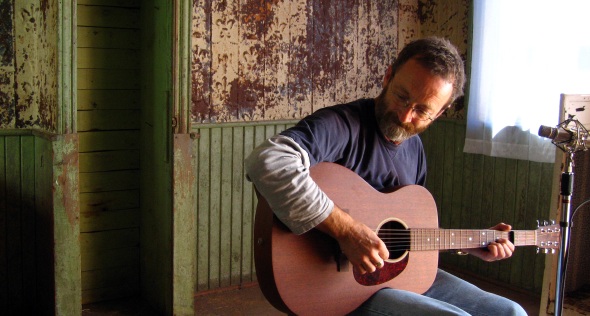 The rambling intros to his songs greatly contribute to the appeal of his performances. I love his wry sense of humour and his observations about people and life in general.

And then when he starts singing...well, you can hear for yourself by listening to some samples on his MySpace page. At Sunday night's performance, he was accompanied by Craig Werth on guitar and backup vocals. Craig also opened for David Francey and gave a strong performance in his own concert spot.

At the show, I bought David Francey's newest CD, Right Of Passage (which is apparently up for three trophies at this month's Canadian Folk Music Awards), as well as his Christmas album, Carols For A Christmas Eve. After the show, David hung out near the front door chatting with patrons.

You can find out more about Hugh's Room at their Web site, including their full concert calendar. Make your dinner/concert reservations early; tables are assigned on a first-come, first-served basis. You can opt for concert-only tickets, but you won't get as good seats.

I've found that the quality of food and service has varied the four times I've been to Hugh's Room. On Sunday night, for example, it took an hour and a half for my food to arrive and I ended up having to scarf it down (my scallops were bit undercooked but I was too hungry to care) in the eight minutes I had before the concerts began.

But I don't go to Hugh's Room for the food; I go for the music. And each time, the performances have been stellar.