Within the span of a week, I had the chance to enjoy two very different concert experiences: Method Man and his Wu Tang Clan following was all doped up at the Kool Haus a week last Saturday, while Deborah Harry and her Blondie fans were strangely made up of dope gay couples Friday night at The Phoenix.

The two performers share a New York upbringing, a successful recording career including album sales in the multi-millions, some acting experience and a few catchy tunes. But, judging by the shows this past week, the similarities end there.

Both shows were highly entertaining, but for different reasons: Method Man jumped into the crowd, stage-diving into a sea of outstretched arms, while Blondie coerced her audience to sing along as she strutted her stuff on stage.

I was surprised the heavy security presence at The Kool Haus didn't try to stifle all the pot smoking goin' on at the show. With a couple of cruisers and an ambulance parked outside at the ready, I guess they had more pressing concerns for the show. By the time the show was over I felt high on second-hand ganja and my clothes reeked. I'm surprised the R.I.D.E. program didn't pick up on this when they stopped me on my way home.

More comparisons and many telling photos after the jump.... 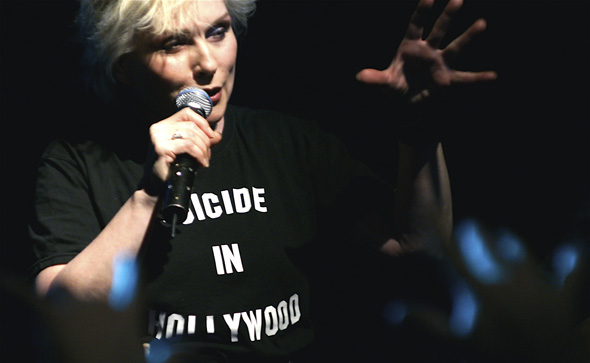 Deborah Harry and The Phoenix Concert Theatre proved to be a bit of a mismatch. She looked great on that big stage, but only about 300 tickets sold in advance. Perhaps it was the rather steep $45 tickets. Or maybe there was something else going on in the gaybourhood that night.

It could be that her fans got enough of her just last June when she toured with Erasure and Cyndi Lauper for the True Colors Tour at the Molson Amphitheatre. In any case, the promoters could've easily opted for The Opera House or made do with The Mod Club Theatre instead and they'd have had a packed house. 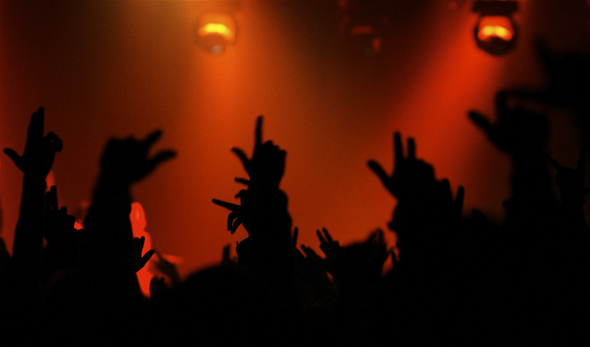 What the crowd lacked in size it more than made up for in enthusiasm. Some of the highlights included a stripped down version of Heart of Glass, where the crowd got to participate in the singing along of the chorus and the whoah-ohs. This was all fine and good, except it got a bit annoying after a while having a tone-deaf guy standing next to me shouting out at the top of his voice each time, horribly off key.

By contrast, the Method Man show was full of mostly younger kids chanting along to songs like Bring the Pain, Run 4 Cover and a cover of Naughy By Nature's O.P.P.

Meth himself had a blast. At one point he jumped from the stage into the audience, which gave security something important to do, trying to get him outta there in one piece. Later on he took a chair with him into crowd and appeared to sit high above many outstretched arms, as if levitating.

In the end, it didn't matter whether you'd rather sing along to Blondie's Rapture or rap along to Method Man. Everyone had a gay ol' time, stoned or stone cold sober.

A mini slide show follows with photos from both concerts: