Talib Kweli may get labeled as a conscious hip-hop artist enough that his next album will be titled "Prisoner of Conscious", but Thursday night at the Phoenix the Brooklyn-based MC did his thing freely, sprinkling in the odd Black Star nuggets among tracks from his latest disc, the tour-de-force Eardrum.

Not that he needed much, but Kweli's backup was DJ Blacksmith -- who warmed up the eager crowd with a medley of old school Tribe, Notorious B.I.G., AudioTwo -- and Jean Grae, one of Eardrum's several guest stars and a widely respected MC in her own right. Grae emerged onstage after Kweli had done only a couple of numbers, joining in on "Say Something", the Eardrum track she appears on.

The pair faced off, trading rhymes at a rapid clip before Grae took a solo track, during which Kweli began shooting endless cellphone videos (his crew continued capturing the performance when Kweli returned on the mic).

Eardrum received an enthusiastic response from most of the crowd -- the single "Listen!", the jumpin', sexed-up (including by Grae) "Hot Thing" and the show-closing epic version of Hostile Gospel, focusing on themes of belief and freedom of religion, which exemplified Kweli's thoughtful, passionate lyrics and delivery. Like all good hip-hop fans, everyone chanted along to beloved older cuts and newer ones alike (especially the jumpin' "Hot Thing"), proving Toronto audiences can get excited at live shows. (Well, nearly eveyrone: Gray and Kweli compared which sides of the dancefloor were more hyped, and Grae's sharp eyes picked up on any half-asleep faces, her discouragement of which she made a point of mentioning in a tone suggesting everyone had better get into this jam (now!) Their stage dynamic as a duo (along with energetic Blacksmith, who'd warmed everyone up earlier with plenty of well-loved call and response chants) worked as a well-polished team, one pouring out heated lyrics up front while the other simmered on the backup rhymes.

Interludes like briefly replacing the Blacksmith album promo with Kim Jong-Il's rendition of "So Lonely" from Team America: World Police on a large screen proved as much as crowd-pleaser as the one to two-minute break Kweli took before reappearing onstage, proclaiming "now let's make some music" and pumping out a couple more numbers as an encore. 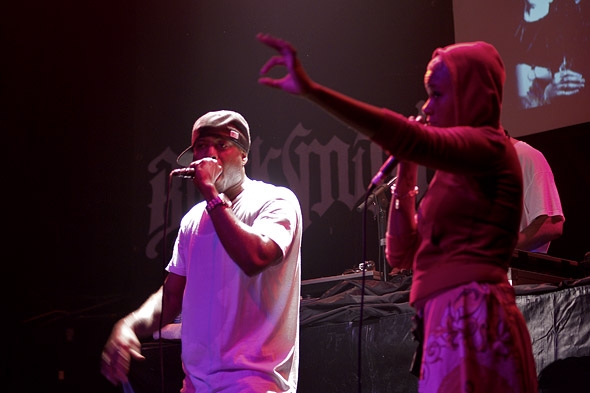 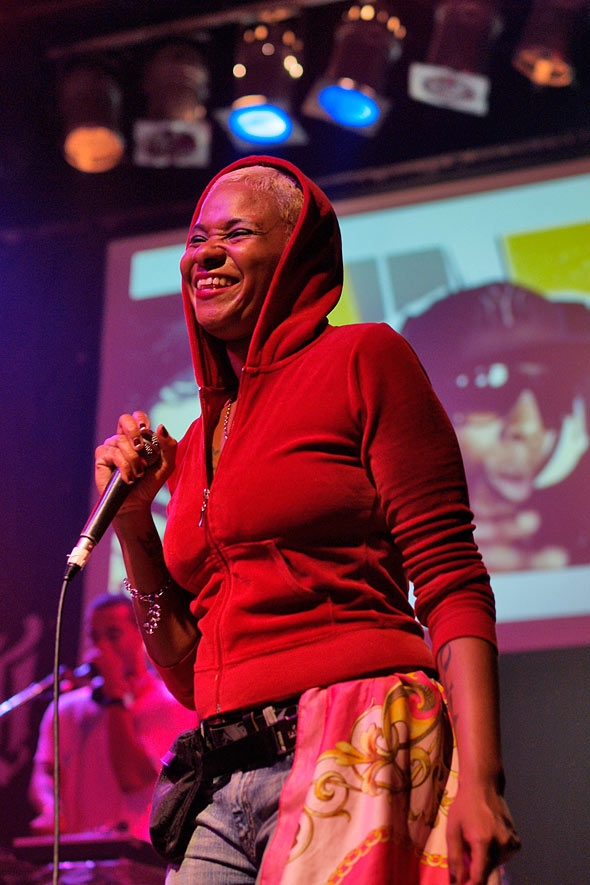 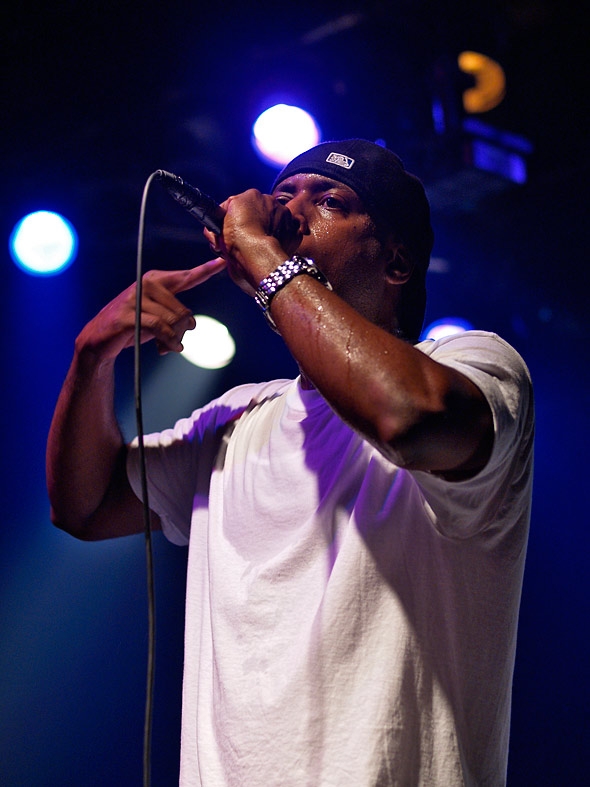 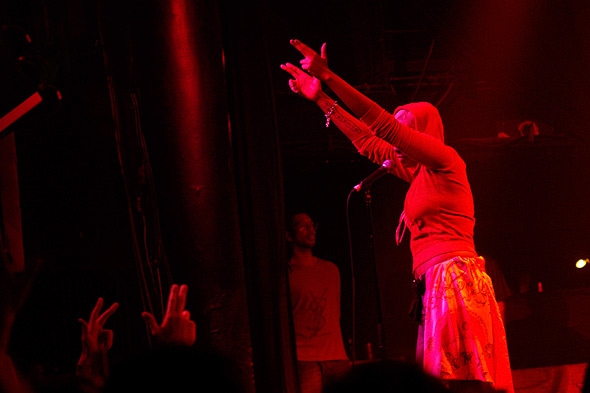 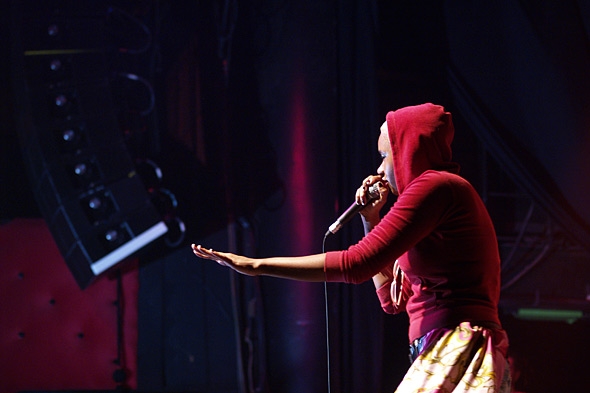