It's always hard to say goodbye to the summer, but for those participating in this weekend's Harvest Festival, the transition will be a techno-induced, fire-illuminated adventure!

Organizers of the annual autumn 'burning-man-of-the-north' festival have found their most unique and exciting location to date. Partnering with artist Peter Camani, this year's celebration is at the extraordinary Midlothian Ridge art farm. I've only seen photos, but the enormous instillations look amazing! It's about a 3-hour drive from Toronto, but if you can get up there early for a little exploring, it looks like it will be well worth it.

Scary photo after the jump, courtesy of harvestfestival.org. 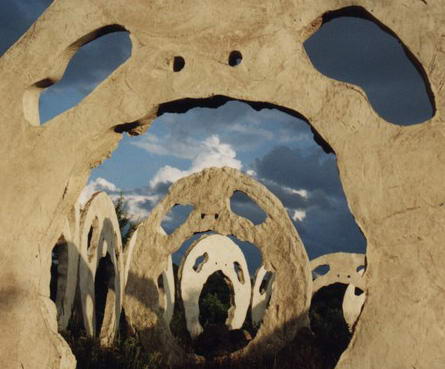 As far as the music line-up goes, there is a solid mix of DJs from Ontario and Quebec. These local veterans of the vinyl will be brining their talent to three very unconventional arenas. The visually surreal Pyramid of last year will be returning with some deep and dubby downtempo. The other two stages will likely be black-lit barns with thumping techno and trance.

But if that's too much for you, there's always a massive bonfire to retreat to, which inevitably becomes the social hotspot for the night. 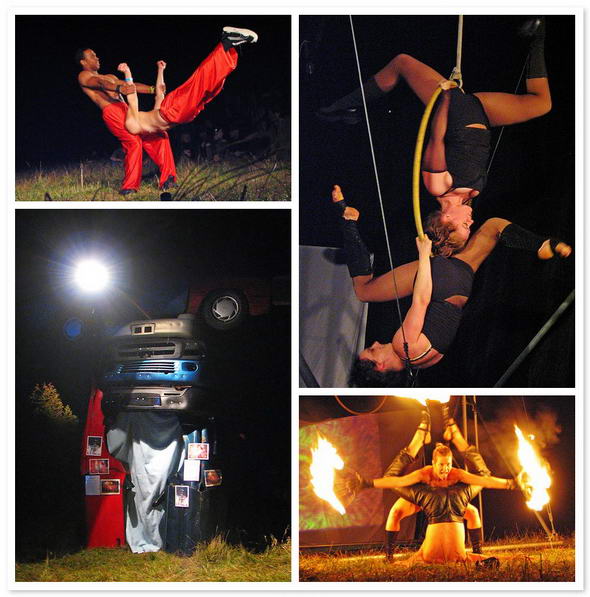