My advice; take the blue pill and saddle up. There are more awesome acts riding Toronto Pride this weekend than you can shake your dangly parts at. A breakdown of the best acts lie in wake for you after the jump.

Incidentally, every single concert is supposed to have sign-language interpreters on stage, signing along with the singers. Plastic surgery slumber party here we come.

--
These are some choice picks of some guaranteed fun. There are, however, a ton of acts playing so I'll refer you to the Pride guide available all over the city free of charge; they've got some nice tables detailing what specific acts are playing when and where. And whaddya know, I've linked to the Pride Toronto concert pages. Click the bold dates to open them up. Also, click here for a map of everything; very useful to have when I mention the stages by name.

There's a bunch of DJs playing the Central Stage like Miss Honey Dijon and DJ Quinces, but be damned if they actually have Myspace pages. WTF is up with you guys? Gah, so onto the South Stage which is getting its action from veteran "homo-hop" acts 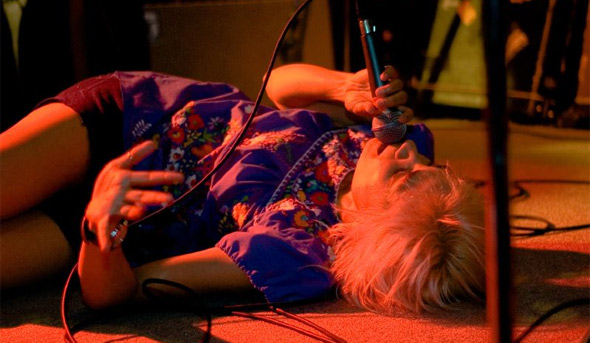 Belladonna & The Awakening at 9pm, Deep Dickollective at 10pm, and Johnny Dangerous at 11pm. NYC veteran Cazwell caps off the night at 11:30. I remember Cazwell from an old Avenue D song, what turned out to be Avenue D's only song worth listening to. Considering how outright homophobic the hip-hop world is known to be it's gonna be pretty refreshing to see these acts throw out what Pride Toronto calls "politically charged and downright nasty" rhymes; getting your ass capped might take on a whole new meaning.

This is when the fun begins! I'm already having a hard time plotting my concert traversing schedule.

The Wellesley Stage sees disco-house-poppers King Sunshine getting your toes bouncing at 4pm with some seriously peppy tracks backed by some deep percussion and pretty pretty voices. Later on you get a chance to check out The Cliks if you missed their True Colours showing, and they're warming up the stage for none other than the Indigo Girls. The I to the G really aren't my thing, but Pride Toronto forked over a dung load of cash (and tea) to get them on the stage, so someone out there must be a fan. Did I mention that Martha Wash, the voice behind the legendary It's Raining Men and C&C Music Factory's Gonna Make You Sweat is gonna be singing at 6pm.

The Village Stage plays host to lots of drag and burlesque, headlined by Genderfukt at 10pm, with support from Sylvia & the Freaks at 6pm, Colour Me Dragg at 7pm, and a few other acts on stage between 8 and 10.

If I had to pick one stage at to stay for the whole of Saturday, though, it'd have to be the South Stage. The forever hawt Skin Tight Outta Sight take the stage at 3:30pm for a half hour of unicorn power. About 40 minutes into her 5pm set, Bitch will no doubt show us why she brought The Exciting Conclusion along for her ride. Skip ahead to Dance Yourself to Death's 7pm set (I vote for Lady Bass at The Central Stage for your 6pm slot) for some lo-fi alterna-punk. Between 10 and 11pm you get a big ass electro fuck-fest with Kids on TV, Scream Club, and Jeffree Star taking their clothes off to show you what really happens down south. Seriously, Scream Club is fucking awesome; hadn't heard of them before, but crap, YES! Yes, I LIKE YOU!

If you're into DJ sets, check out the Pride Patio, as Carlos, Dr G, Sumation, Sarah Mixington, Dwayne Menard, San Fran, Geoff Kellaway and Andre Shannon will all be hanging out from 3pm - lord knows when. 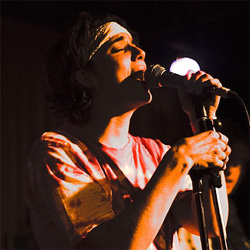 There are a lot of choices to make, or a lot of running around at the very least.

The Alexander Parkette "Alterna-Queer" Stage has a LOT going for it. First, you have Mackenzie McBride at 3:30 pm. Mackenzie is a terrible, terrible singer. I'm talking worse than William hung, and like the man himself she has a lot of die hard fans. She's so bad, she's awesome, or at least entertaining. For a few minutes... Random Order will fix your ears back up at 4pm with some classic politi-ska. At 5pm, my pick of the litter box (a very large litter box, filled by many fat cats) Put the Rifle Down take the stage. If you don't have the urge to strip naked when Hot Video fills your ears, you're deaf. But it's ok, that's why there are interpreters. Fast forward through a few acts that played on Saturday, and your left with power-pop-punk quintet Odd Girl Out (holy shit Tawni is tall!) at 7pm, electro-punk Montrealers Lesbians on Ecstasy at 8pm, Peaches' personal local favorite Priya Thomas closing the stage at 10pm. In terms of her show, think Dandi Wind, only more rokk, less sukk.

But what if you're in the mood for something a little more colourful? Well that's why the Wellesley Stage has Lena Love and her Circus opening up at 5pm. I was surprised a troupe of clowns didn't pop out of her during her set at Fly a few months ago. And hey, Lady Miss Kier of fucking DEEE-LITE is on the stage at 6pm! How awesome is that?

Here's where a problem arises; at the same time Miss Kier is deee-liting us, Donnarama is performing Madonnarama on the Village Stage. What the crap! Have Pride Toronto organizers seen fit to curse us? The only real solution is to find a long stretch of tree being slowly run through a band saw (a la WB Bugs bunny cartoons), strap yourself to it, and by the time you get through you'll be able to go to both shows at once. Or you could just turn up at the Village Stage later on for the 9pm showing of Mr. Goodhandy's Chippendales. I noticed there won't be any rescue rangers on the stage, though, so try not to drown in a sea of men. 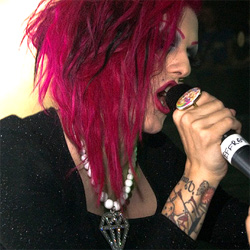 Before checking out the scantily clad pecs, you should probably make your way back to the Wellesley Stage at 8:30pm for Queer Indian Mela, which promises to be a gay bollywood-ish showcase. And you'd thought you'd seen it all with Friday's Homo-Hop performers. If the world music buttered your muffin, mayhaps stick around for Maracatu Nunca Antes' roots-ish-ness, taking the stage right after Queer Indian Mela.

The ladies own the South Stage from 4pm-7pm, with Hunter Valentine's cock rock leading right through to three time Juno-winner Carole Pope's close out of "Dyke Rock City". Afterwards, TK vs. DB and Jelo vs. Deko-ze bring back the original rave scene starting at 8pm.

Again, if you're all about the DJs, keep your neck in the Central Stage and Pride Patio wooded areas. Lotta vinyl to be spun.

Christ, is that enough music for your ears? Maybe even your mouth, nose, and balls as well?