If you're looking for the origins of why reefer fiends everywhere celebrate 420 - the code for weed applies to that time of day as light-up time, and thus today as a chonged-up version of that ritual - check out the fresh grind on Snopes.com's entry.

And yes, count Toronto in as one of the "various free-wheeling cities" celebrating with a "hemp fest" (today, yes, and a massive one coming soon). Looking to have a smokin' good time this fine Friday? Day or night, check out a wee selection of the city's fine strains. 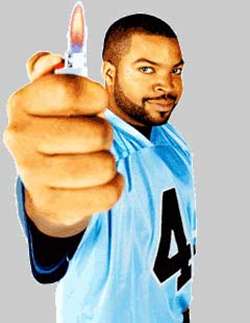 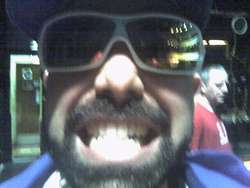 Sun Is Shining, goes one Bob Marley song. Got To Have Kaya Now, maintains another. Dayside, your friendly neighbourhood pot activists are meeting at Yonge and Dundas at 2PM for a protest followed by a cannon at the magic hour. Details are posted here, along with those for a similar Hamilton event. Other daytime celebrations will no doubt take place at Kensington's Hot Box and Sublime cafes.

As for my own night time picks n' trims?

If you can't swing the mashups-and live electroclash thing at the Opera House or the junglist function Light It Up, float into White Orchid, where DJs General Lee, Natty Lock, Baracuda and Sess.ion take care of you with doses of ragga jungle and dancehall, among other special touches prepared just for the occasion. $5

But for those jonesing for hip-hop, DJ Numark of L.A.'s Jurassic 5 and Blend Crafters headlines an intimate show along with Serious and Fathom. That New Kicks crew knew what they were doing making this the kickoff to their new Friday weekly at Vogue Bar: Numark is one of the most respected knob-twiddling producers and DJs around, and with a new J5 joint about to drop July 25, this show presents an opportunity to check out a Soul Stew from the man behind those original beats that back those live MCs. DJ Numeric summed it up: "This night works for me because I like Numark and weed." $10 before 11PM, $15 after (limited capacity)

And once again, though not billed as a 420 event, iPod Battle 3 hits Aradia Fitness for a musical showdown!

Got something (another event, say) to share? Feel free to pass that shiznit along like cheeba in the comments below.