Image from The Phat Conductor

Here's the skinny on The Phat Conductor's new album, straight from the mouth of the artist, "an apricot named Walrus."

"I don't want an album of [just] eight DJ tracks," says the producer, DJ and audio/video mashup maestro beloved by many of Toronto's electronic dance music fans, breakbeat fiends in particular. The disc, which he drops this Saturday at Footwork as part of the much-anticipated FreQ Nasty tour stop, showcases several different aspects of Walrus (a.k.a. Dylan)'s musical projects. He's released "a ton of singles", may of which appear on the album alongside "tons of unreleased stuff": DJ album samplers, remixes, tracks from his midtempo, experimental alter ego [Updated] Dao Jones and from his band Department of Motion, fronted by Clara from Girl Deluxe and featuring guitarist I Level & engineer Stu Young of Metalworks -- "hardcore studio guys who record Blink 182 and Prince ... [Stu's] won Grammys and shit." He's also making the tracks available as both a full DJ mix, to which he add "extra elements and interludes" during his live set, and as separate tracks DJs and producers can remix.

The night kicks off event for a new series by DJ/promoter group Activate called Think:In that aims the spotlight each time on "a different genre of music that will make you lose your sh*t on the dancefloor." On top of the new event series, spearheaded by breaks/tech house DJ Robb G -- "well renowned for quick and solid mixing", enthuses Walrus -- the two above cohorts are unveiling a new release, Chunkasaurus (funky-chunky breaks)/Total Destroyment ("electro cock rock action") on G's Promo Records label.

As for Dylan/Walrus/Phat Conductor, the diverse styles (hard "steppy" breaks, dubstep) Kiwi star FreQ Nasty's bringing to G & Activate's party shouldn't overshadow the support this local artist rightfully receives. The event serves as a sendoff, too, as Walrus heads off to Cali later this month to tour "on a big veggie oil bus" with the singular Lorin Bassnectar to promote that DJ's new OM records joint Underground Communication. The two collaborated on a track about Net Neutrality, sharing newscast video clips over IM and sampling them to create a mashup commentary on the Internet freedom issue (allowable under fair use laws). [Updated] Check out the resulting MP3: Rantapella! 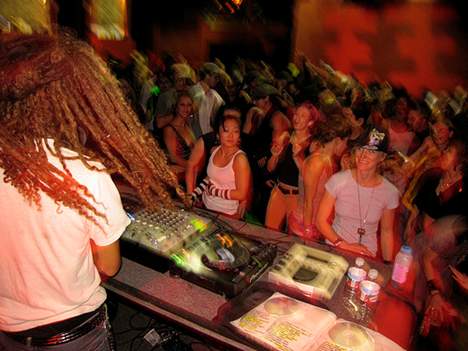 Image of FreQ Nasty from Maven of Mekka's flickr

Tyler, The Creator is coming to Toronto and people are freaking out