The bomb disposal squad was called in and there's been a G20 security-related arrest in the Bathurst and Lawrence area. Not much is yet known about the threat or the intent, but what we do know is that 37 year old Forest Hill resident has been charged with a slew of offences including: intimidation of a justice system participant by threat, intimidation of justice system participant by watch and beset, mischief interfere with property, attempt mischief, possession of explosive for unlawful purpose and possession of weapons dangerous.

The Canadian Civil Liberties Association and the Canadian Labour Congress are hoping to obtain a court injunction that prevent the Toronto Police from using sound cannon devices this weekend. They're hoping for a judge's decision today, but won't likely hear it until Friday (and I'm thinking there's little chance that the injunction will be granted... in the interests of security but of course).

Will the Canada Post mail carrier who was caught sleeping on the job, inside a grey post box, be the new TTC sleeper? All we've got to work with is the small photo on this Toronto Sun story, but it should be sufficient for the Photoshopper's needs. Send them to me at jerrold@blogto.com and I'll post the good ones.

Police from Barrie have been seen cruising in Toronto, and if anything major goes wrong up in Muskoka at the G8, 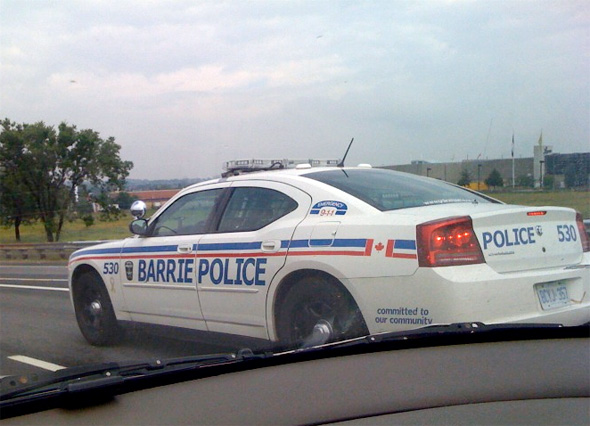 Barrie is where the security response will be headquartered.

After five full days of deliberation, the jury in the Toronto 18 case have still not reached a verdict for the charges the final two accused face.

Mayoral candidate George Smitherman would like to see Toronto EMS merged with Toronto Fire, and laws put in place to prevent these services from operating at reduced staff levels during labour disputes.

Toronto has made it onto the new Canadian version of the Monopoly board game. It's not a very prestigious or high payout property, however.

There's more hot air talk about the privatization of some of the province's Crown corporations, including the Ontairo Power Generation, the OLG, and the LCBO.

And the Toronto Star is leading today's GTA section with a fluff piece on protester fashion and tear gas.