West End Food Co-op's Food Hub is Toronto's newest co-operative grocery store, and the first one to open in the city in about 25 years.

Located at Queen and Dufferin in the lower level of the Parkdale Community Health Centre , this food shop was actually conceived six years ago, says retail and kitchen coordinator Ayal Dinner. "But it takes a lot of capital, and a lot of time," he says. "We just didn't have it then." 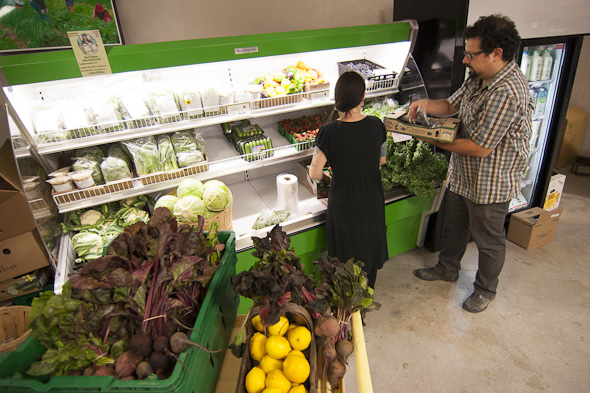 So the founding members instead focused on fostering a weekly west-end farmers' market, which most community neighbours know as the Monday afternoon Sorauren Farmers' Market . That farmers' market has been connecting local producers with the community since 2008, building a roster of about 35 vendors offering everything from organic kale, to free-range venison. 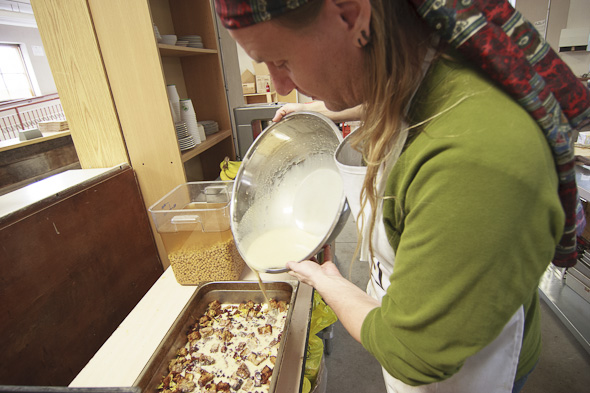 Many of those same vendors are offering their goods in the new Food Hub space, which had undergone an eco-friendly renovation in prep for its grand opening just one week ago. "It was amazing," says City Seed farmer Erica Lemieux, who offers her locally grown produce at the Sorauren Farmers' Market (and is looking to get into the Hub). "We had about 700 members before the launch, and another 150 signed up on that same day." 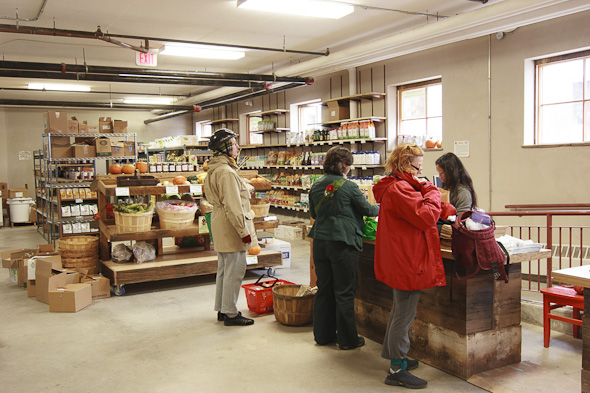 A lifetime membership at the Food Hub is $5, and it allows "eaters" to peruse the shelves as well as participate in various co-op activities.

"It was really the community that helped us get this off the ground," Ayal says as he walks me through the space. "It took a bunch of fundraising and most of what was raised came through community bonds. Ayal says there are about 200 bondholders that have invested anywhere from $100 to $4000. "Because we didn't get a loan from a bank or sit down with one investor offering a couple hundred thousand dollars, it took a lot of time." 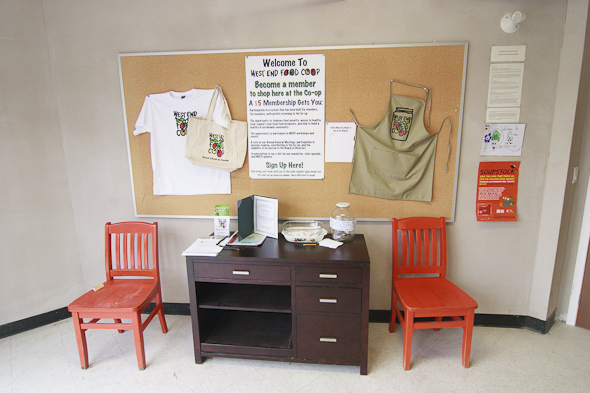 But naturally, a single large donation isn't really the West End Food Co-op (or any food co-op, for that matter) way. "I think our society's culture is geared more toward the concept of the individual," Ayal says when I ask why Toronto has experienced such a drought in new co-ops over the last 20 years. 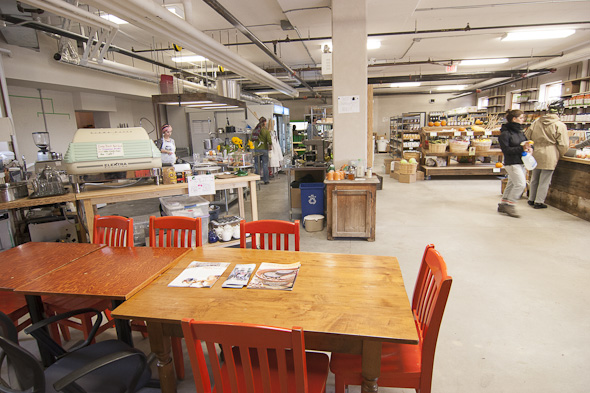 There's Karma in the Annex and The Big Carrot (a worker's co-op) on the Danforth , but both were established several decades ago. "It takes a lot of time, a lot of money. And compared to other countries or even over in Quebec, which is just right next to us, there's not a lot of support." 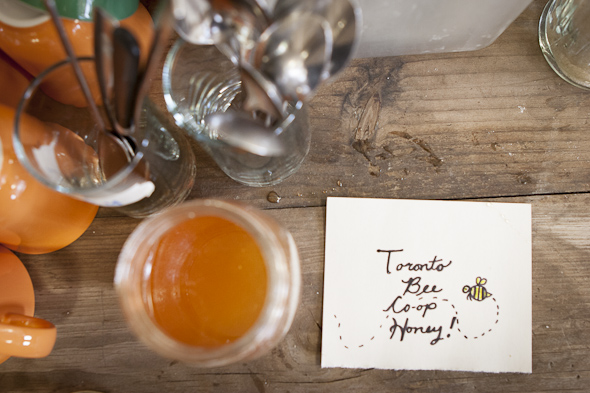 The West End Food Hub has found support, however, and it already boasts a healthy selection of fresh produce, meats, pantry items, and household supplies. Among its offerings are jars of tomato sauces ($5), pear chutneys ($6), strawberry balsamic jams ($6), and more from its Community Cannery, which has moved much of its operation to the Food Hub floor.

There's also hot coffee on offer from ChocoSol (plus lots of ChocoSol products to take home) and fresh breads to come from suppliers such as De La Terre and Alli's . 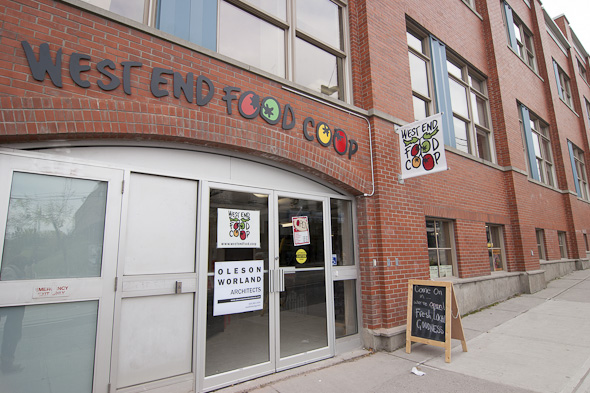 In terms of meats and produce, most everything is labelled with the name and details of the source farm, and items are seasonal/local/organic as much as possible. The Food Hub is currently open Thursday and Friday from 11 a.m. to 7 p.m. and weekends from 9 a.m. to 5 p.m., with Wednesday operating hours to be added to the schedule within the next two weeks.