Sausage Partners, to the perpetually immature, will always be the perfect name for a low-grade adult film series. But to the people of Leslieville and surrounding areas, it signals high quality natural meats and produce.

Sausage Partners is a new Queen East shop specializing in hormone-free, antibiotic free, and naturally raised meats. While the business was originally borne from the fanfare surrounding owners Kyle and Lorraine Deming's homemade sausages, the spread at the shop includes everything from duck breast ($2.20/100g), lamb prime ($2.20/100g), smoked bacon ($1.55/100g) and even fish such as organic Irish salmon ($4.84/100g) and speckled trout ($3.30/100g). 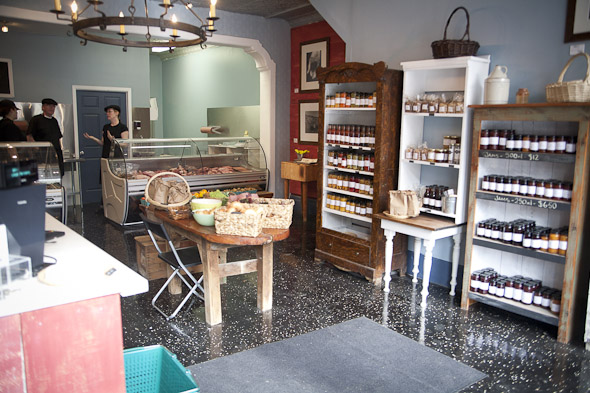 And that's just on the carnivorous end. Sausage Partners' centre table is reserved for fresh, organic (though not necessarily certified) produce, which is mostly limited to what's in season. Pumpkins, carrots ("They were just pulled out of the ground yesterday," Lorraine says), cabbage and more; and for a taste of the off-season, there's Lorraine's homemade jams ($12/500g) and sauces. 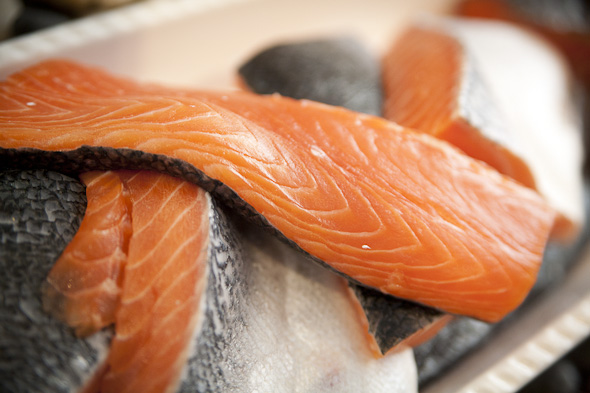 "We want to be a one-stop shop," says Kyle, who is the former Starfish and Ceili Cottage chef. "Sort of what a general store used to be." 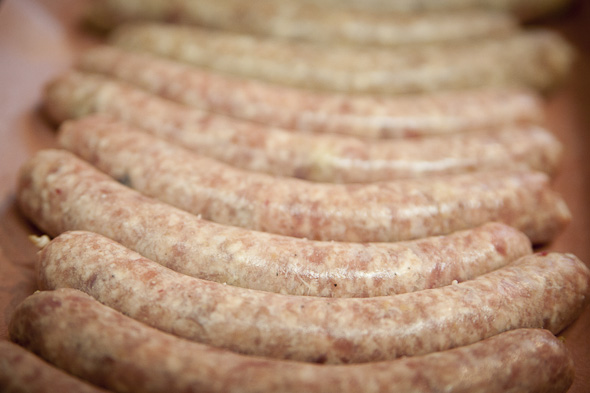 The process has been a long one for Kyle and Lorraine. It has been several years from conception to construction, though they've been using the time to get to know local farmers and the people at Kawartha Ecological Growers and Ontario Harvest, from which they now source their meat. (They get the whole animal, and butcher it themselves.) And though Hooked is not far down the road, Kyle and Lorraine decided to add sustainable fish to their offerings, which now include line-caught halibut and Vancouver spot prawns. 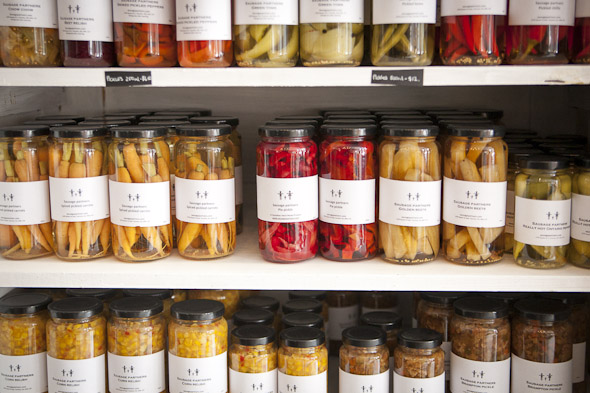 "When you start with great meat," Lorraine says, "you don't want to mask it with a lot of spices." 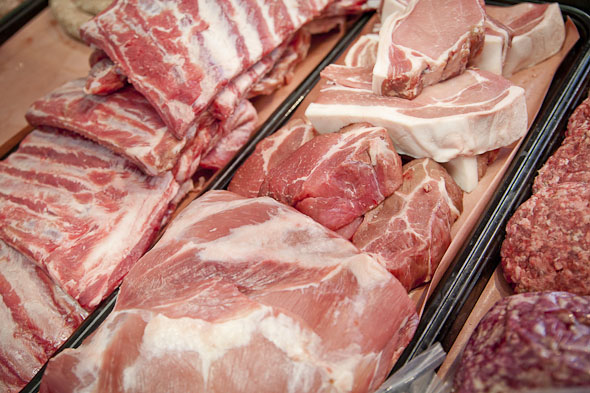 Where a few more ingredients do play a role is in the Sausage Partners' prepared dishes, which include everything from cookie dough to soup stocks, sticky toffee pudding, meatballs, and haggis (Lorraine was born in Scotland). The couple is also putting together a monthly meat club, where boxes will contain different cuts each month. 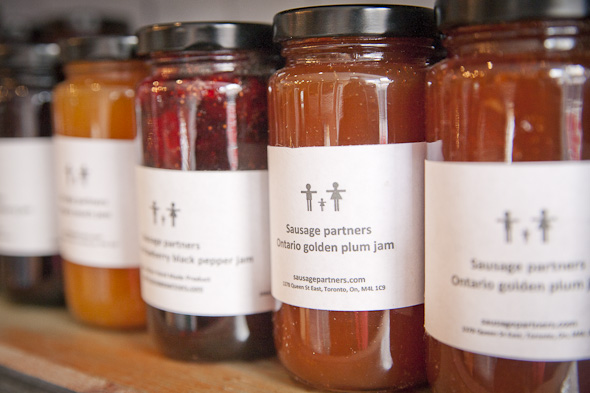 The next few weeks at Sausage Partners will see the arrival of some game animals and seasonal meats (such as turkey for the holidays), which, like everything else, will be naturally raised and hormone-free. Now if we could only get those tainted "Sausage Partners" title ideas out of our heads... 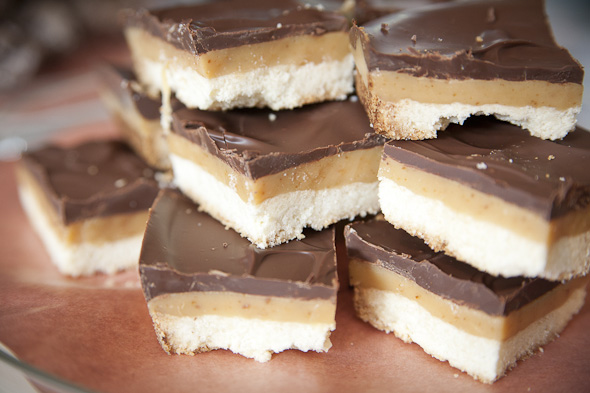 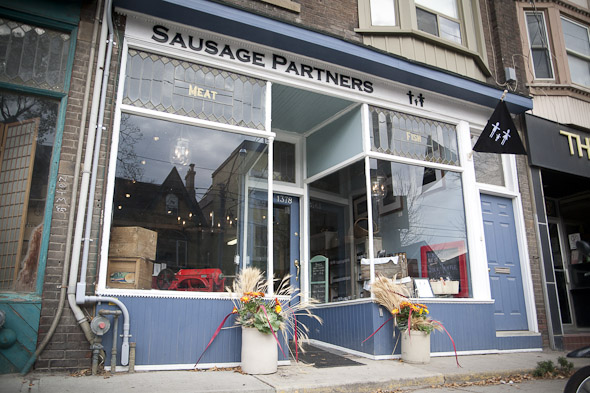