The Meat Dept is the beloved Danforth butcher many once knew as The Friendly Butcher. It just has a different name now. Owner Zach Davidson broke from his then-partner about one year ago, and has since transformed The Meat Dept into something wholly his own.

The space is still a butcher shop, of course, but it's also a place to test out the chef's famous recipes. And a place to swing back a Cameron's . And a place to continually debate the chalkboard list of athletes that are and are not welcome at the shop. 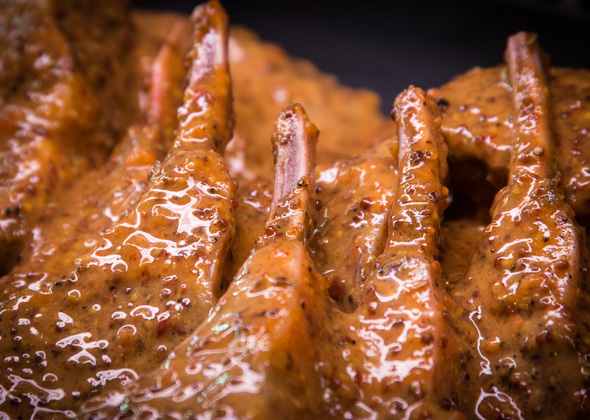 "David Beckham's on the 'Not Welcome' list," Zach says, "if only because his voice doesn't match his body." If you couldn't already tell, The Meat Dept is as much about character as it is about ribeyes. 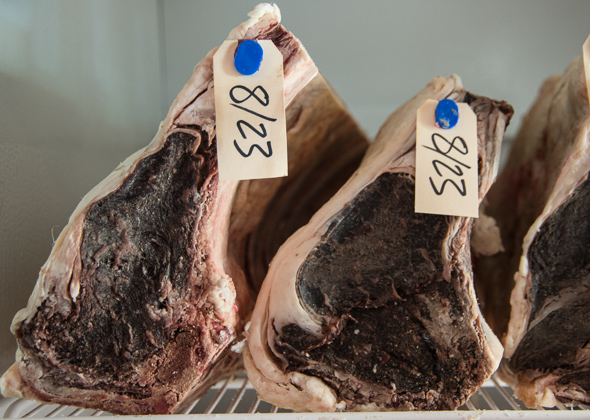 "You know when you go to the movies," Zach says, leaning beside a Maple Leaf Gardens chair he won in a drinking contest in university, "and you see a place that just looks so great? But you think nothing like that ever exists in real life? I've wanted this shop to be just like that." 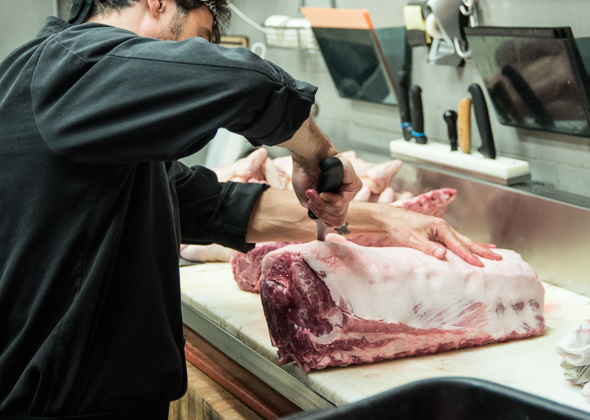 And while the atmosphere is pretty great with friendly chatter emanating from all ends, the aroma from the counter of marinated meats is even better. There's Mango Jerk, Rosemary Balsamic, and Maple Teriyaki-marinated meats all in a row, along with naked cuts of prime rib ($15/lb), lamb rack chops ($24/lb), and boneless, skinless chicken breasts ($10/lb). 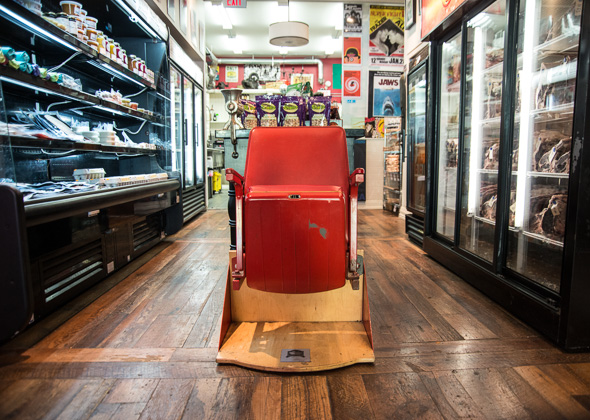 Zach tells me that he and The Meat Dept team are less concerned with "certified organic" than an overall understanding of where their meat comes from. "Organic doesn't necessarily involve the treatment of the animal," he says. "Most of our stuff is local; we aim for a goal of 70 per cent." 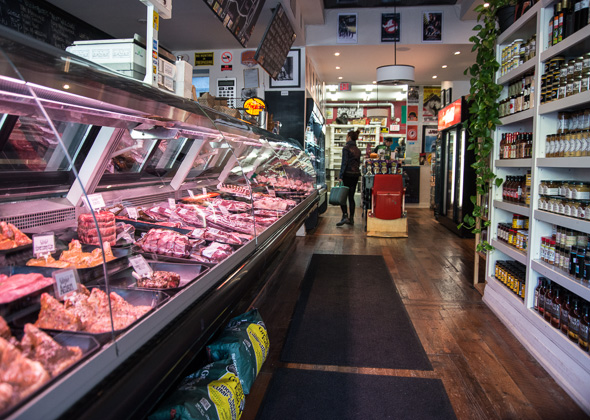 The Meat Dept's chickens are mostly from Mennonite farms, its pork is from Perth , and its steak is dry aged on site in a cooler labelled with, uh, "Coca Cola."

"We'll change that to Cameron's soon," Zach says, adding that he hopes to get all if his staff Smart Serve certified by the time the big LCBO moves in across the street. "I'd like to do some pairings in the store," he says. "And offer recommendations on what goes well with what meats." 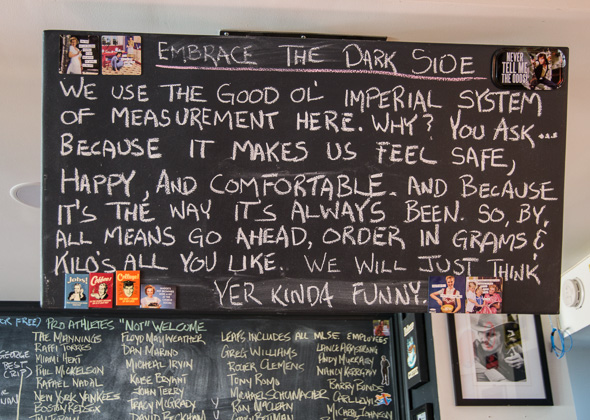 Until then, The Meat Dept will continue to offer its daily sandwiches, marinated meats, and other grocery options, and is always willing to take new suggestions for its list of "unwelcome" Meat Dept athletes. 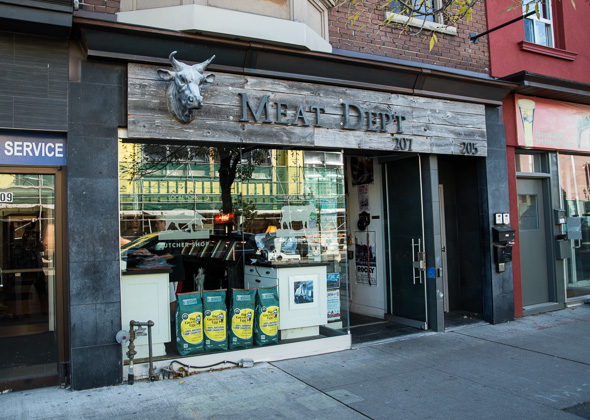