Karma Co-op is a not-for-profit food store tucked away in a residential area on Palmerston Ave. Though it has served as an alternative to commercial grocery stores for nearly half a century, Karma is still easy to miss.

After a few wrong turns, I realized I had to actually wander down an alley to get to Karma's entrance. From the outside it seems as though someone's set up a makeshift store from his or her den, but inside there are rows of packaged food, bins of bulk items, meats, produce, household products and more. 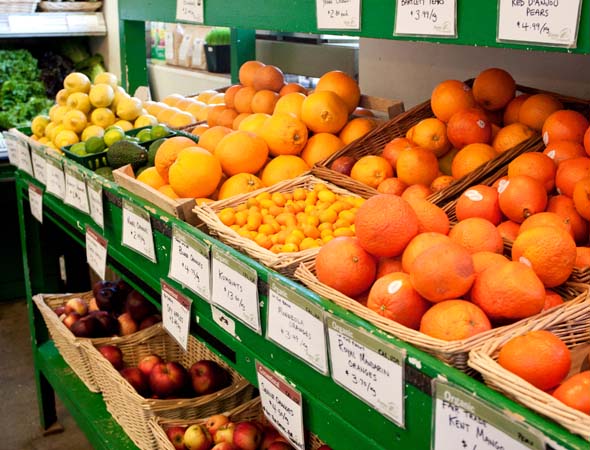 Karma's members are also its owners, who contribute back by working at the store, volunteering their services, or participating on one of Karma's committees.

Members used to be required to pay a loan of $100, but ownership has changed recently and that figure is in debate. Meanwhile, membership fees are $12.50 for three months or $45 per year. 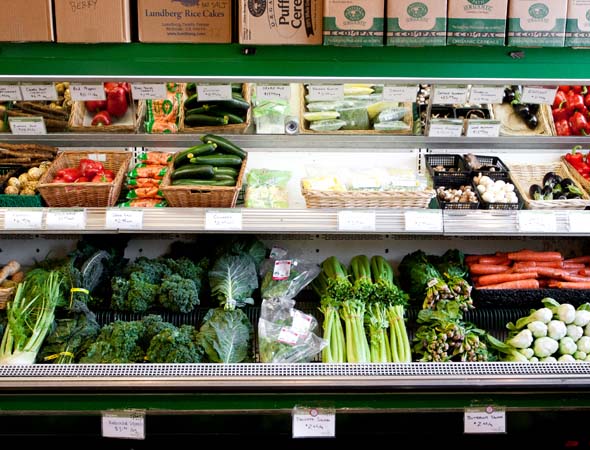 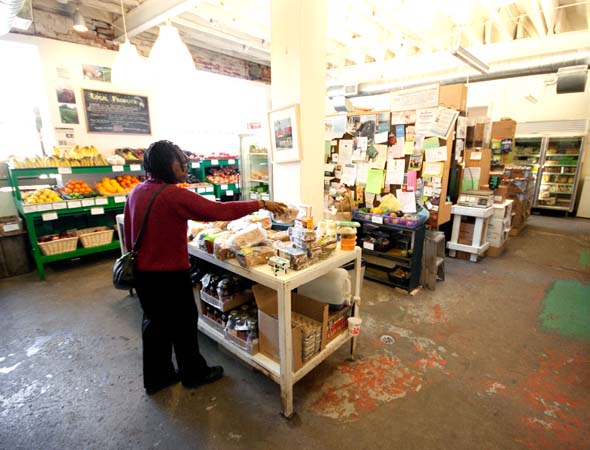 Unlike in most grocery stores, many of the fresh item descriptions at Karma not only tell you which province or state they're from, but also which farm produced the product.

For example, when I visited Karma had stocked up on eggs from Hope Eco-Farm in Aylmer, Ontario ($5.32/doz). 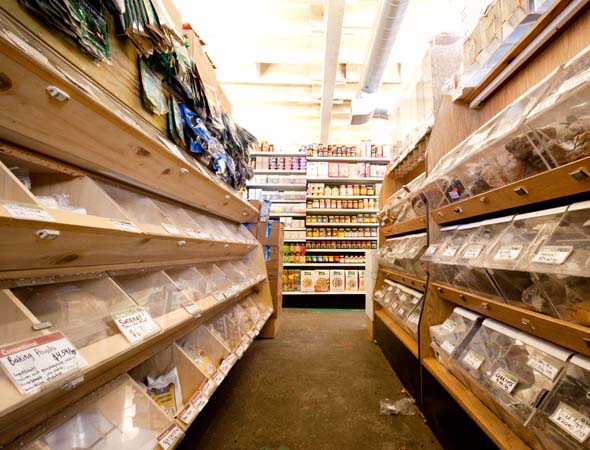 The chalkboard in the produce section also lists how many locally grown items are in store on any given day (46, when I popped in) and Karma's Twitter feed lets members know when new produce will be in store. 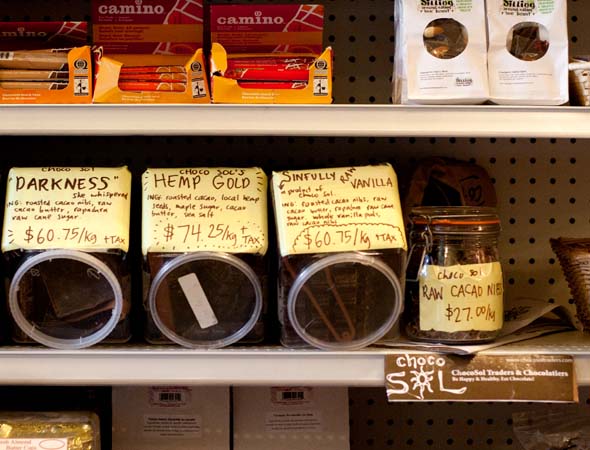 And the impulse buys near the cash? Well, you probably won't find info on LiLo's latest rehab stint, but you can pick up a copy of Shameless , Bitch , or Adbusters . And lots and lots of fair trade chocolate. 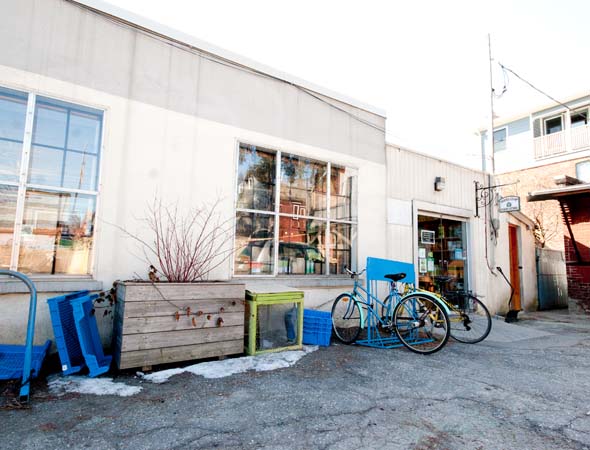