Jinglepear Deli is a vegan deli offering groceries and a counter of homey meat-free eats.

This simple store, ironically enough, has taken over the neighbourhood's decades-old butcher shop with a stock of healthy pantry goods like organic soy milk and ready-made meals. 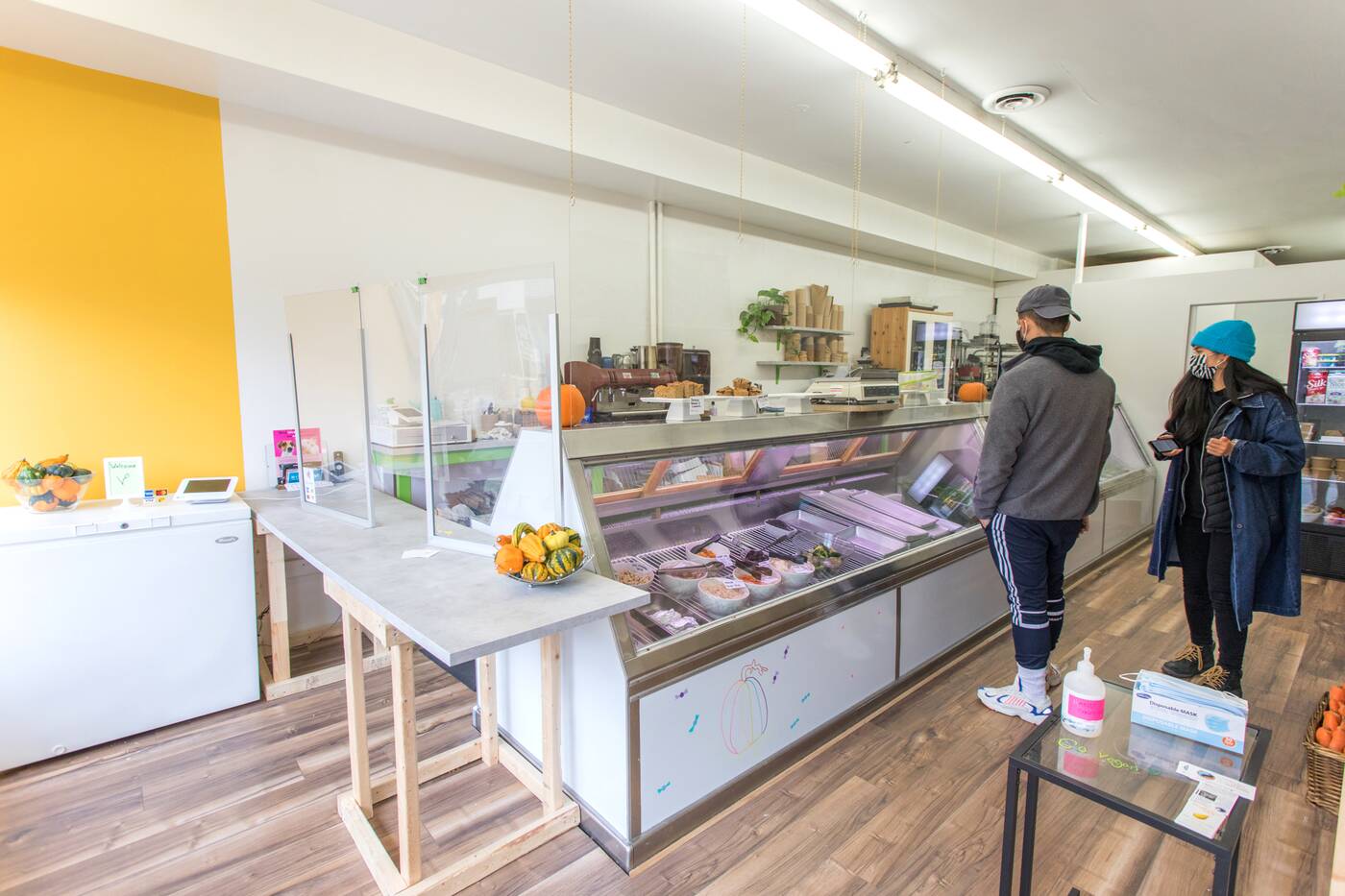 Owner Sinead Hammons says she's been vegetarian for more than 25 years. But it wasn't until she went vegan that she realized animal-free grab-and-go products are pretty hard to come by.

The shop — which gets it super cute name from one of Hammons' kids lexicon of made up words — is stocked with easy essentials. 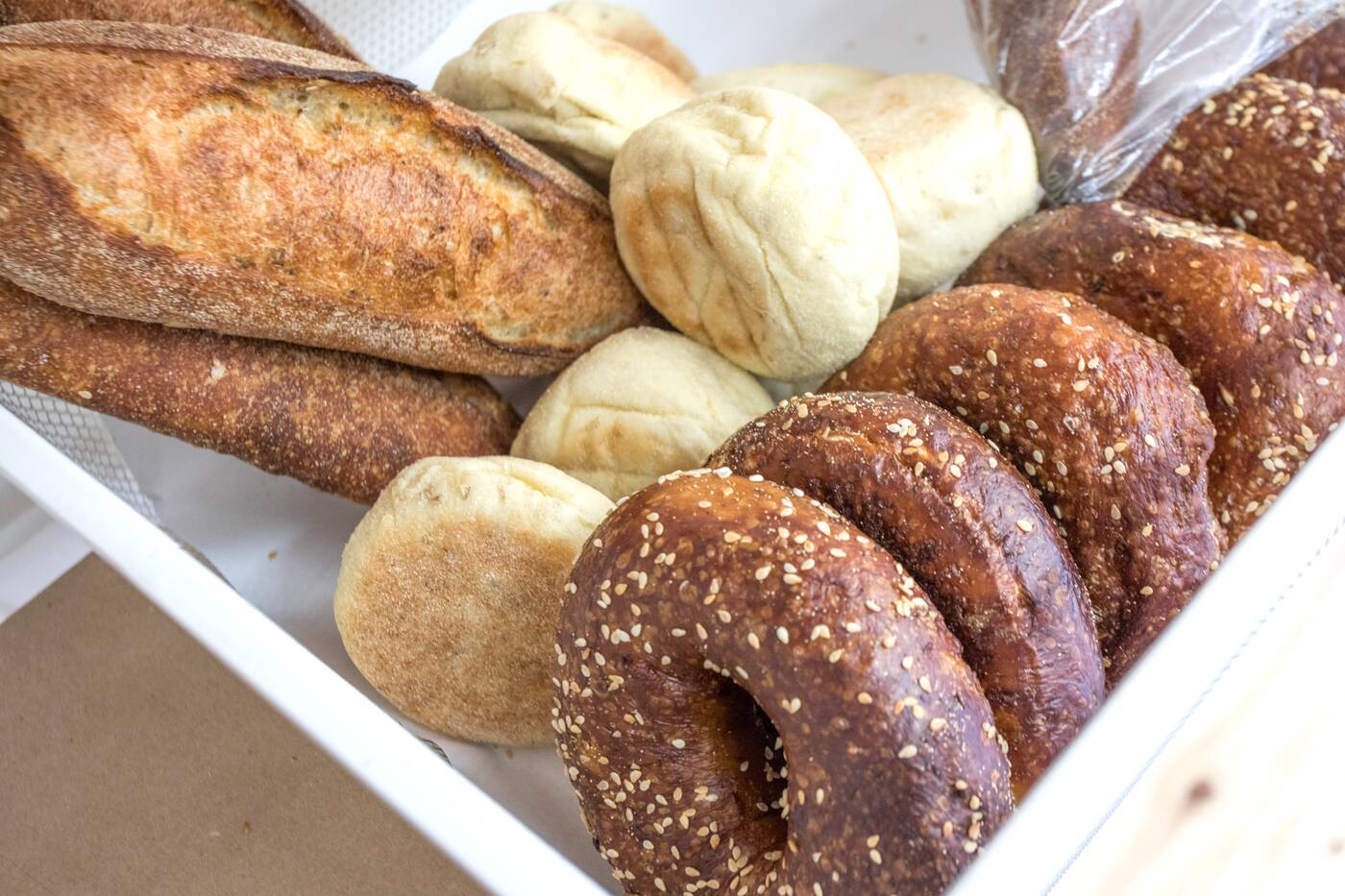 It gets as handy as cut up sticks of celery and carrots for $1.50 per bundle to go with small tubs of Sunflower Kitchen hummus. 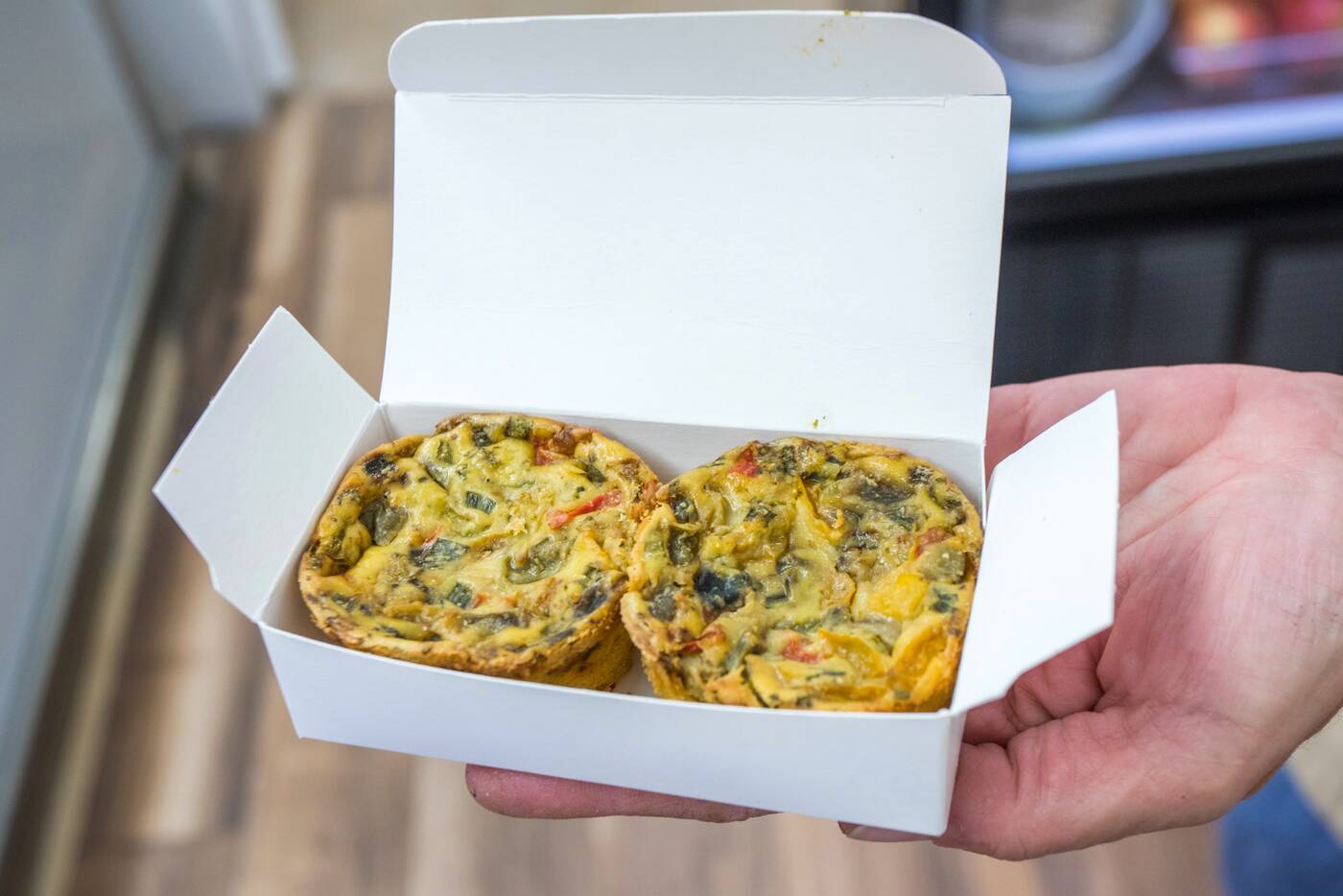 Another misconception about vegan eating: it's expensive, especially when you're buying pre-made food. 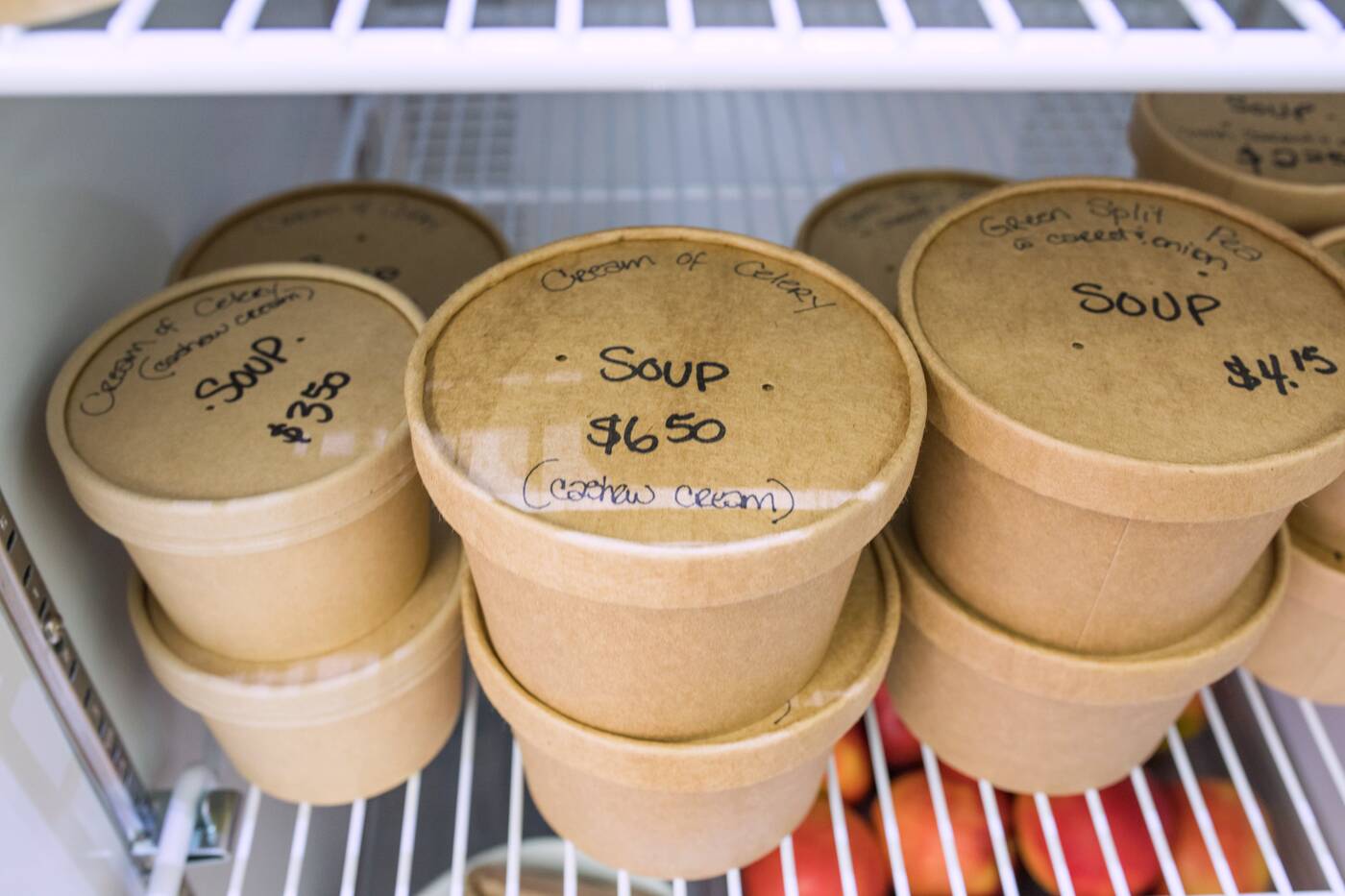 Jinglepear's pricing is reasonable across the board. Baked potatoes are $1.50, soups like cashew cream or split pea with carrot and onion run from $3.50 to $6.50 a portion. 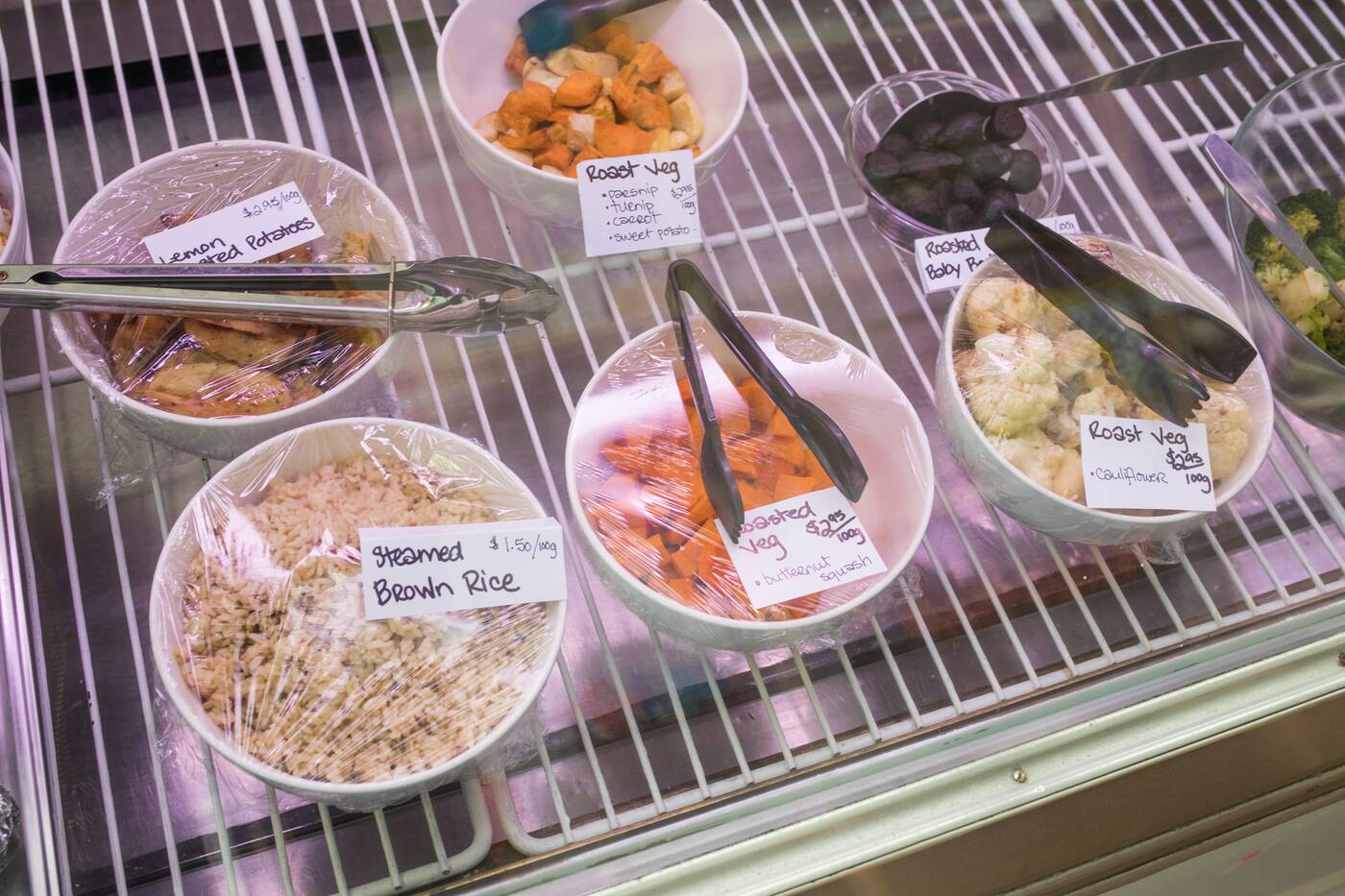 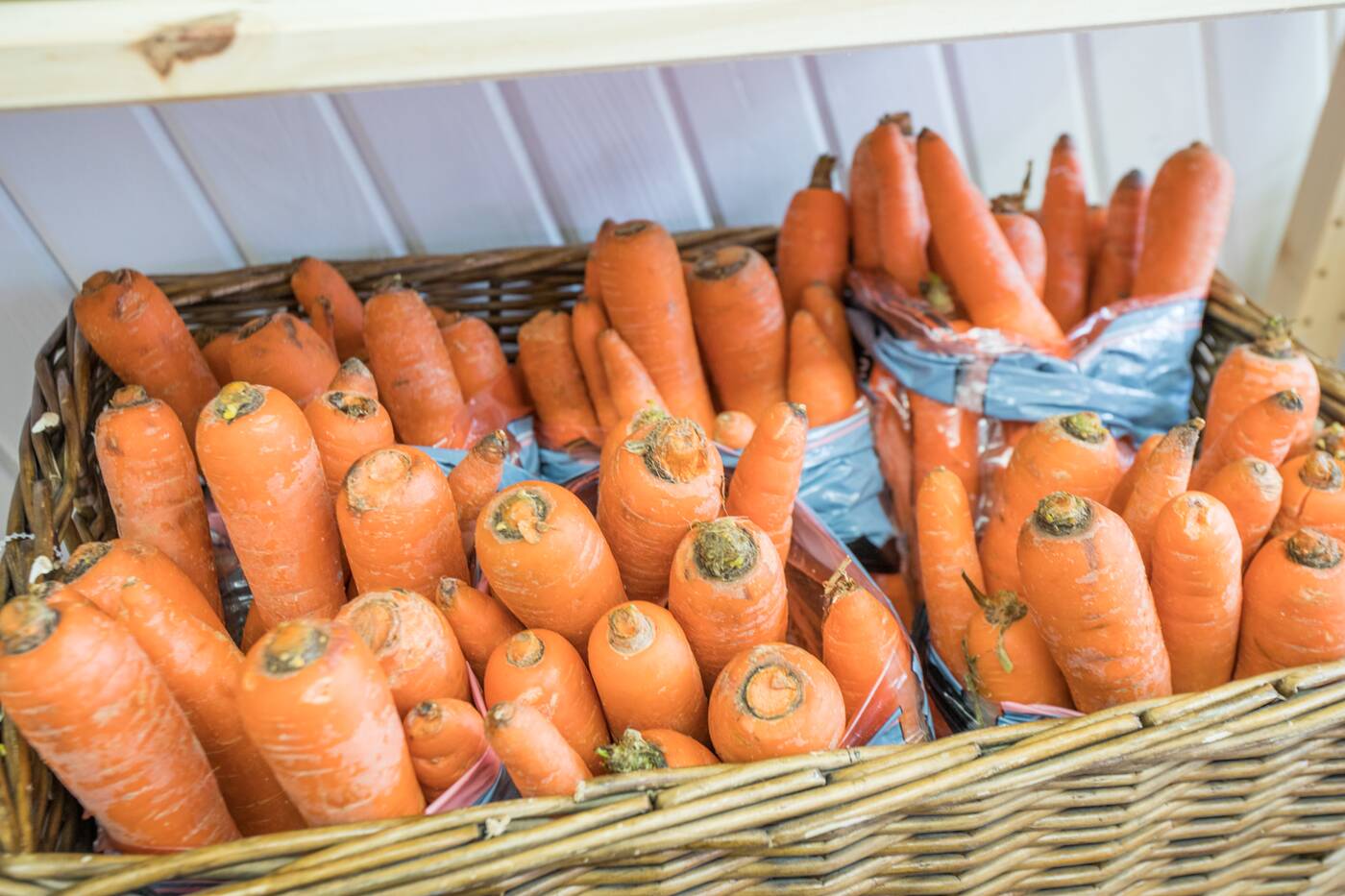 The basics are covered here: come in for French beer baguettes by Spent Goods or a bundle of carrots, and leave with a few containers of Hammons food for dinner. 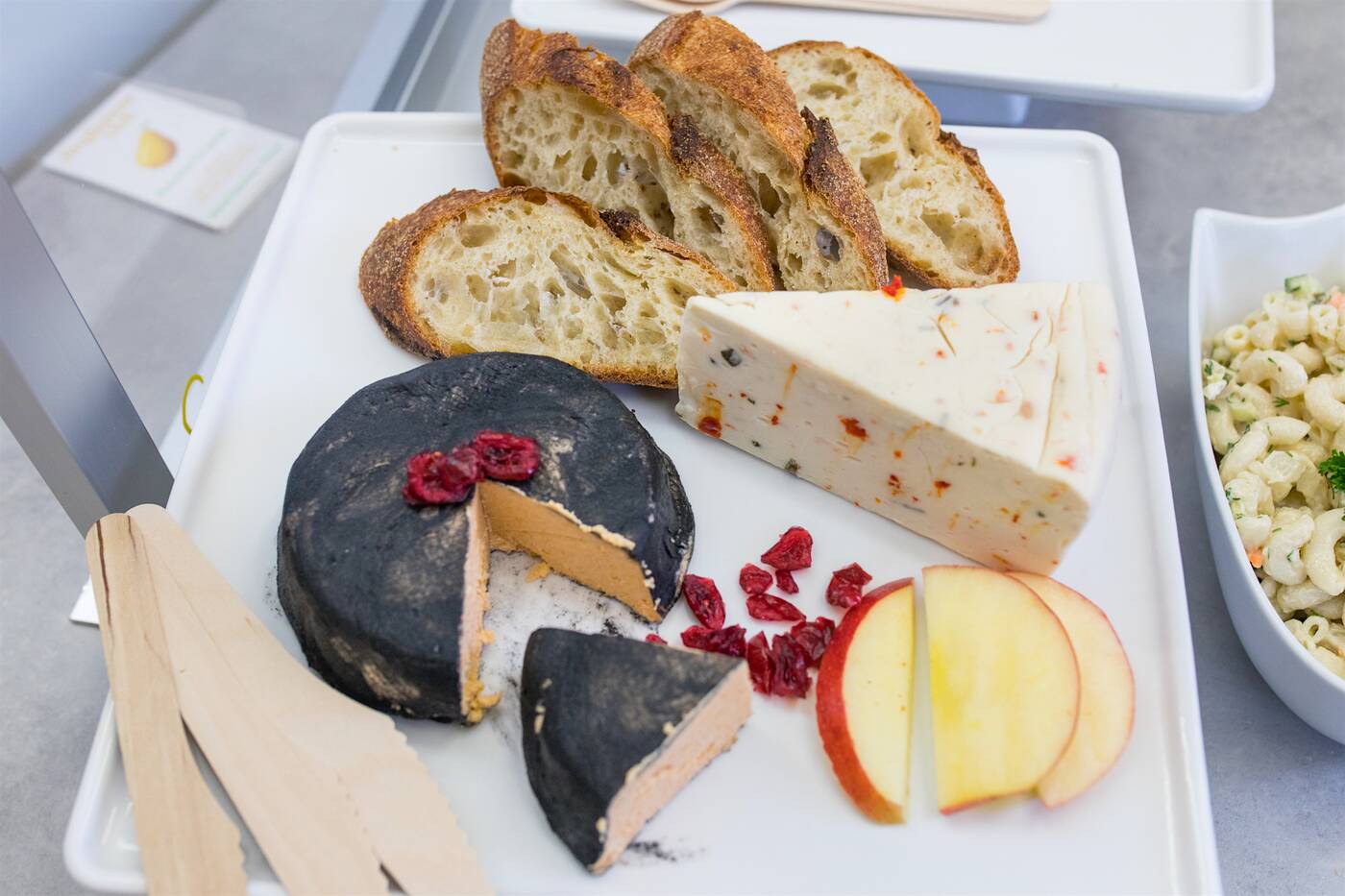 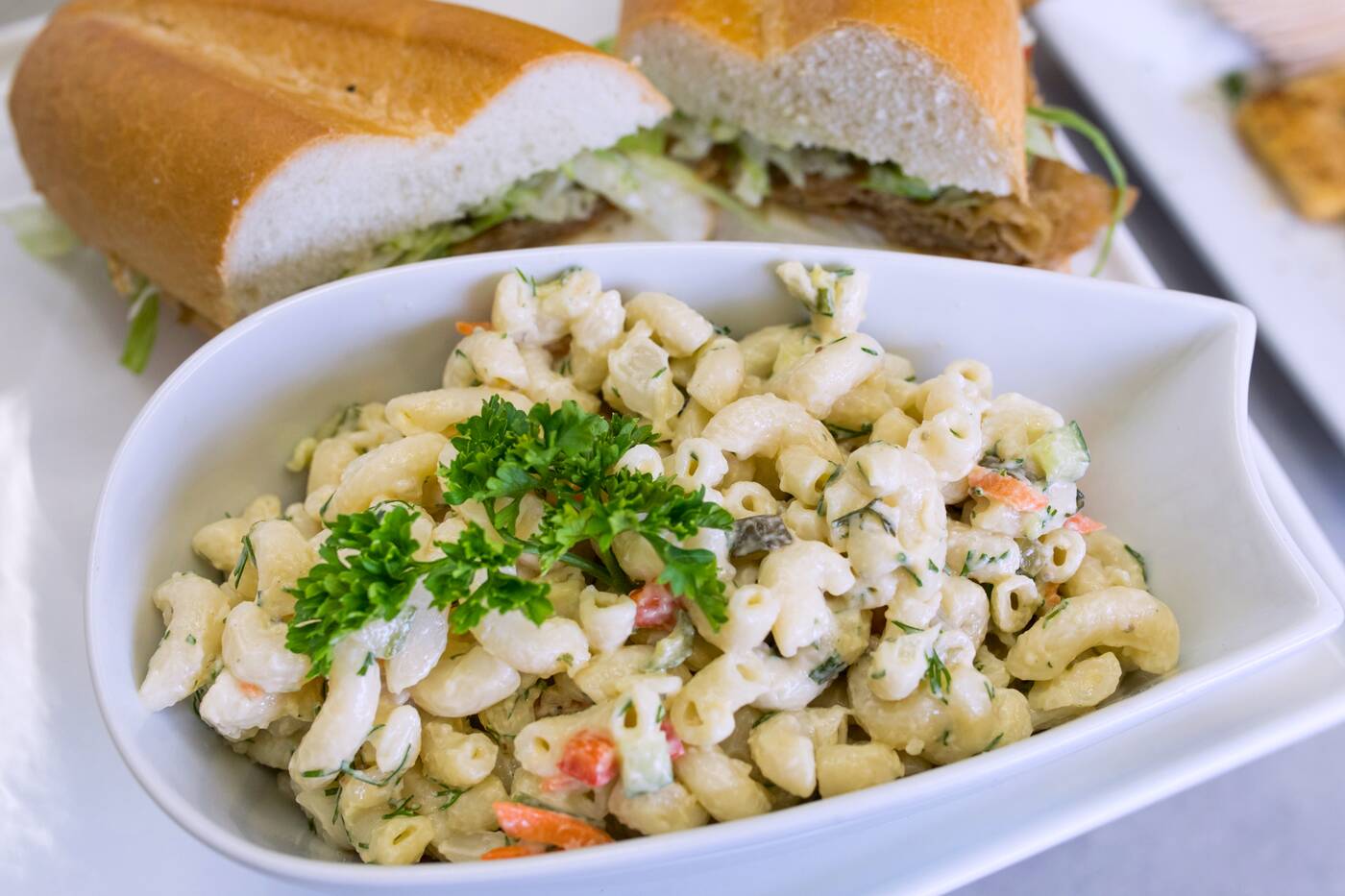 Steady items include Hammons refreshing macaroni salad, which goes heavy on the dill. 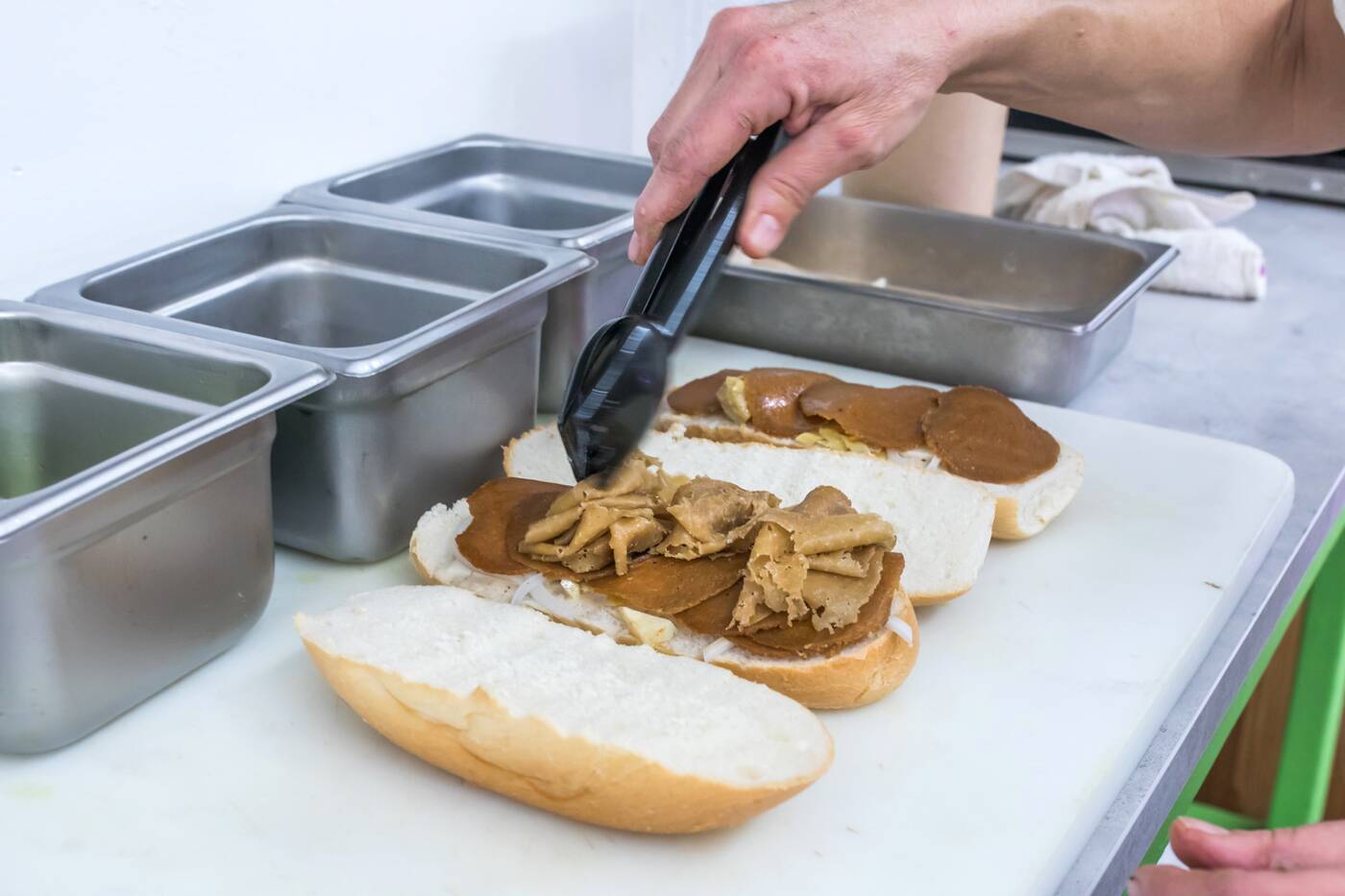 Sandwiches ($8.50 each) come with plant-based 'meat' like vegan bologna or smoked seitan 'turkey'.

Hammons makes the faux meat herself from wheat gluten, tapioca starch and a whole bunch of spices. 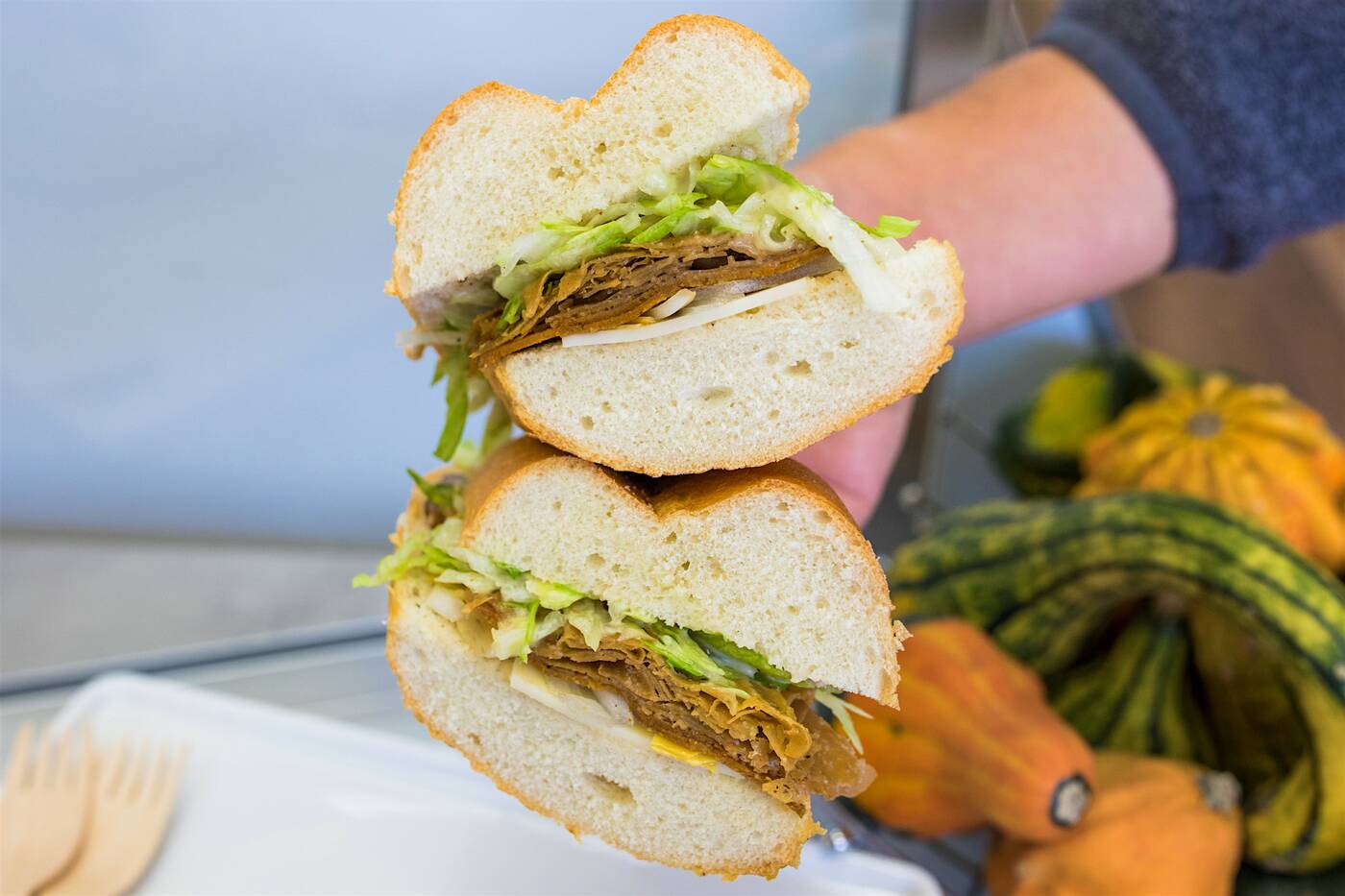 Sliced thinly, the meat is super flavourful and, even for faux-meat naysayers, will hit the spot. 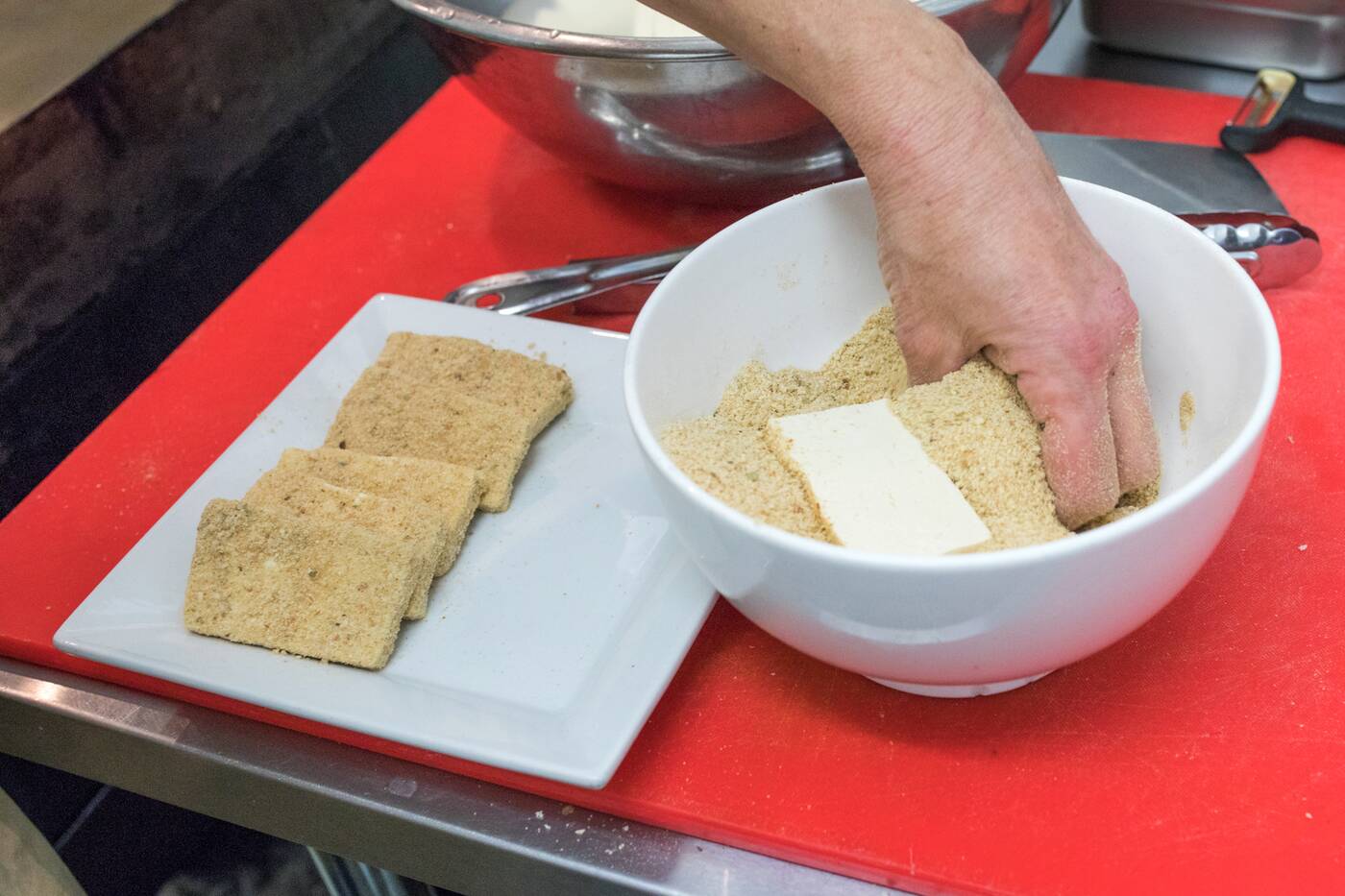 Breaded tofu can come alone or on a sandwich. The breading is a simple seasoning made with their housemade soup stock power. It's the vegan equivalent of chicken fingers. 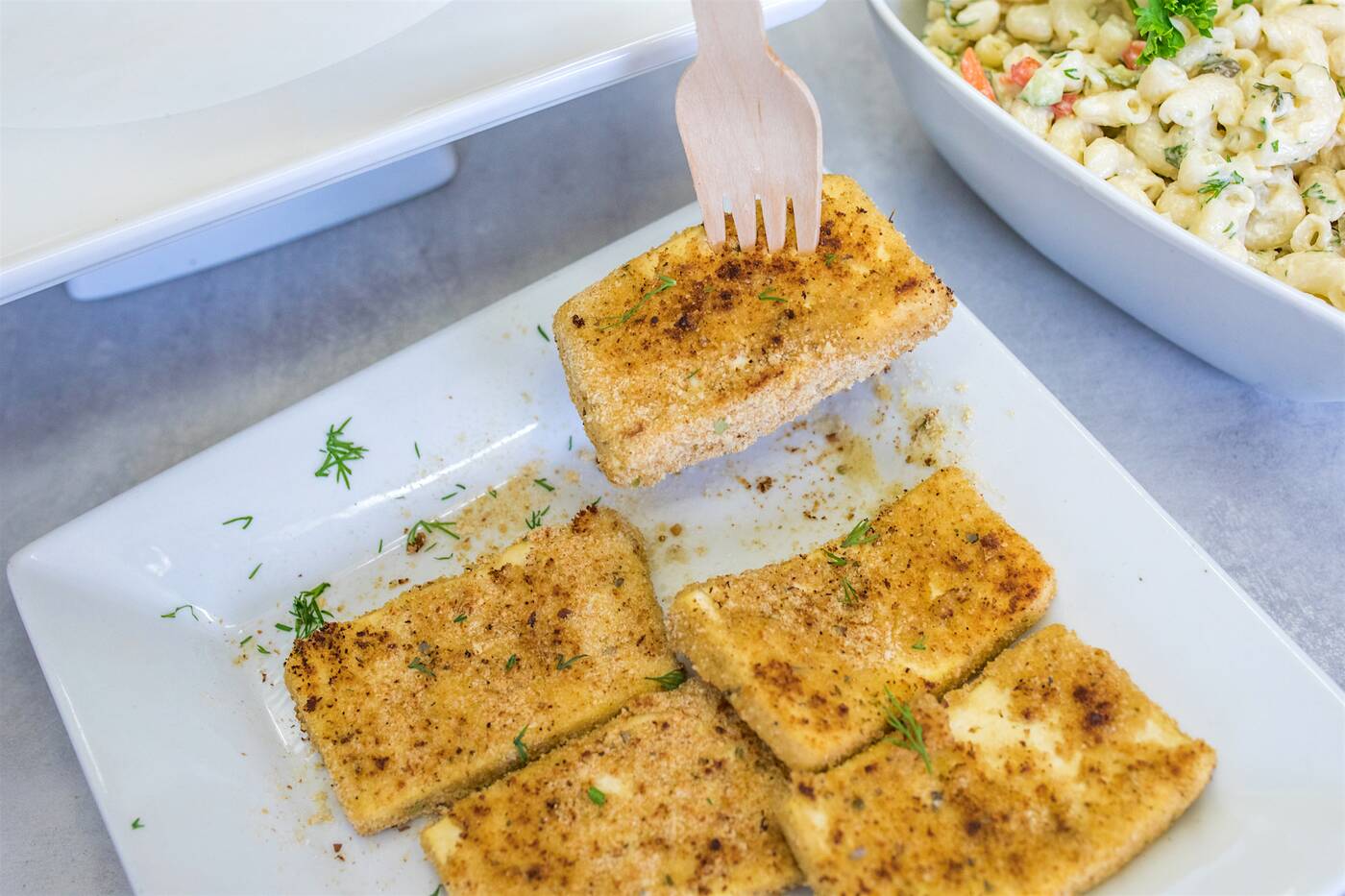 It a real mood-booster to stuff yourself on healthy, delicious food, so it's likely you'll leave Jinglepear feeling pretty good about your budget and your belly. 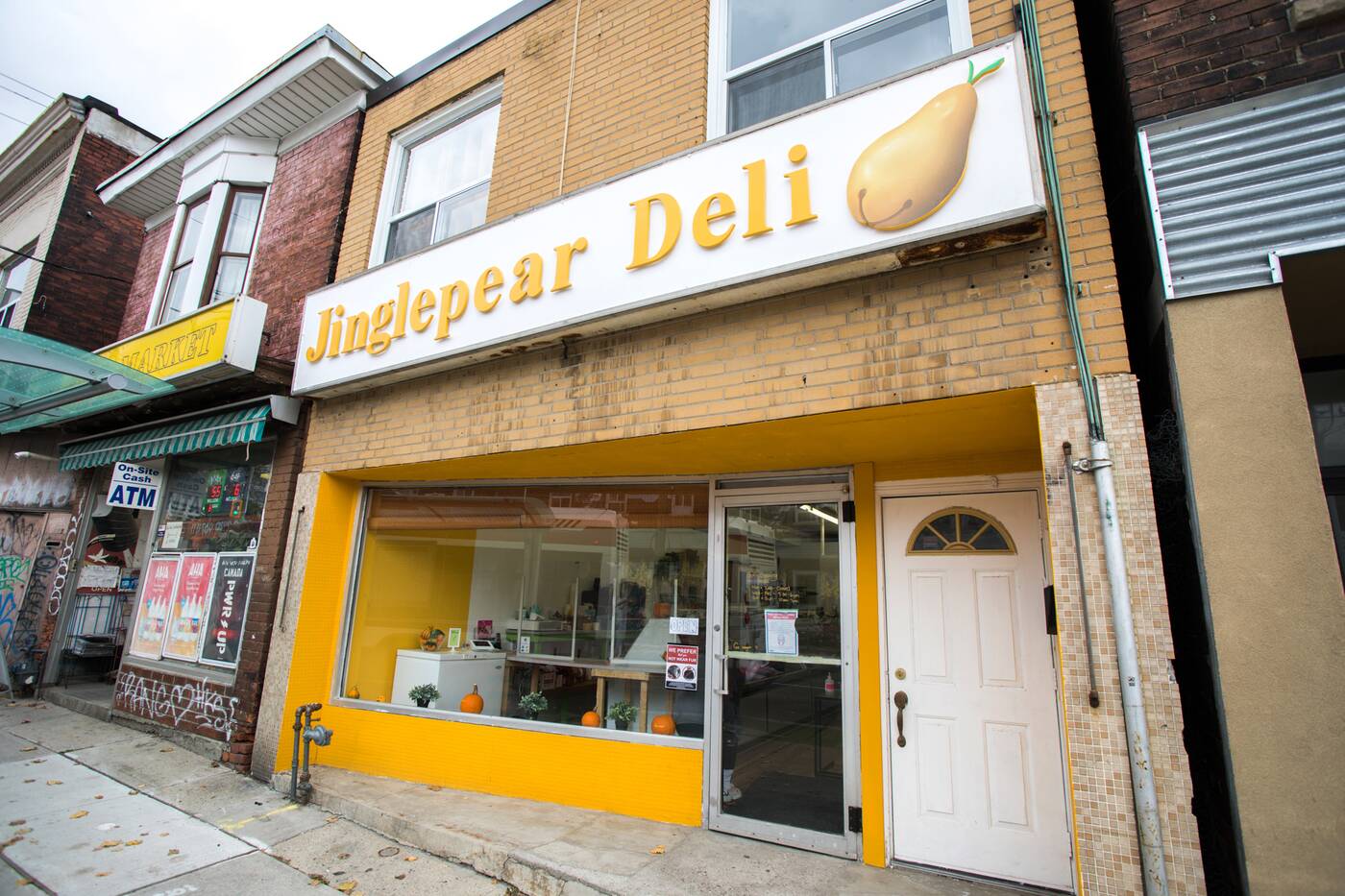