Famu totes itself as the only Japanese butcher in Toronto. Technically, it's in the J-Town Japanese mall in Markham, but I suppose the idea still stands.

I headed to Famu to find out what, exactly, makes a Japanese butcher "Japanese," and though I encountered a bit of a language barrier, I left with a much better idea than when I came. 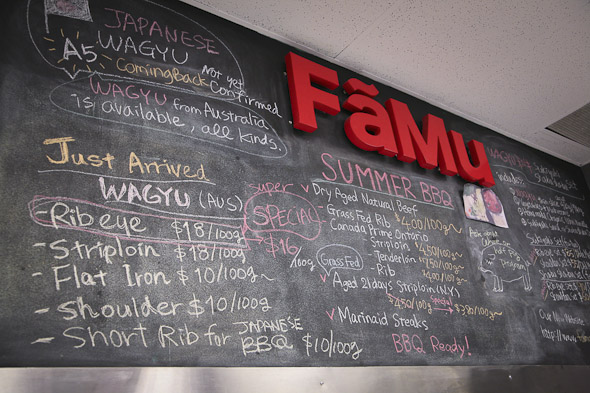 Famu first and foremost only offers ethically sourced meats. That means no hormones, free-range, and naturally raised animals are the only ones used for Famu products. I walked in expecting to find a typical butcher shop with most everything behind a counter, but Famu is a little different. There are lots of frozen and vacuum-sealed meats including nitrate-free Wild Boar sausages, as well as marinated chicken and many soup stocks and curries. 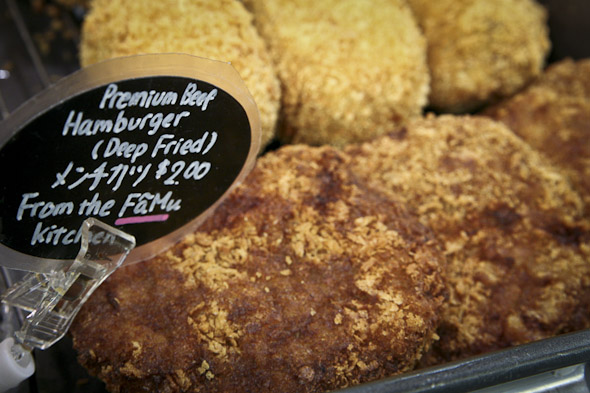 The shop also offers a spread of prepared foods including deep-fried hamburgers at $2 a patty, Japanese-style fried chicken and bento-boxes. And for family take-home, Famu has entire prepared meals ready to go, which include Wagyu beef (an intensely marbled meat), sauces, vegetables, and homemade noodles for $50 to $90. 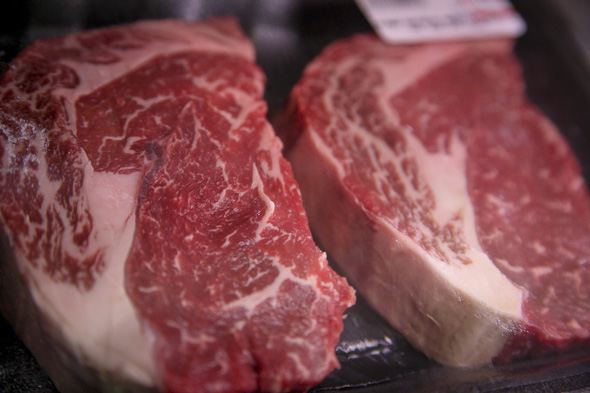 Then there's the Angus beef, Berkshire pork, Mennonite chicken and more; though as I was exploring all of the offerings, I wasn't really getting the "Japanese" essence of it all. 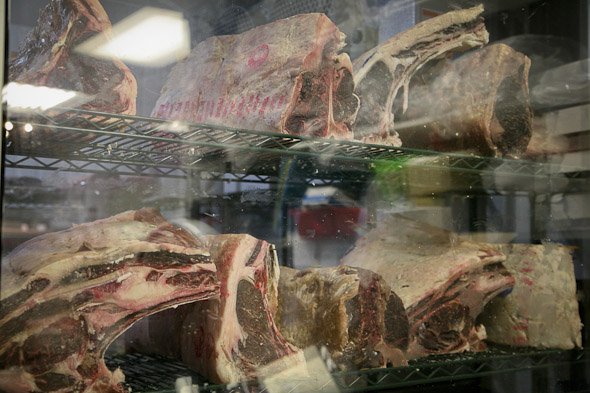 So I began chatting with the woman behind the counter, and I began to understand that much of the focus of a Japanese butcher is not just on the type of meat, but how it is cut. Famu, for example, offers six varieties of super-thinly sliced meats in its front counter, ideal for Japanese Sukiyaki and Shabu-shabu dishes. When I stopped by there was Ontario Angus rib-eye ($4.50/100g) and Berkshire pork tenderloin ($3.50/100g) among others, but the counter offerings are often changing. 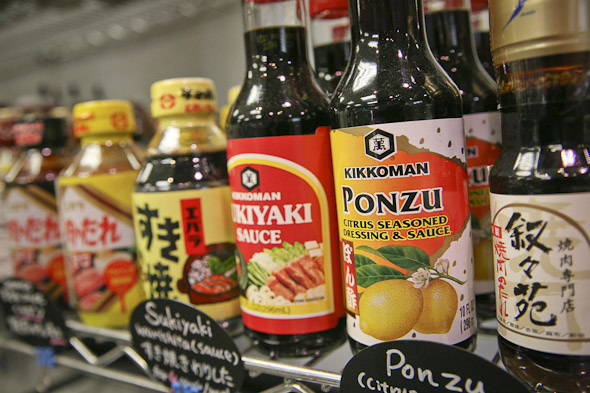 Such thinly cut meat it hard to find at traditional butcher shops, I'm told, which is part of the reason why Seiko, Famu's owner, decided to open her own shop. It's been operating out of J-Town since 2008, and seems as busy as ever, as customers swing by in steady stream right up until close. Most seem to opt for the prepared foods such as burgers or bento boxes, but for those keen on a little preparation, Famu will also sell you a whole Berkshire pig. Consider it the opposite of the super-thin slice. 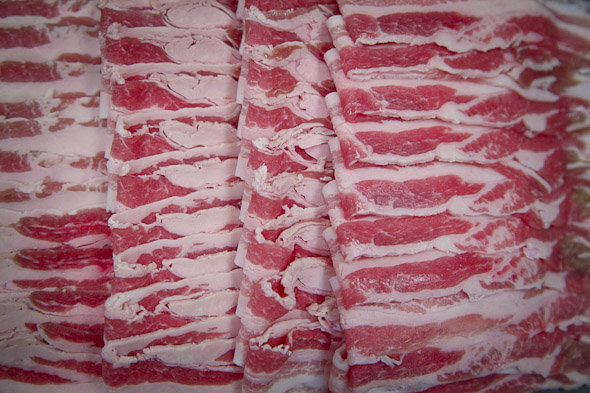 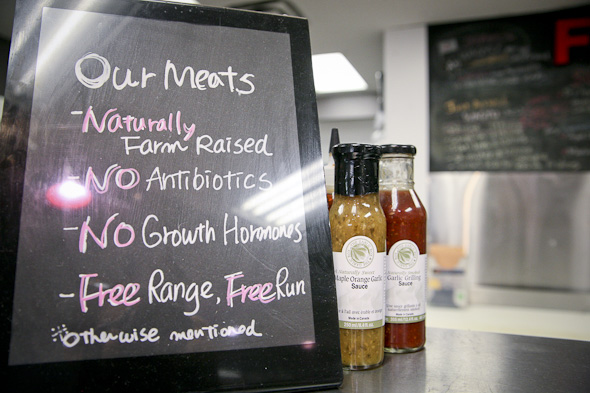 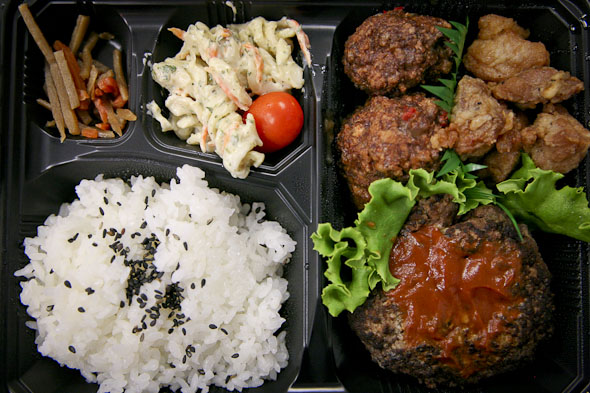