European Quality Meats and Sausages may be closing its Baldwin Street location, but that doesn't mean the more than 50-year-old business will shut down production anytime soon. 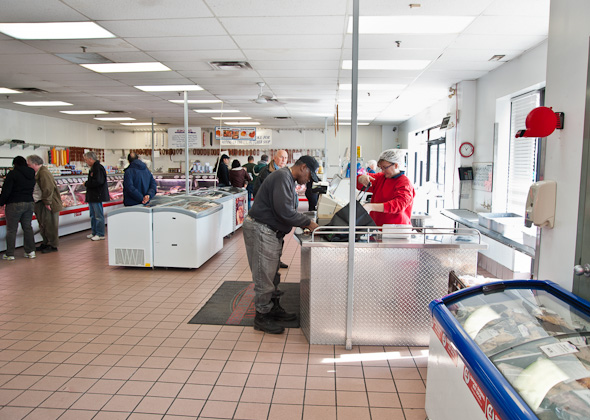 The original European Meats opened in Kensington Market in 1959, but for the past 15 years or so, it has mostly served as a retail location. The production and shipping happens from this outlet store off of Kipling in Etobicoke, which is swarming with dinnertime planners and workers in the area who are looking for a hot lunch. 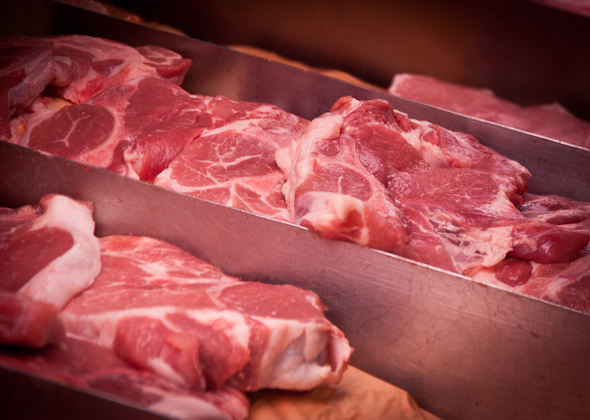 The Etobicoke outlet is lush with space, which allows for a hot table, deli counter, and a few tables with seating. I reluctantly bypass the hot sandwich area (but alas, I will return) in pursuit of one of the owners: Morris Leider, a Polish Holocaust survivor, or his son, Larry Leider. Neither is onsite at the time (I'll assume they're preparing for their April 7 downtown closure), so instead I chat with manager Ana, who confirms what's I've heard about the Kensington departure. 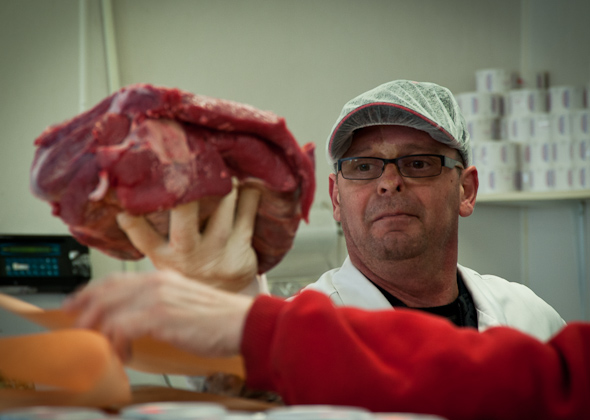 "There was some loss in business," she says. "It was time to sell." Her comments echo those made by Leider to the Toronto Star last week, in which he referenced changing demographics in the neighbourhood as a reason for the sale. Nevertheless, this location, along with the one in Brampton, are poised to stick around. The top sellers, according to Ana, are the shop's own sausages, which you can order freshly grilled and in a bun from the hot counter. 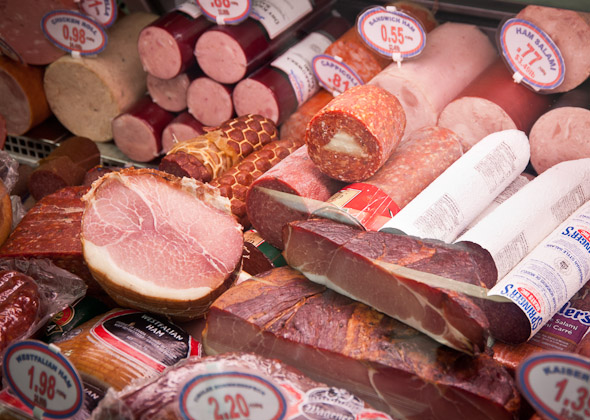 Ana confirms that most of the meats at European are Ontario-sourced, and the abundance of space allows for greater variety in display than at the Kensington location. Known as a great spot to get a bang for your buck, I do a quick once-over of the counters, which offer most of the butcher shop staples including veal cutlets ($5.99/lb), New York steaks ($6.99/lb), and whole chickens ($2.29/lb) (plus an assortment of sausages, which generally ring in at about $2.99/lb). The Etobicoke shop is also the spot to buy in bulk, and it offers special combination boxes including its steak-lovers package (four 8-oz New York steaks, four 8-oz ribeyes, four beef tenderloin for $55) and its breakfast special (two 1lb pork breakfast sausages, two 1lb packages of sliced bacon, two 1lb packages of peameal, and two 1lb packages of smoked ham for $25). 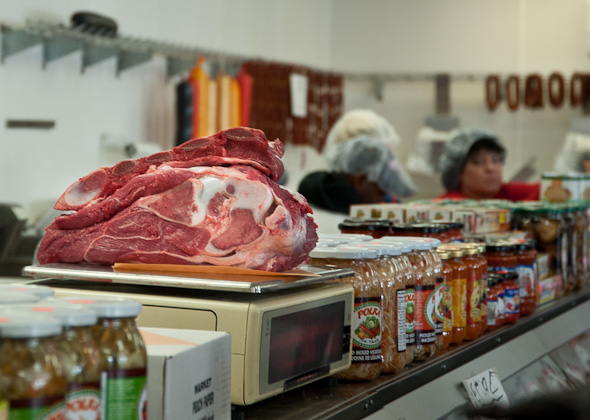 Having resisted long enough, I saunter over to the hot table and see that the value has indeed carried over to prepared foods. Here, you can grab a freshly prepared BLT for $2.50, a sausage on a bun for $3.00, or a hot burger for $2.50. Needless to say, all the meat comes from just the other side of the shop. I decide to splurge (sort of) and order a roast beef sandwich on a kaiser for $3.50, and watch intently as it is sliced, topped, and handed over. The meat is piled high and thick, and is tender and juicy enough to reinforce that my decision to forgo the condiments was a good one. While it will soon be gone from the realm of immediate downtown accessibility, it's nice to know that "quality" meat is only a drive away. 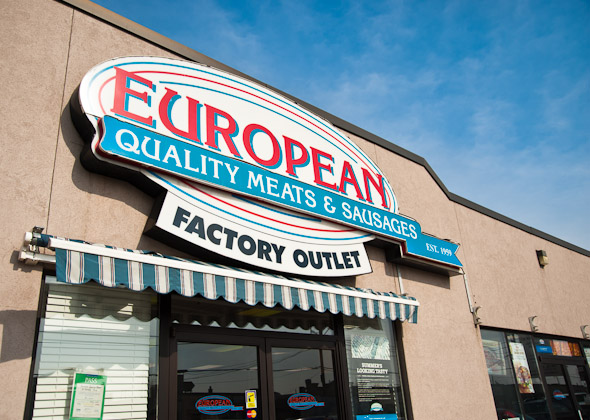