Caribbean Food Basket offers everything to do with Caribbean eats. In fact, this Finch West store just east of Highway 27 is really three shops in one; it's a bakery, a roti takeout spot, and a grocery store with its own butcher shop tucked away in the back. 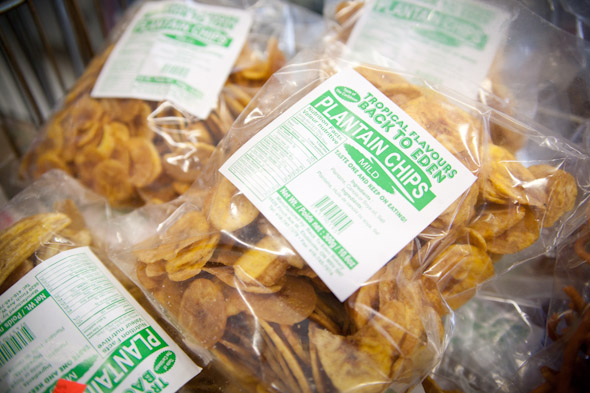 I stopped by Caribbean Food Basket on a Sunday afternoon, expecting a bustle of activity but instead got relative quiet with ample parking out front and plenty of space in the aisles. Well, now that's not exactly true since everything inside is packed in tight, but at least I didn't have to do the awkward "sideways graze" when moving from produce to pantry. 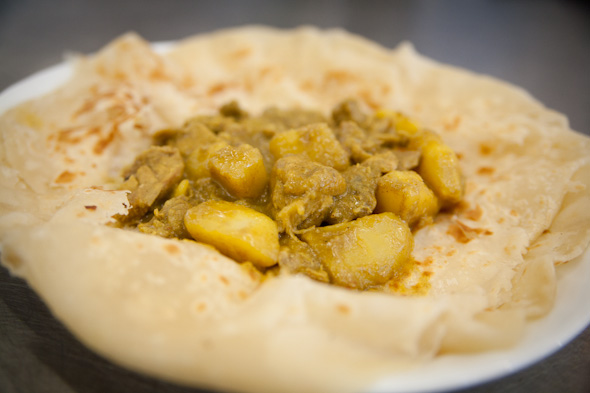 The front area of the store, I assume, is where customers come for curry, roti, and doubles for snacks, though it was pretty much closed up the afternoon I dropped by. There were still some bakery items, including loaves, cheese rolls, pine tarts, patties, and other Guyanese sweet and savoury treats, but it was clear the baking was off for the day, so I decided to check out the aisles instead. 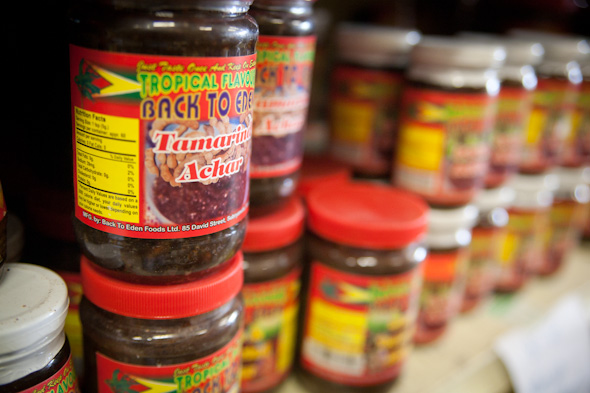 Caribbean Food Basket offers a small selection of fresh produce; everything from coconuts to plantains, okra, and greens. The bulk of the shop, however, is occupied with Caribbean cooking essentials. There are various types of ghee (a sort of clarified butter), huge sacks of rice, dried beans, flours, and spices, of course, which aren't immediately apparent to the eyes but certainly to the nose. 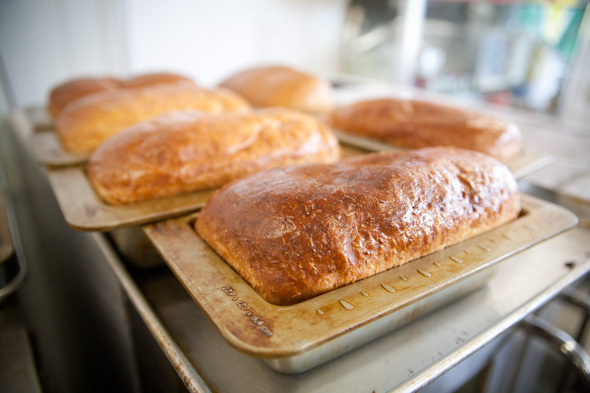 The back end of the store is all freezer with butterfish filets, bangamary, and other seafood, right before you hit the butcher area. With barely enough room for two people at the counter, there are the typical beef and chicken options, as well as goat, which is to be expected of a Caribbean butcher, but I was most impressed with the variety of fish. 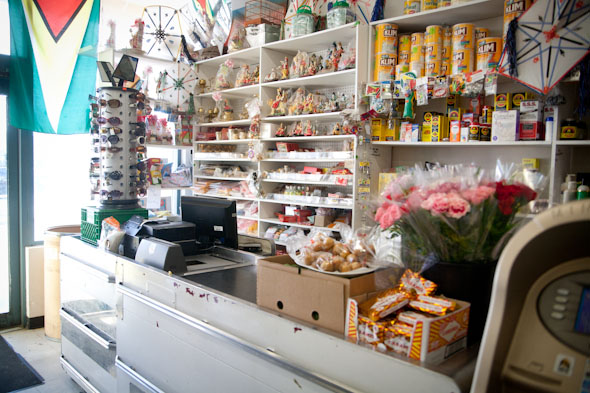 There was hassa, for one, at $4.49/lb, which is a slick, dark-scaled fish used predominantly in Guyanese curries. Both red and grey snapper were listed among the offerings, as well as catfish and whole gilbaka (another common Guyanese curry fish) sold for $5.59/lb.

The adventurous side of me teased at taking home a portion and experimenting with heat and spices in my kitchen, but I decided best to leave it to the pros and return to Caribbean Food Basket when I can count on the take-out. 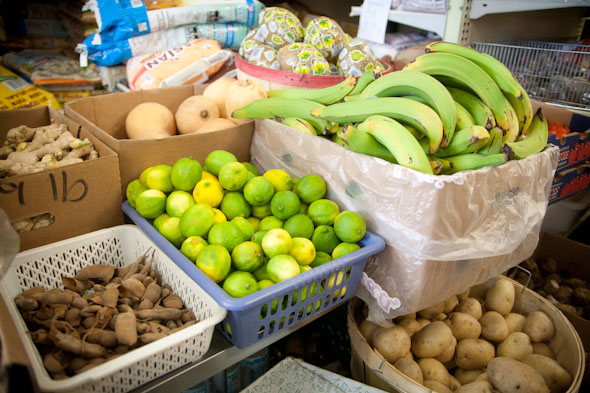 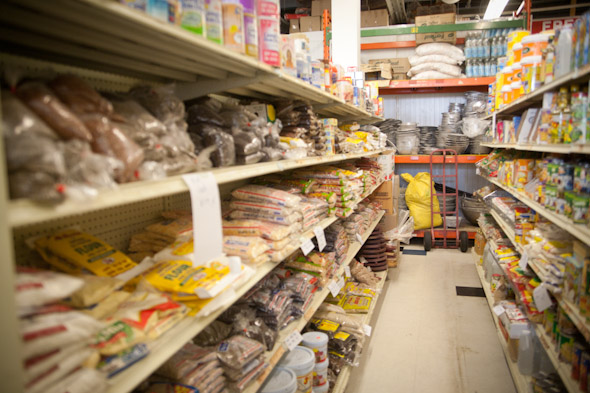 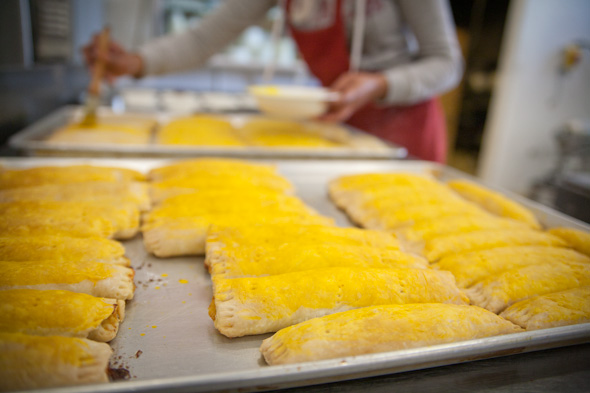 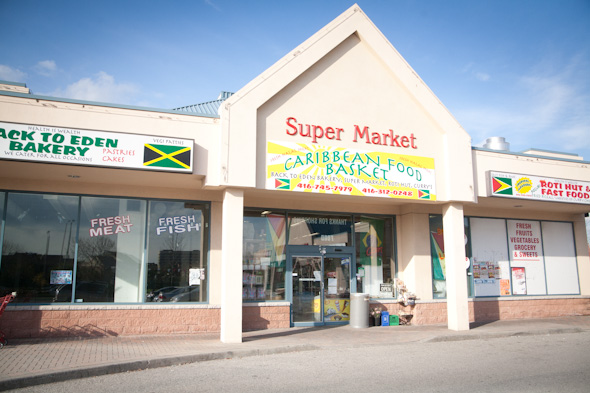