Craft brewers who don’t have their own brick and mortar like Ace Hill use the facility to produce all their beer. Brewmasters brought in from around the world to make their own beer here often end up producing new recipes and collaborations with Brunswick in the space. 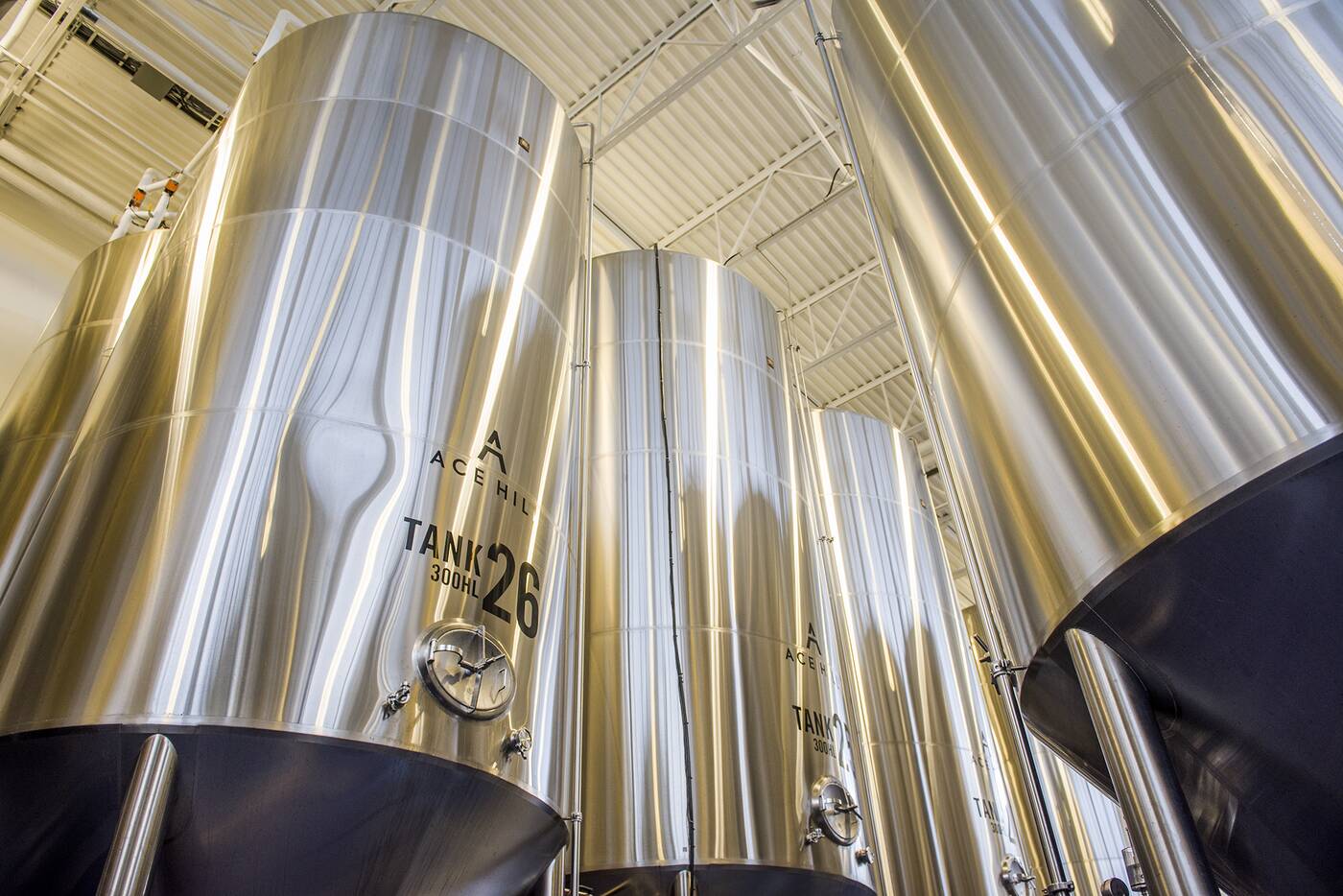 The old Brunswick Woodworks Fine Furniture factory didn’t originally fit the bill of open space and high ceilings, but it just had so much more character than any aluminum box. Ceilings were lifted in 10,000 square feet of the production space and windows were added. 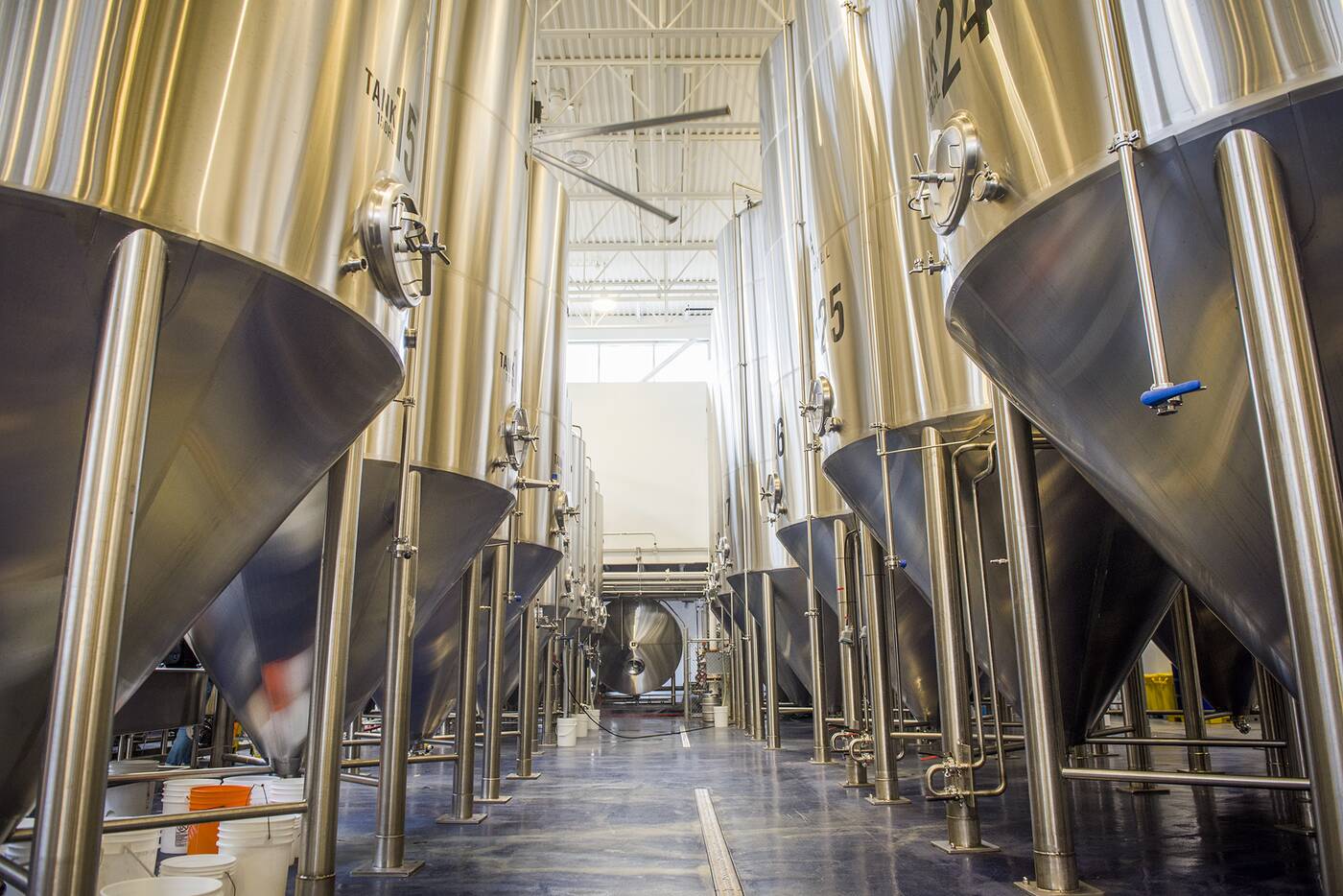 The shiny new brewing system is custom built by Newlands from BC, gleaming tanks holding 50 all the way up to 300 hectalitres. 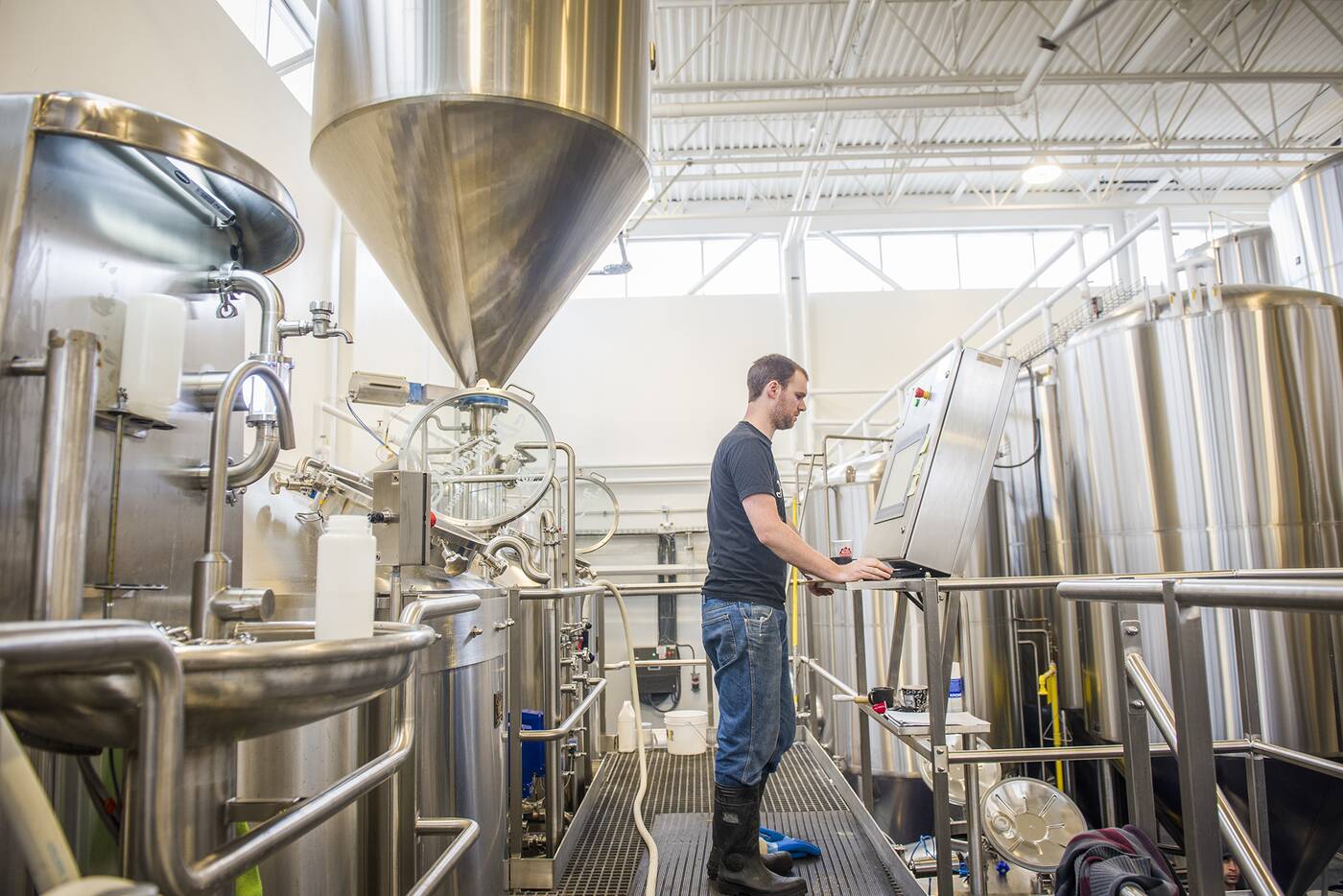 The custom-made system gives Brunswick ultimate control over everything about the process, and once a recipe is perfected that process can be precisely programmed and entirely automated. 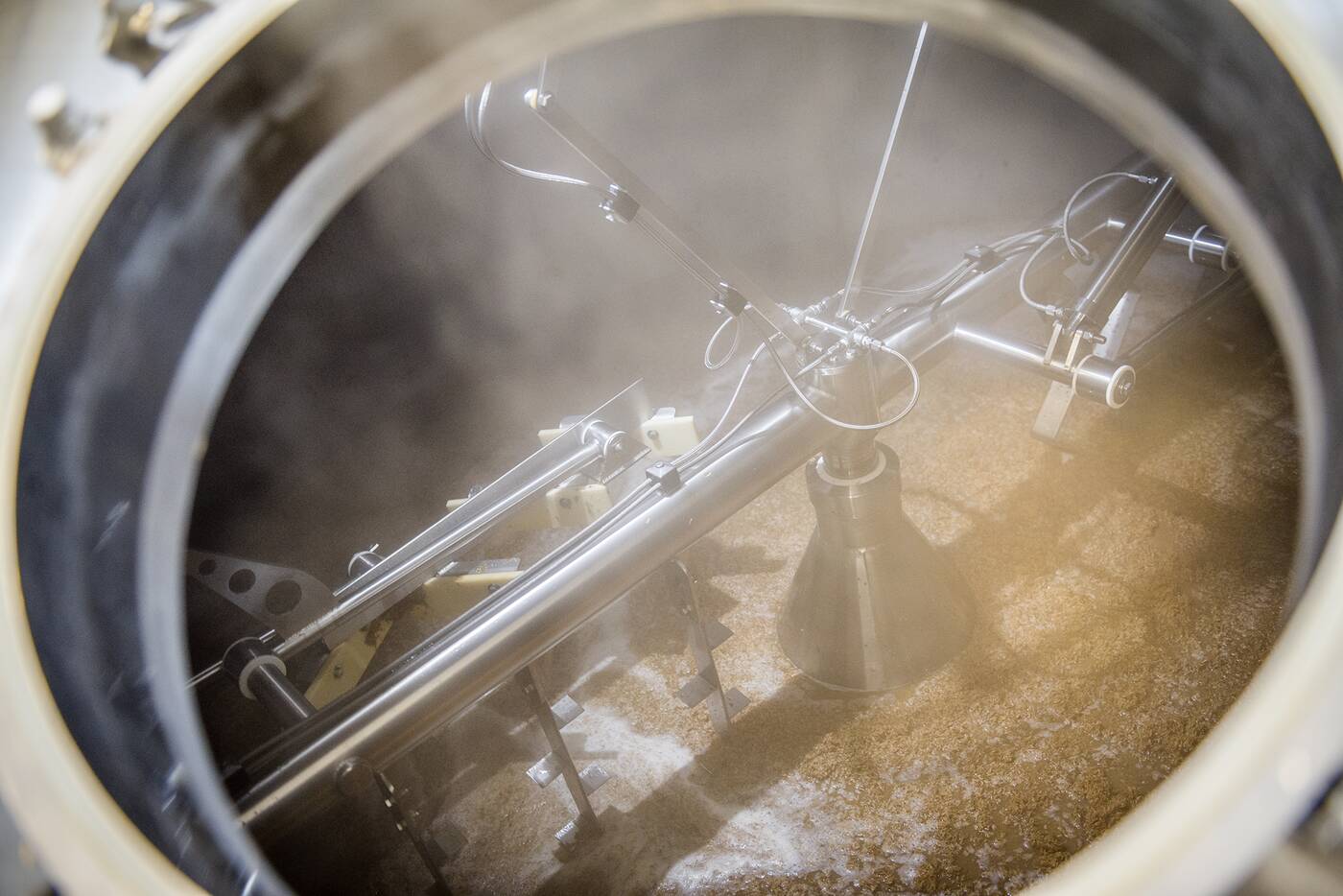 Lots of craft brewers deal with working with a hodgepodge of old equipment, so this can be like a dream come true for them. 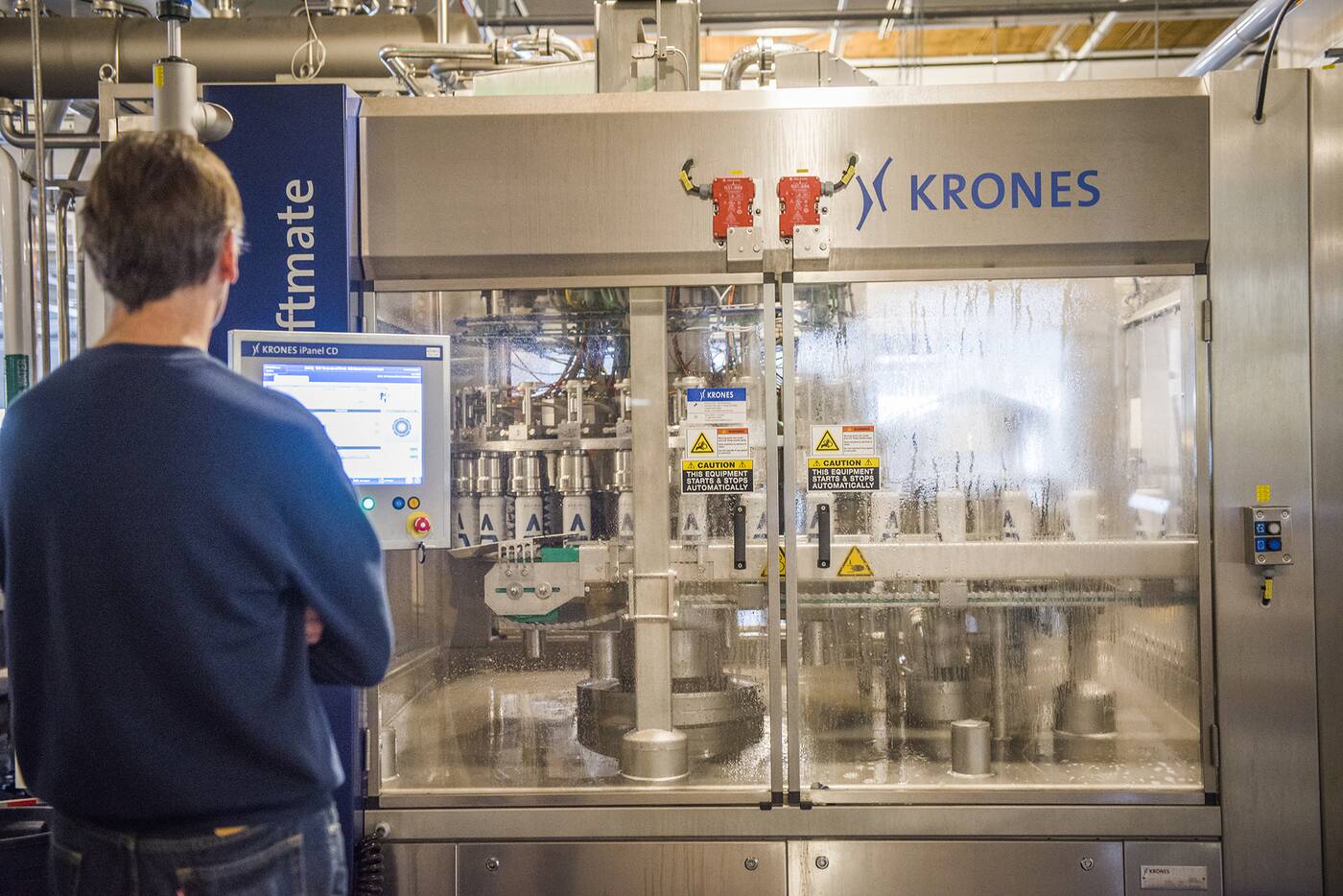 In fact, partner and vice president Mike Laba describes the Krones Craftmate canning equipment as a wet dream for a craft brewer that’s “beyond badass.” 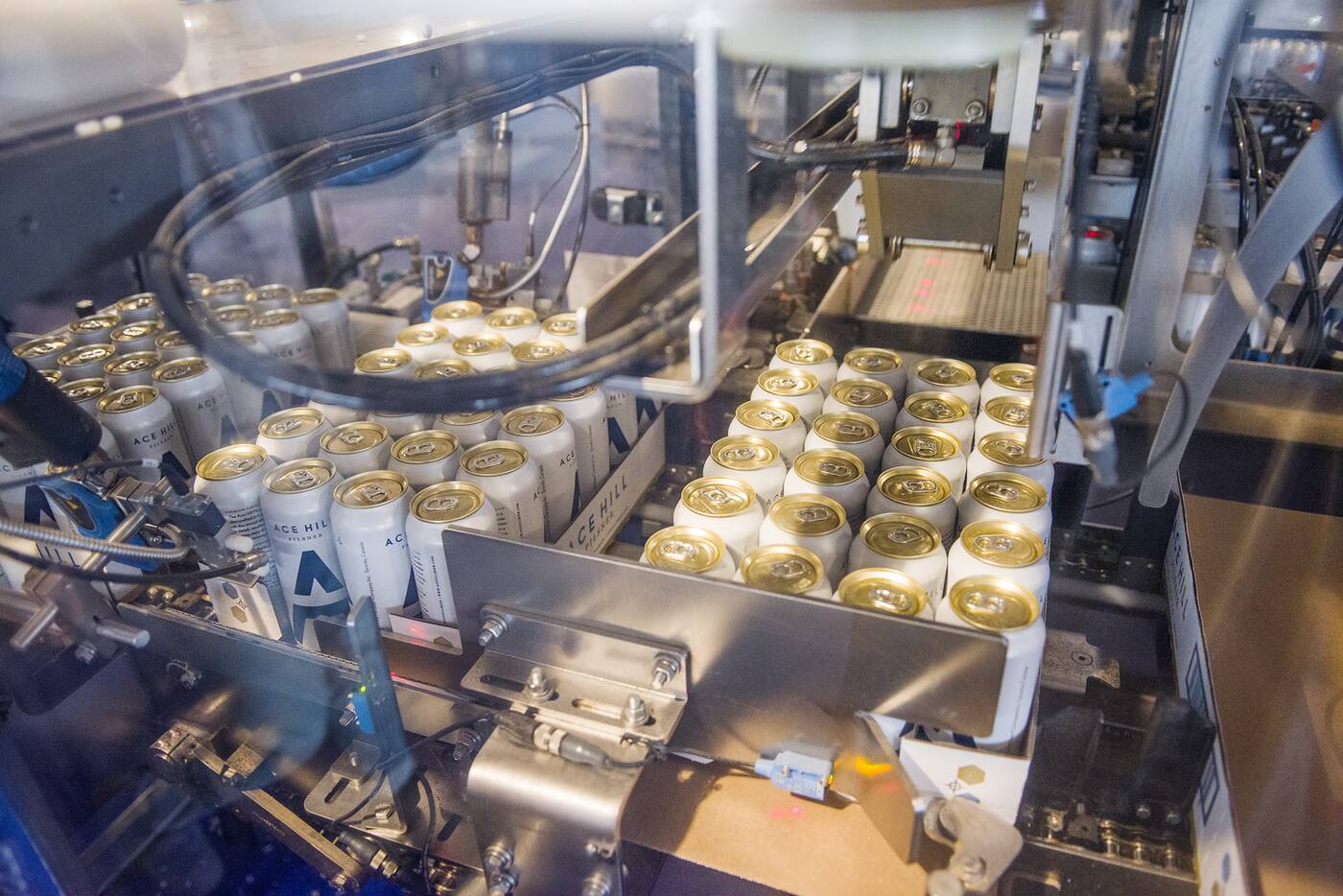 40 cans a minute is considered good for a craft producer, and this can do 300. 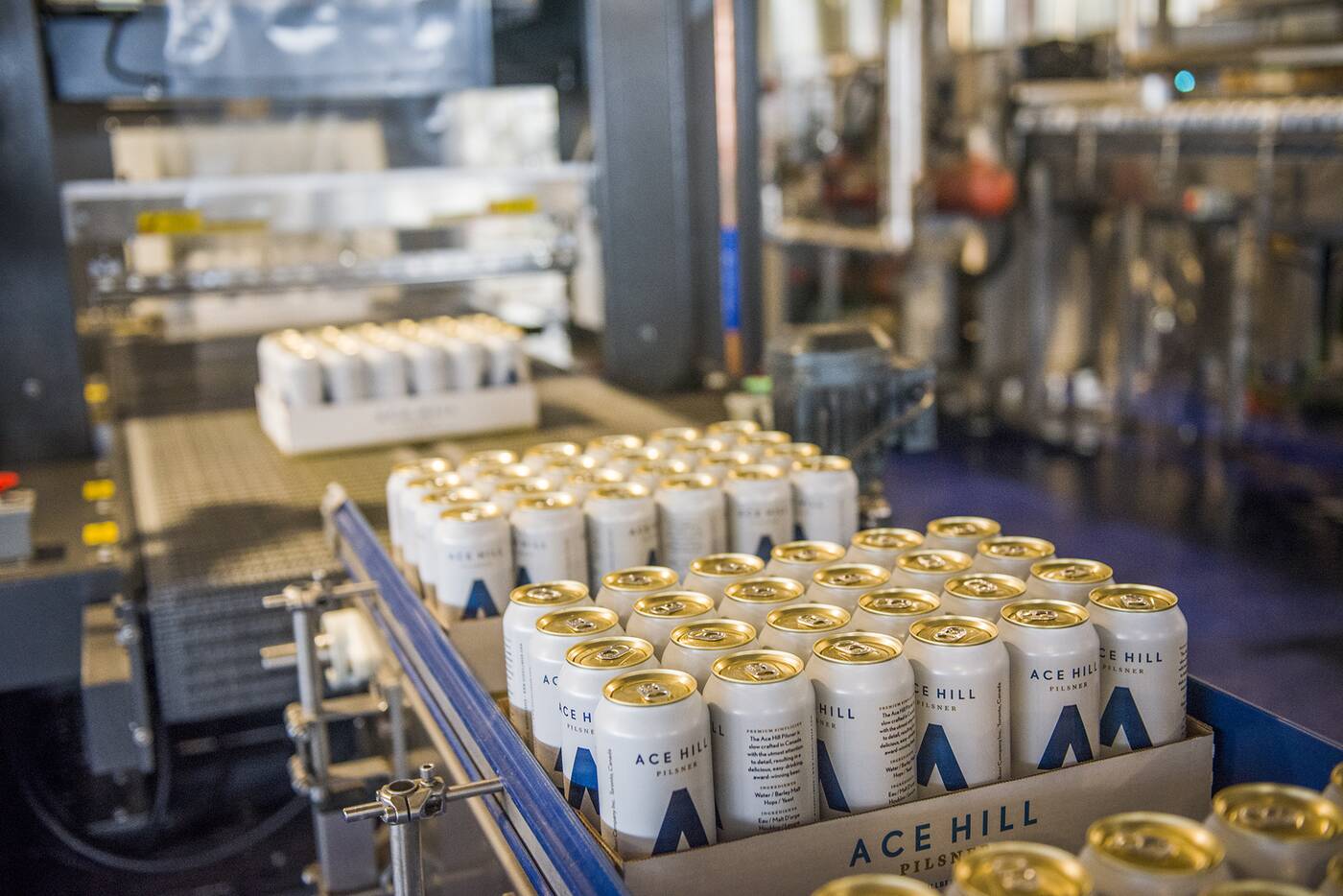 Once canned, beer is automatically packaged in cardboard trays and shrink-wrapped as per LCBO specifications, which helps craft brewers get their product into the wider market. 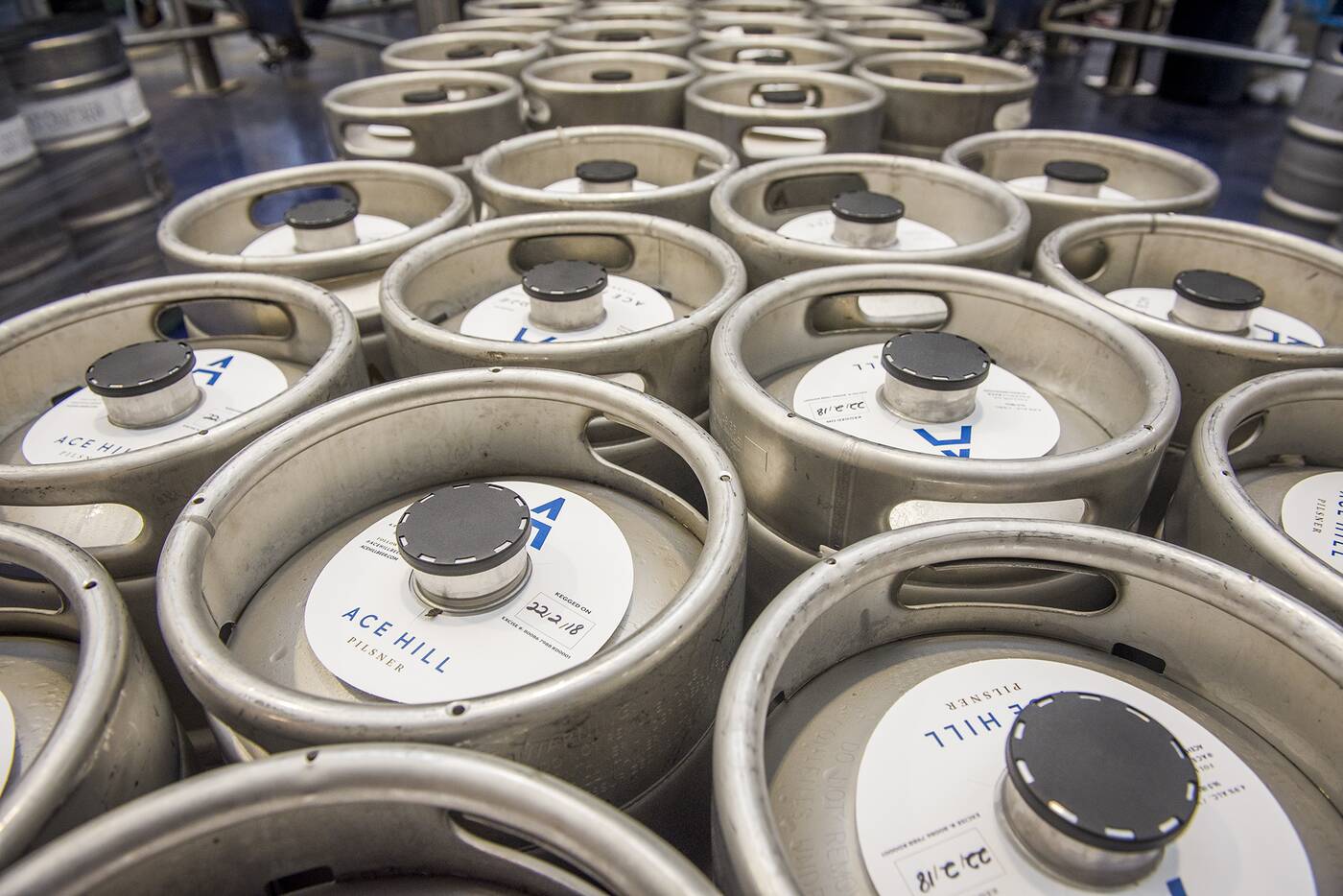 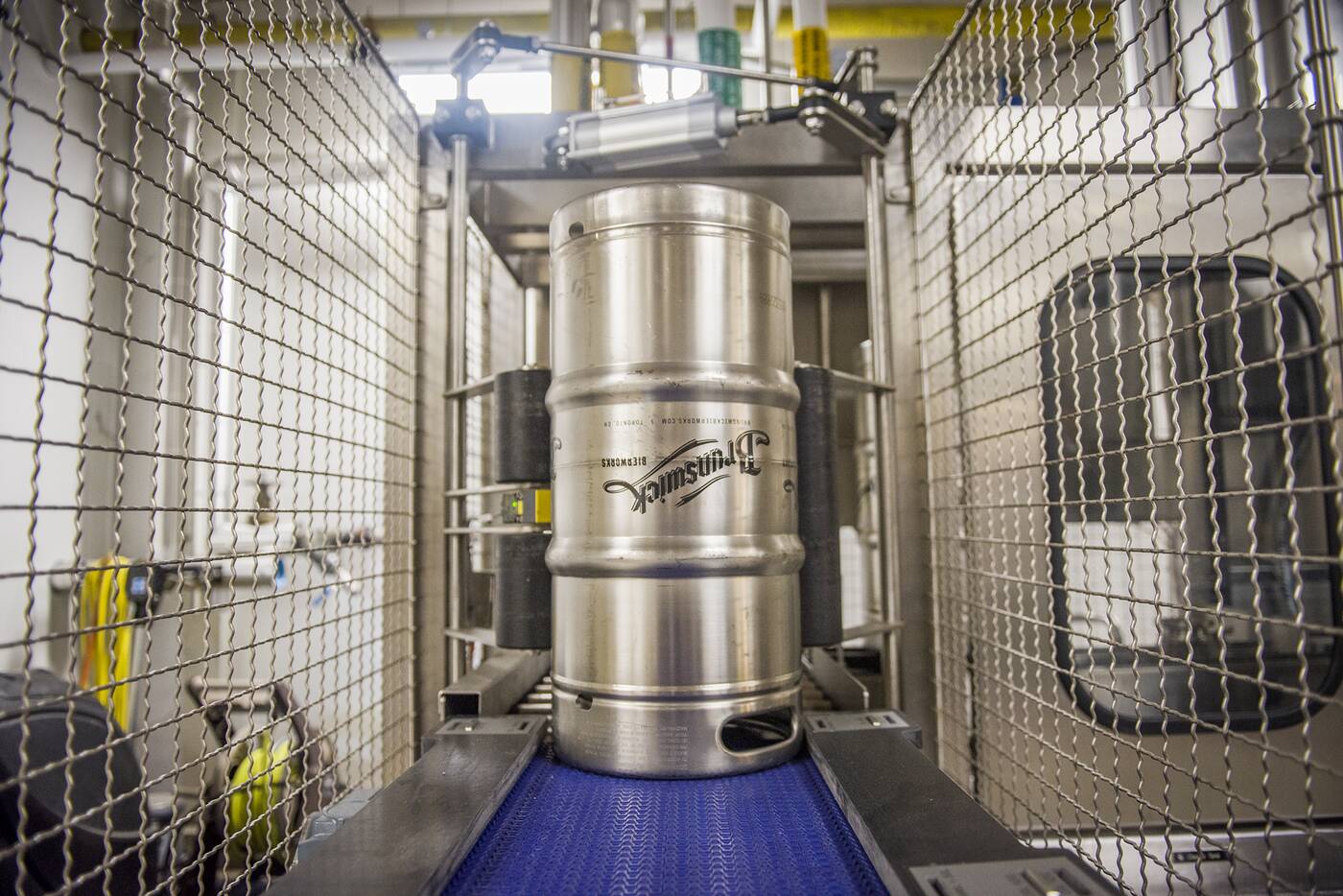 Most craft brewers manually clean and fill their kegs, but here kegs are sanitized inside and out and filled automatically. 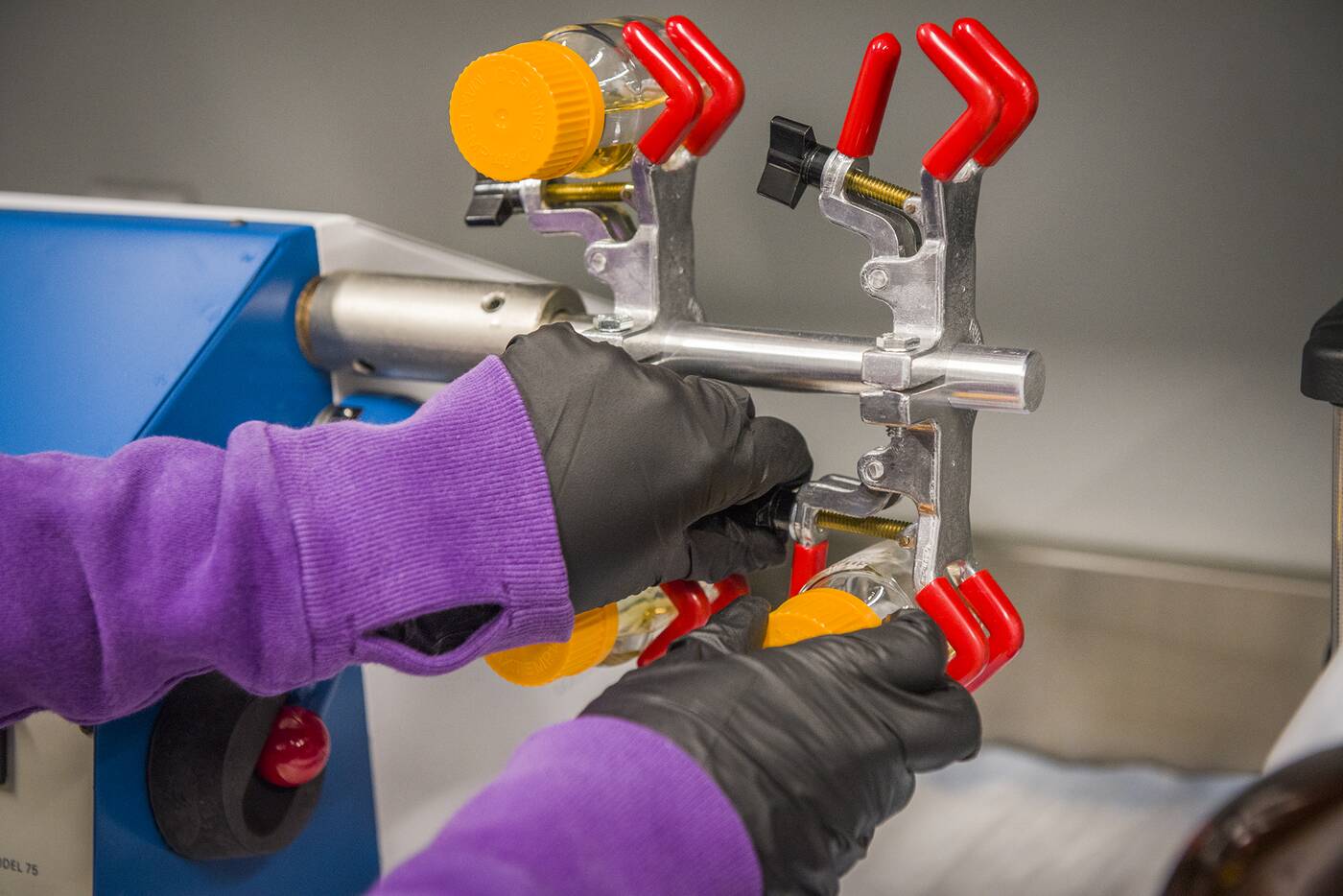 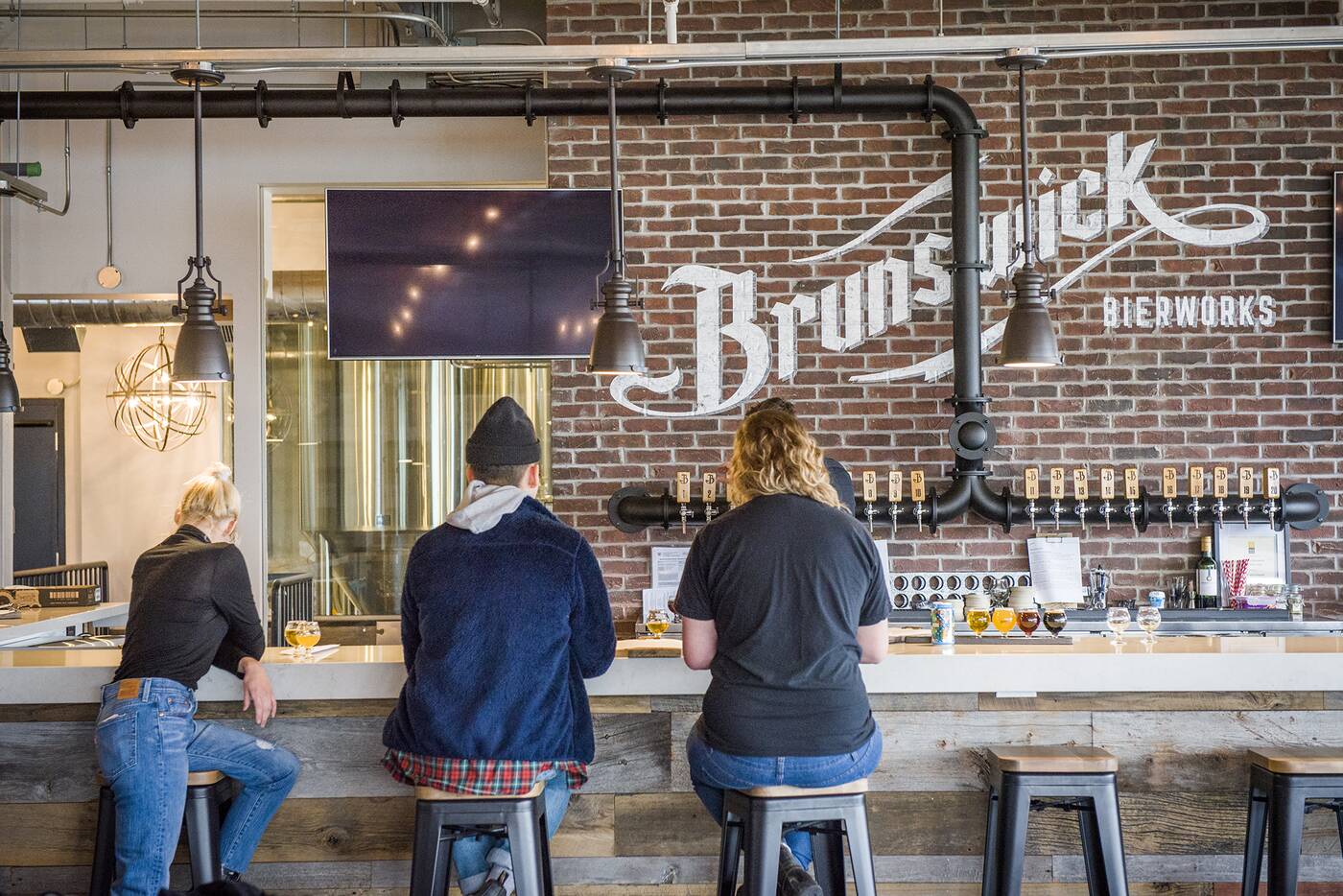 A tap room is only open Saturdays when I visit, but with definite plans to be open Friday, Saturday and Sunday and eventually five days a week, and to open a patio. 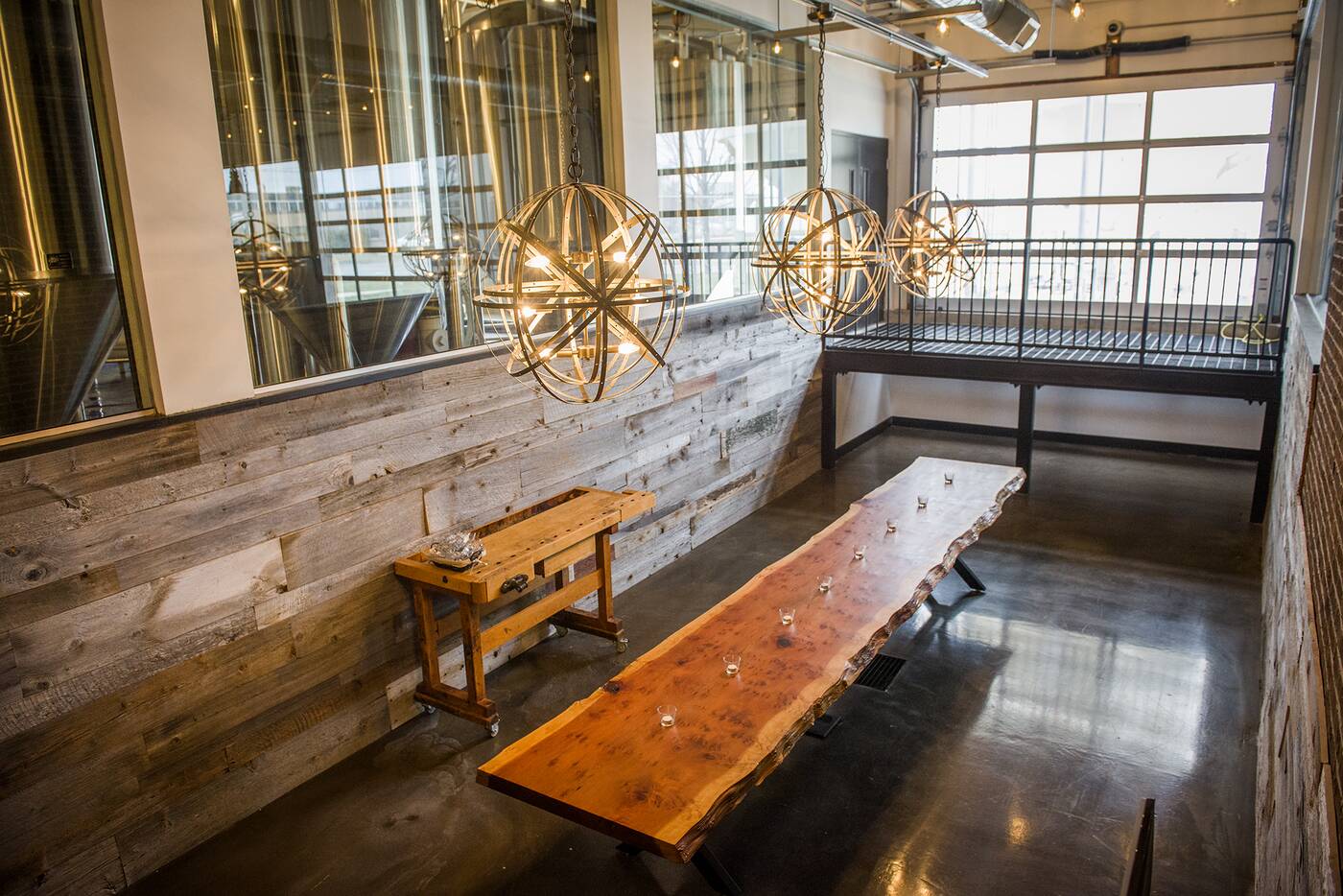 What used to be an old loading dock is now a sunken twenty-person private space. 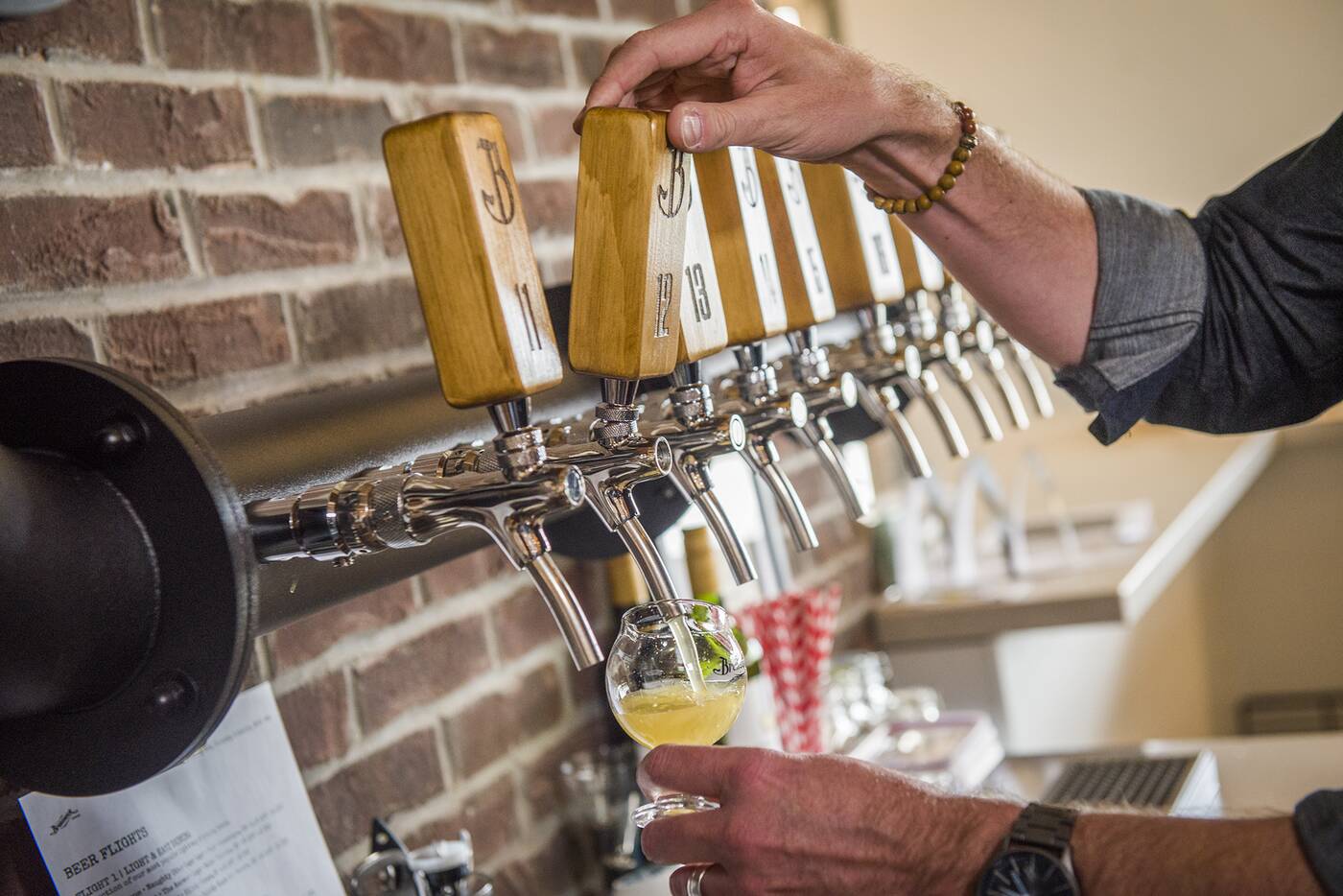 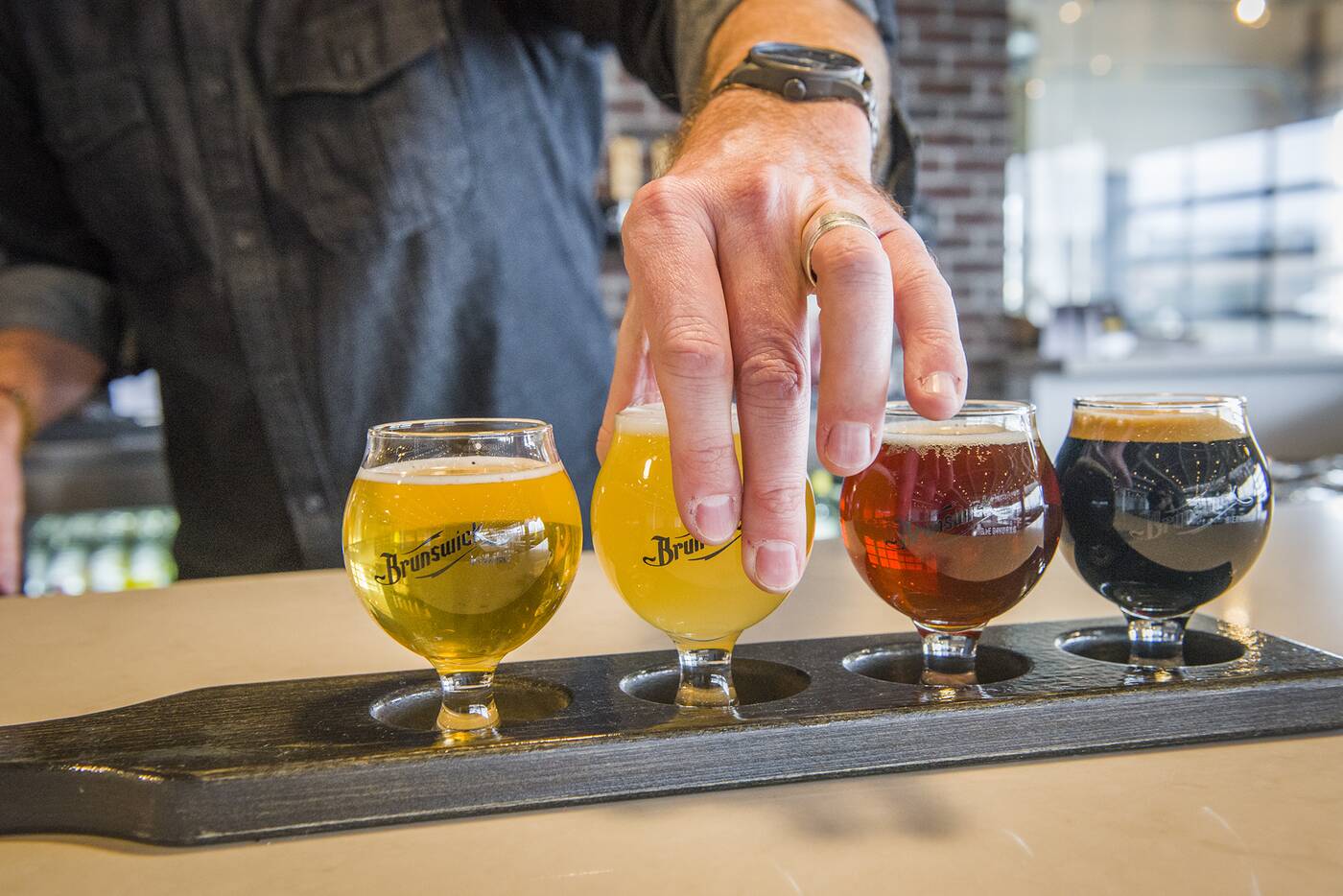 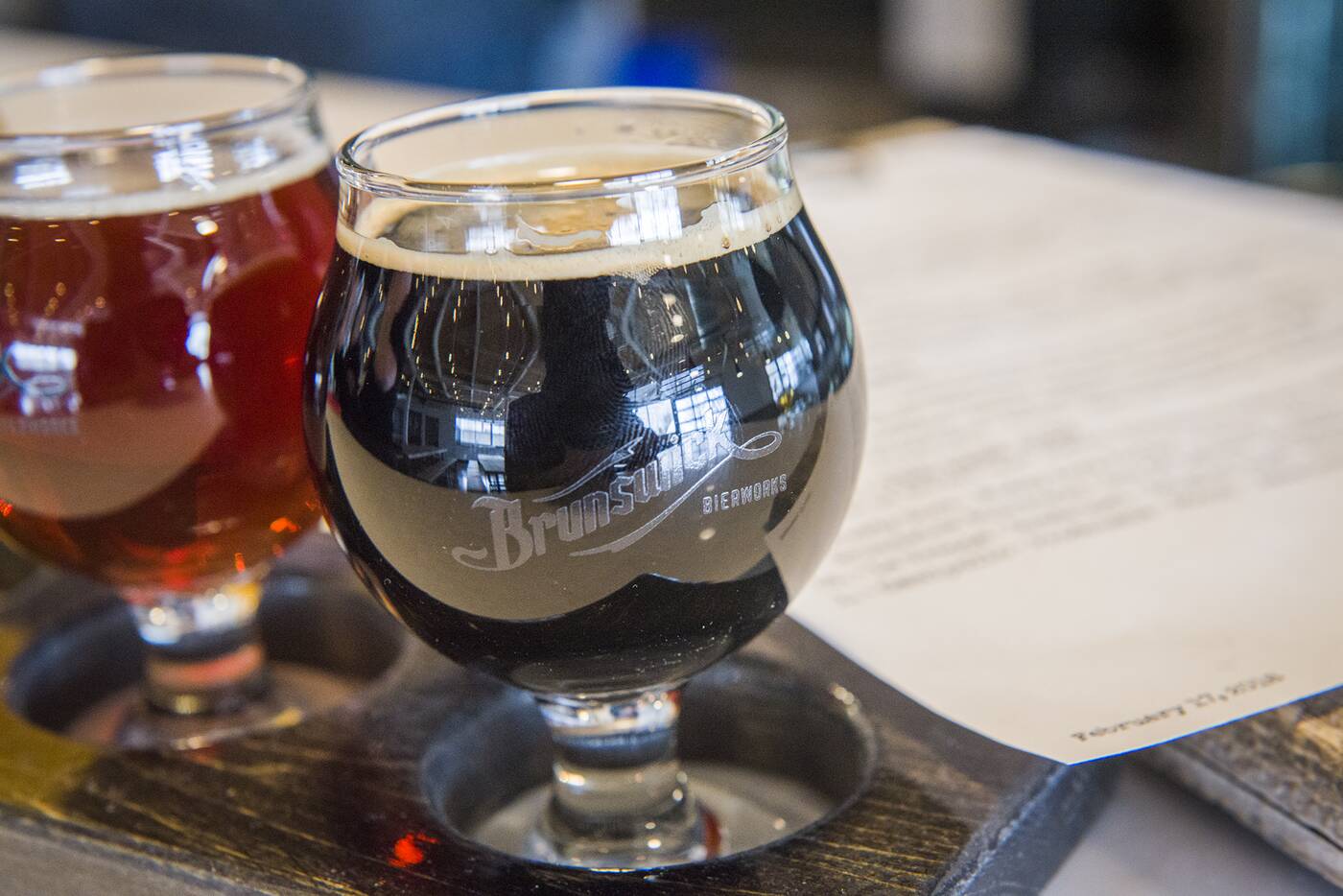 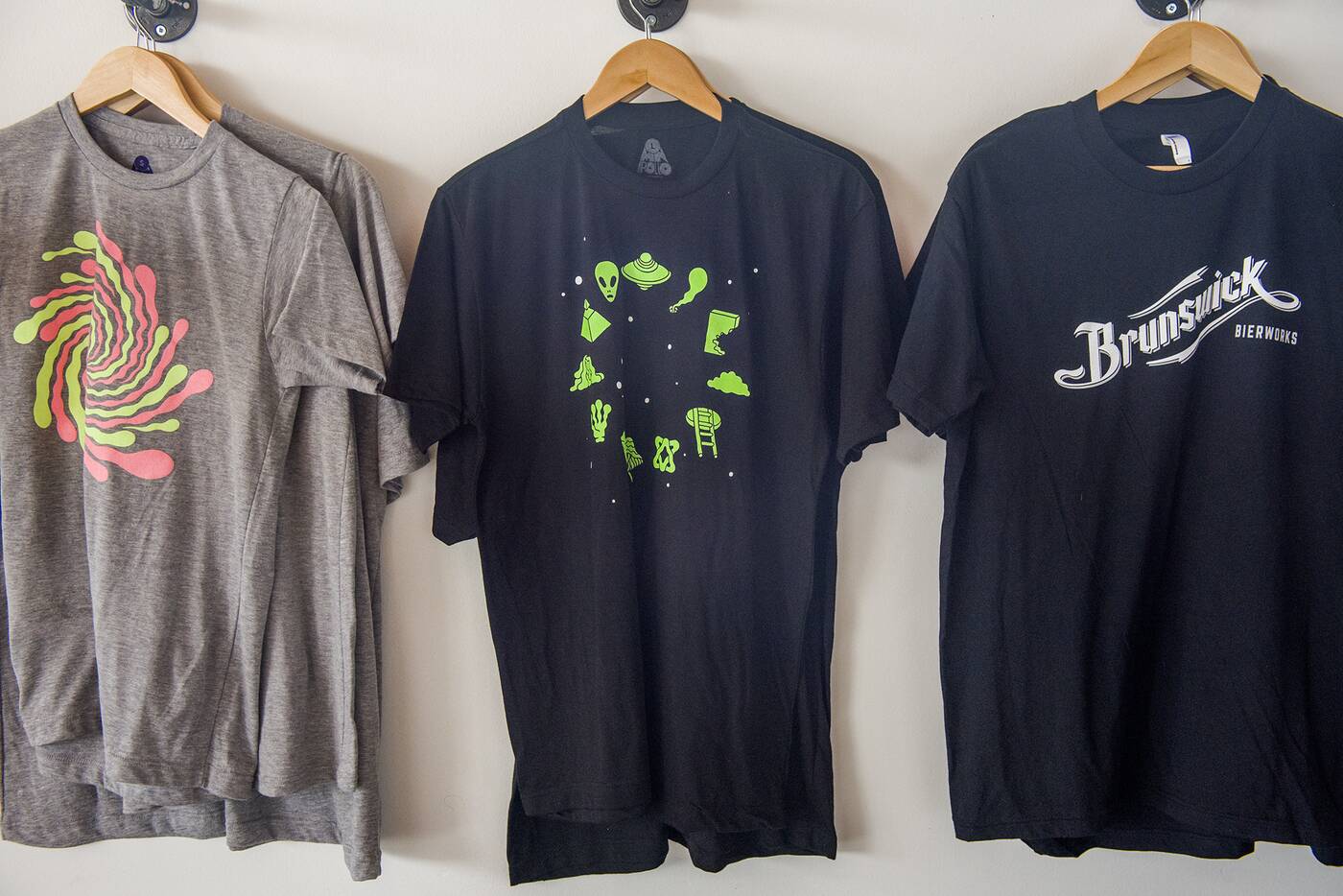 Too-cool Brunswick and Omnipollo logo tees are available for $29. 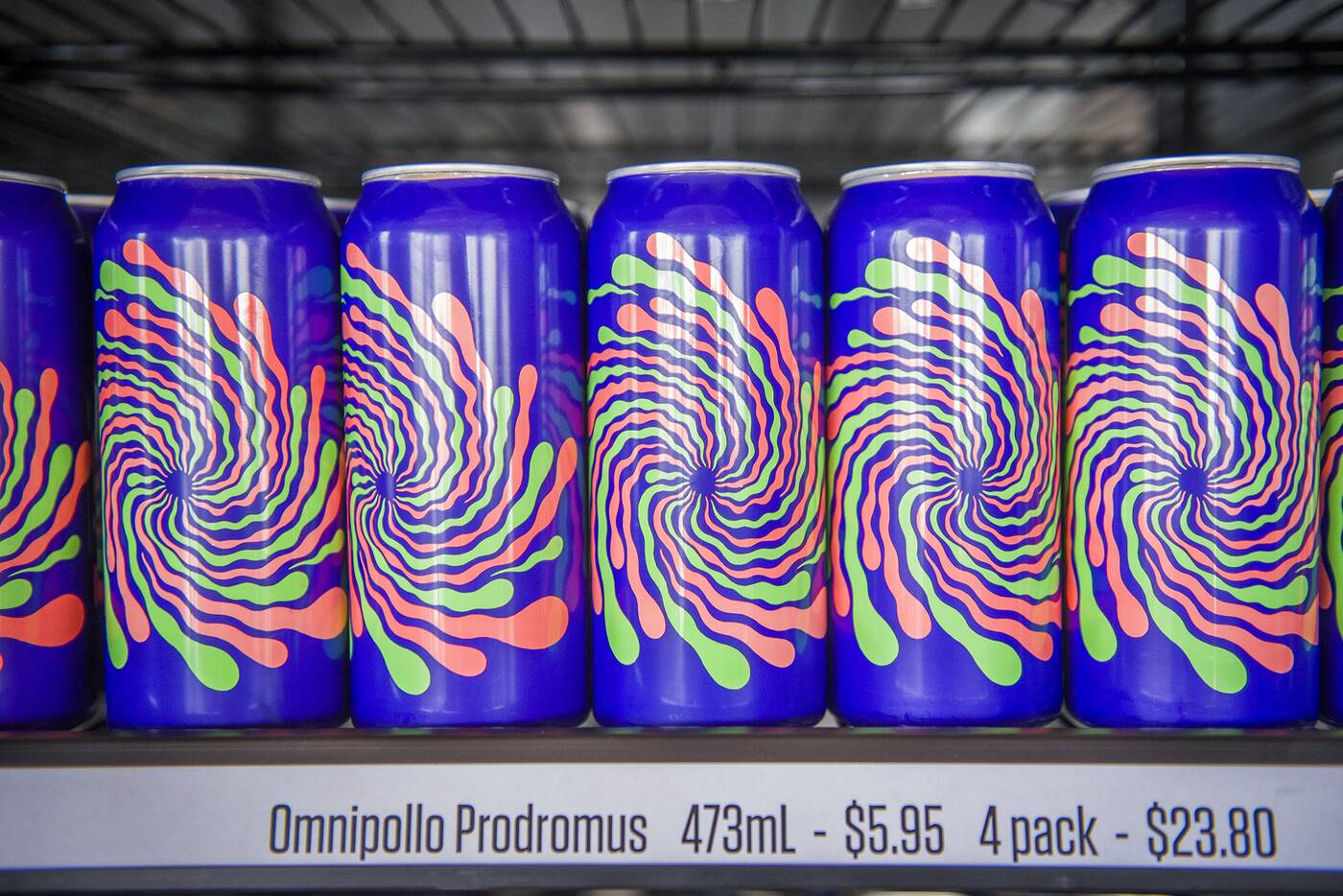 A fridge is stocked with exciting retail cans. 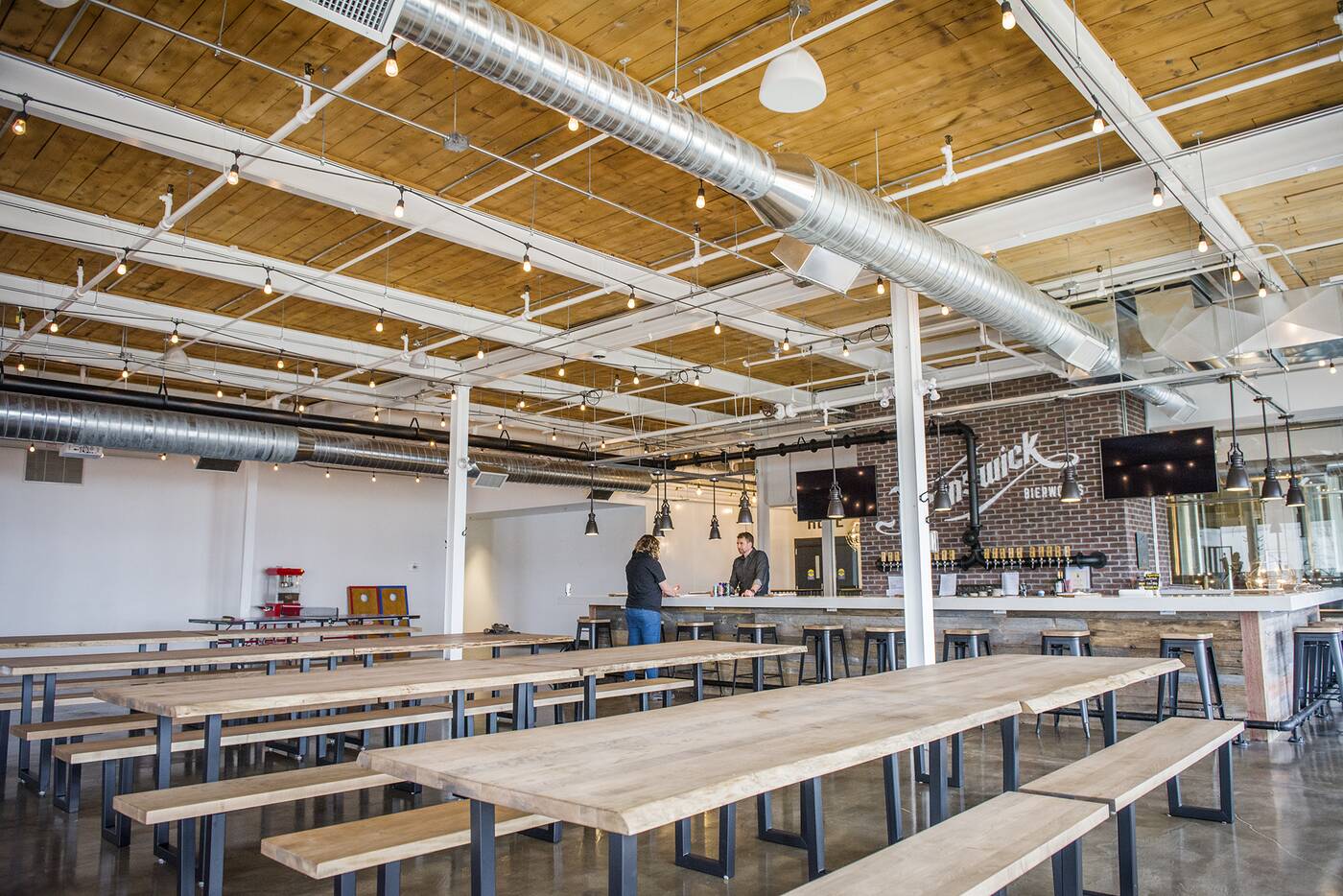 There's lots of space for large groups to try out some of the freshest beer around. 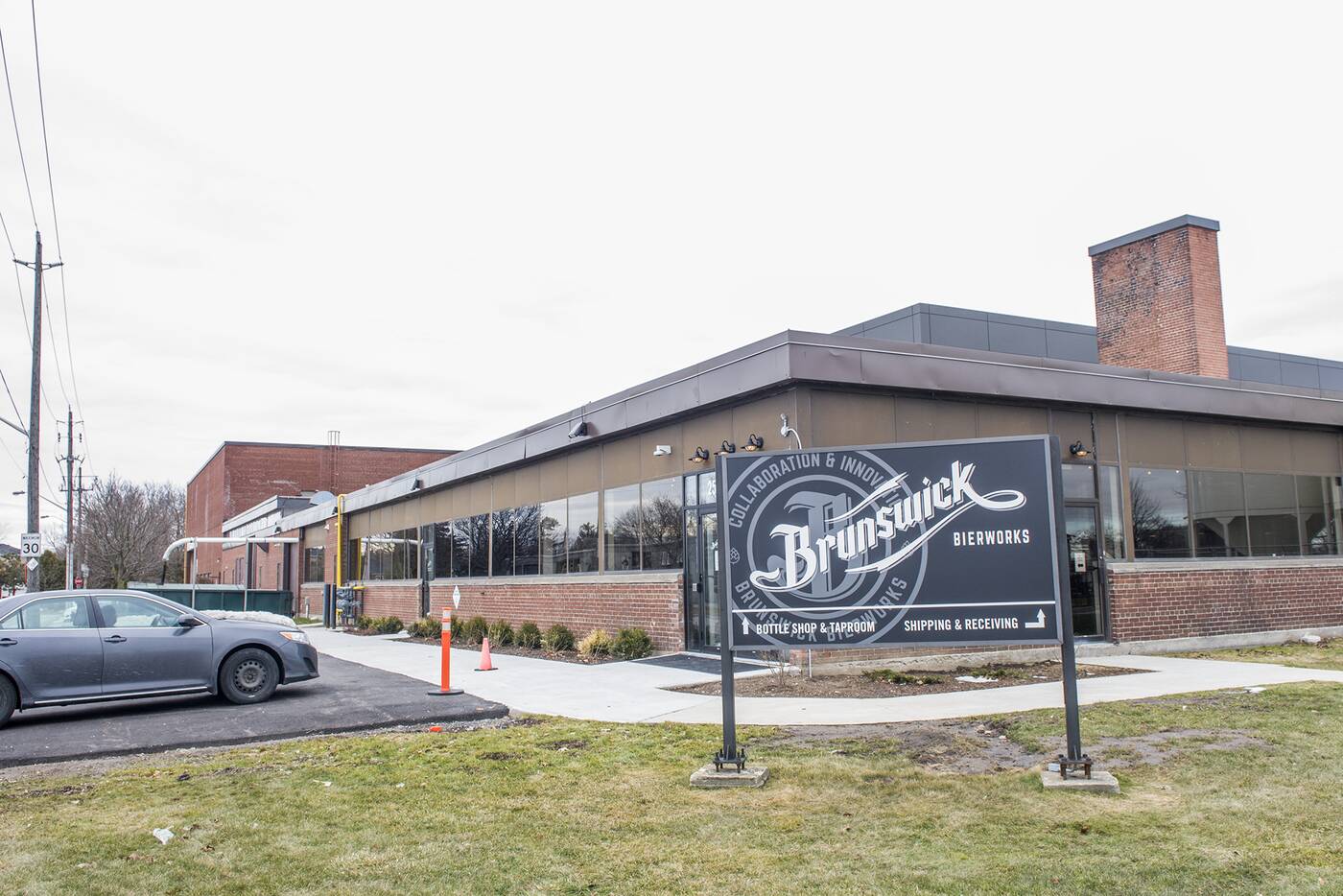