Union Studio is a boutique fitness club that opened this past summer. Already it has garnered attention due to the fact that is co-owned, in part by Raine Maida and other members of the Toronto band, Our Lady Peace . Located on a largely residential strip of Wellington St., just east of Bathurst, the interior is a light-filled, modern, and minimalist space inhabiting two floors of a building that also houses the downtown Moksha Yoga location . 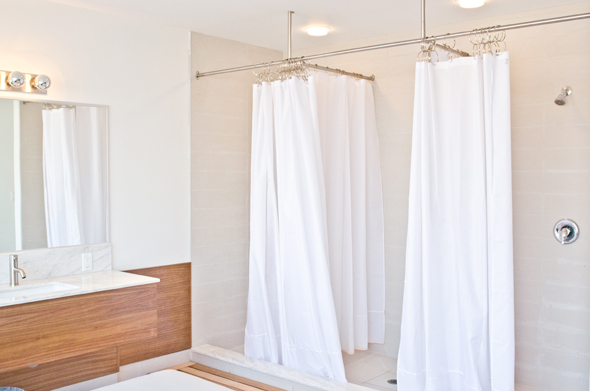 Although visually pleasing, there are several elements of the physical space that may not be appealing for some. For one, it's very cold, which I don't mind at all, and frankly find preferable when working out. However, dressing in layers may be advisable. While the women's change room (I didn't see the men's) is sleek and contemporary, it's small and very open, which means that it could easily get crowded, and there is no privacy. 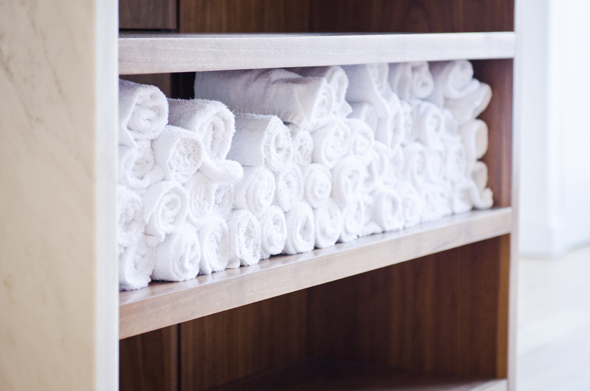 In addition, there are open spaces at the top of both toilet stalls, which means, given the small space--well, you can infer. Also important to note is that the complimentary lockers, which include a key, are located downstairs near the entrance, and not upstairs in the change rooms.

The studio specializes in small group classes that incorporate some of the most popular fitness trends such as spinning, Gravity training, TRX suspension training , Kettleballs, and ballet-inspired barre classes. 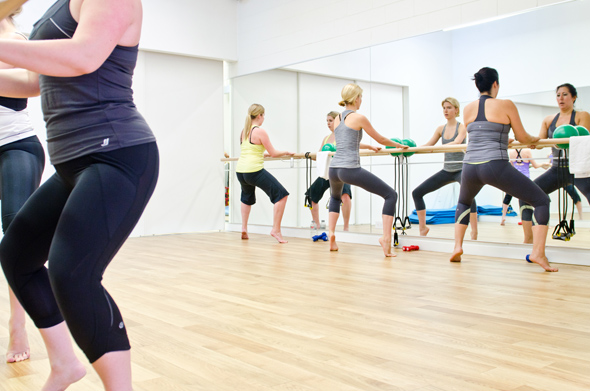 I arrived on a Monday to try out a lunchtime barre class with some trepidation. Although I have taught fitness classes for over 20 years, most of that time has been spent in my local JCC and university athletic facilities, rather than exclusive, private facilities. My apprehension also stemmed from the fact that I was going to a barre class, and in spite of my extensive fitness experience, I am surprisingly uncoordinated, and tend to avoid anything remotely related to dance in order prevent public humiliation. I needn't have worried.

Both the young man at the desk, and Christie--the class instructor and one of the studio's co-owners--were friendly and approachable. Christie made a point of knowing each of the 6 participants' names before we started. Although I was told the clientele is largely young, professional females under the age of 30, there was one guy in the class, and despite having left my 20s a while ago, I didn't feel like a dinosaur compared to my peers. 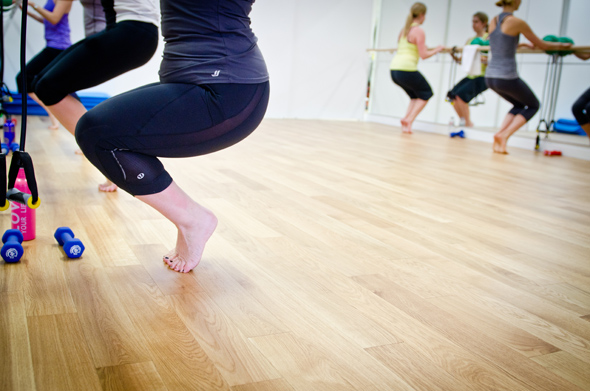 Done in bare feet, the barre classes claim to offer "...the perfect balance of flexibility, stability, posture and strength. You will leave the classes feeling taller longer and leaner." That's a tall order for someone, such as myself, who is only 5'2 when stretched to full length. But I did, in fact, leave the class feeling somewhat longer and leaner. After a brief warm-up, we began doing some strength exercises using light weights. This was followed by mostly lower body strength and balance exercises using the barre. 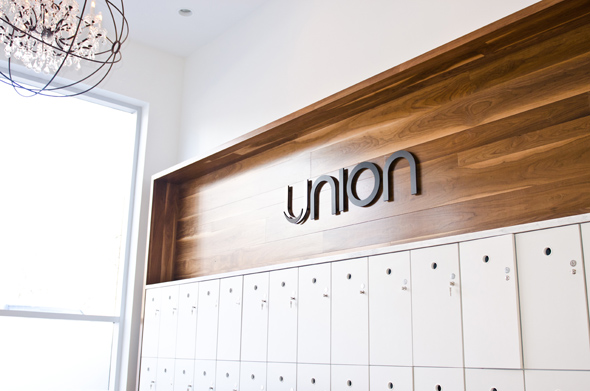 We finished on the mat with exercises similar enough to Pilates for me to feel competent. Christie offered supportive, and personalized attention to all participants, making it welcoming and comfortable for a newbie like myself. While this is not a workout for torching calories, it's perfect if your goal is to improve muscular endurance, balance and core strength--aspects of physical fitness that often get neglected. In combination with the studio's spinning classes, TRX, and Gravity training, you can easily address most of your fitness goals at Union.