The Toronto Climbing Academy was recently forced to relocate from its original space at Queen and Broadview after 16 successful years of operation as a haven for east end climbers. But, far from bemoaning this necessaity, the TCA's owners approached the move as a chance to start fresh and take full advantage of all the progress that had been made in indoor rock climbing since the gym first opened its doors in 1994.

The Academy's original location was my climbing gym of record for the past five years, so the new place had a lot of work to do convincing me it could live up to the great expectations I had for it and to dethrone the original in my esteem. 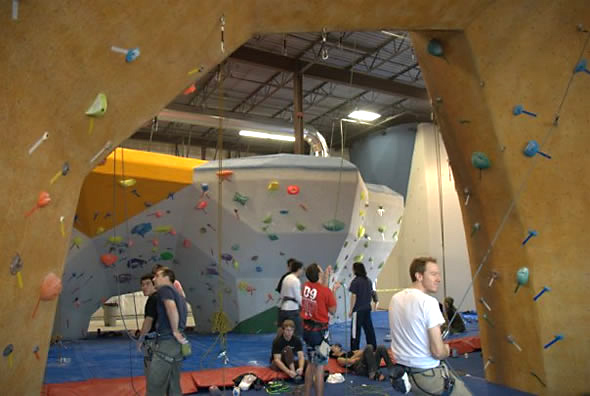 I have to say that my skepticism was short lived after trying some of the amazing new wall configurations, and climbing on angles and textures you don't really see in other climbing gyms in the city. From the moment you start a route, you'll notice the thought and care that has gone into making the indoor experience a little more like outdoor climbing than simply sticking some climbing holds on a piece of plywood.

The walls have great texture thanks to the hard work and clever design from Rockwerx . In many cases the texture and built-in features of the walls are used along with the holds to create routes that are as mentally challenging as they are physically demanding.

The place is bursting at the seams with lead routes, top rope routes, and boulder problems all set on a wide array of climbing terrain available including overhangs, chimneys, and slabs. And the TCA is the only climbing gym in Toronto that offers sections of simulated outdoor rock features on walls designed by Pyramide. 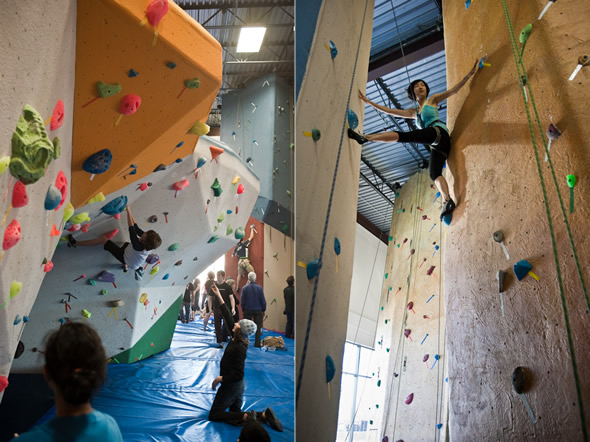 The space is clean and bright owing to the floor to ceiling windows that flood the space with light-- another unique feature for a climbing gym in the city (most are in warehouse spaces that are bereft of any natural light).

If you're looking for something fun to do on a weekend afternoon then you really can't go wrong with a visit to TCA. Climbing is a great, fun way to trick your body into exercising, and there aren't many facilities better equipped to keep you entertained and maybe even get you hooked than Toronto Climbing Academy.