The TKMT Academy in Leslieville is the third TKMT location in the Toronto area. This fall, martial arts guru Warren Lee gave opened the academy, just north of Queen on Carlaw. (The address is listed on their website as 290 Carlaw, but the street number is actually 302).

When I stop by for a drop-in class ($10 for the first lesson), the instructors seem almost surprised to see me. Since I've already taken a class at one of their other locations, I am exempt from signing a waiver that effectively says that should anything bad ever happen to me while I'm boxing, it's probably just genetic . 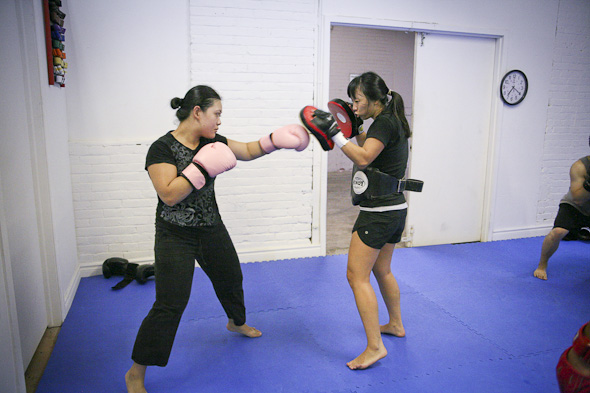 The new location is definitely nothing much to look at - one giant room, bare white walls, a boxing ring in the centre. There are changing rooms and showers, though lockers are not available. 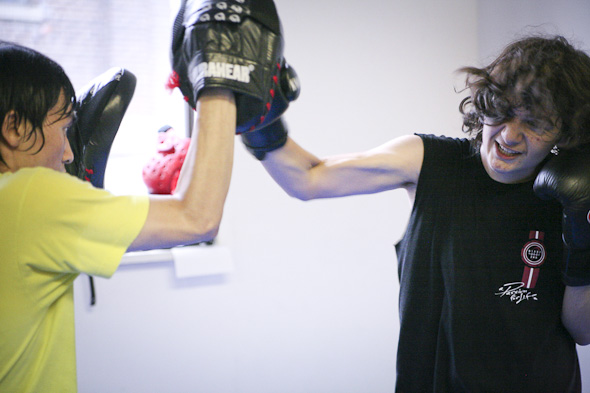 At 6:30, everyone in the studio grabs a skipping rope for a group warm-up, which combines jumping rope with push-ups and burpees. If you haven't exercised in a while and are feeling self-conscious, there's really nowhere to hide. But that's your fault, because you signed up for this. 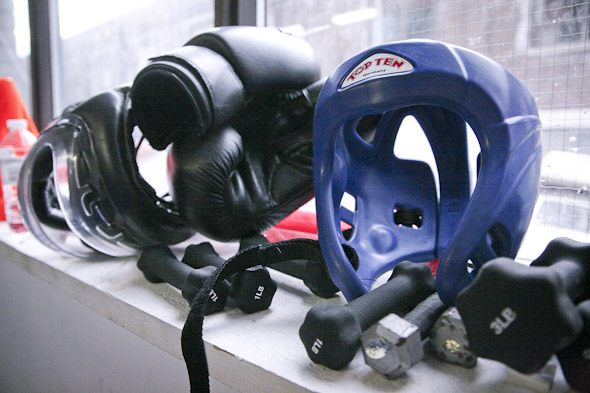 Much to my relief, the less experienced members are cordoned off for a smaller, more remedial class. Since the place is only just starting to attract members, the two of us in the less advanced group have two instructors to ourselves. 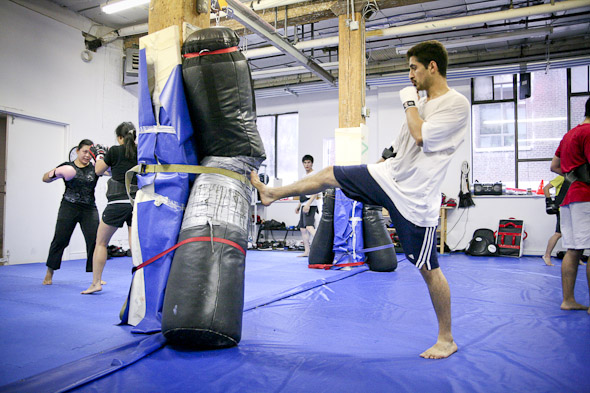 Neil, our incredibly patient and encouraging instructor, has been practicing martial arts for decades though he has only recently taken an interest in muay thai. Before we partner up, Neil and his assistant enthusiastically teach us the basics: the right stance, proper movement, how to kick. Neil apologizes because the mirrors have not yet been installed, though in my case this is a relief. 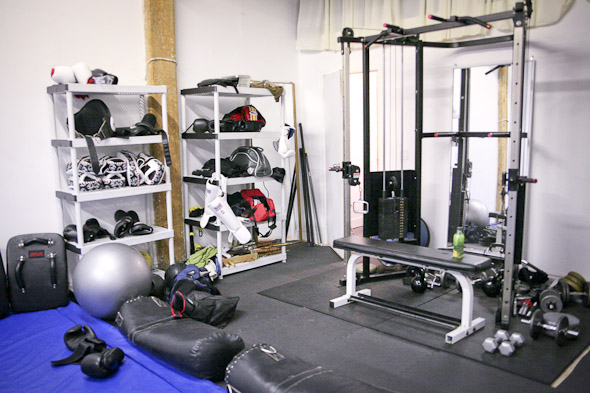 Soon enough, the gloves are on (they even have bubblegum pink ones), and we are taking turns throwing jabs, crosses, and basic kicks while our partner holds up thai pads to block our attacks. 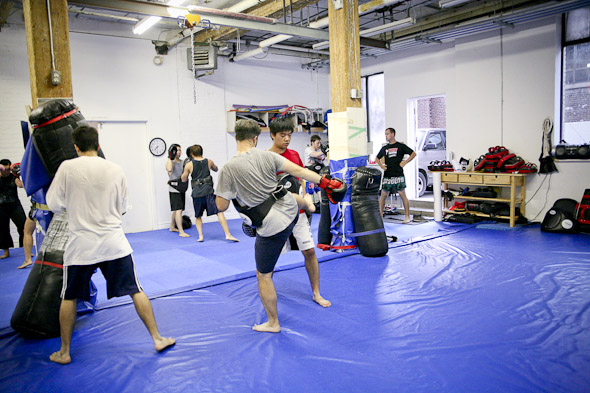 By the end of the 90 minute lesson, we may not have been martial arts masters, but we did learn enough to feel like competent adults again, and possibly defend ourselves on the walk home past the sketchy nearby construction site. The class ends with a lesson in traditional Thai etiquette and a round of mandatory fist-pumping. 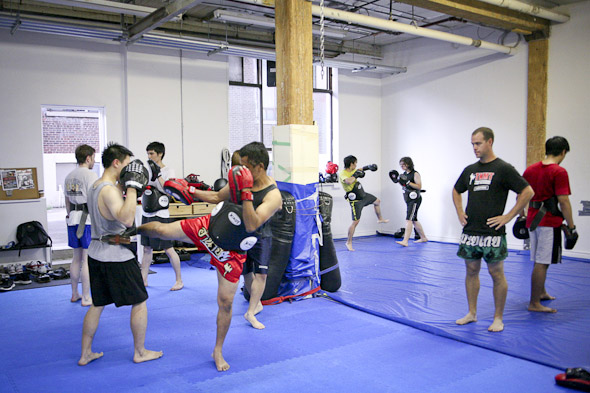 After the class, I ask Neil what kind of clientele this location serves. He tells me that while just a few years ago, the sport attracted a number of hardened criminals and thugs, it's increasingly popular now amongst their defense lawyers. He stresses that whoever comes in has to be willing to be respectful of all other members, and that TKMT has an unusually high number of female participants. 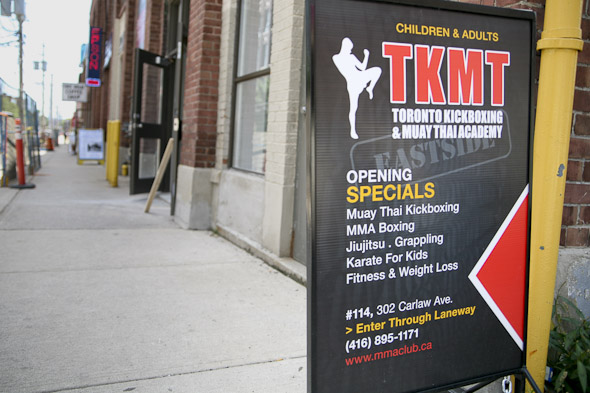 At Carlaw, the classes are run much like the ones at the downtown and uptown TKMT locations, but they are smaller and the instructors compensate for the lack of facilities with incredible care and attention. If nothing else, I left feeling sore, tired, and eager to return for more.