Surfset Toronto is the city's newest unconventional workout. While you may not be surfing actual waves, or are even able to take your board outside, once you climb on you won't even miss the sunshine and cool breeze (OK, who am I kidding - but it's pretty cool nonetheless).

When I walked into the brand new Yonge and Eglinton studio, I was greeted by co-owner Sofia Mok, who gave me the grand tour. I was super impressed by the fresh, light and airy feel of the whole studio. While the space wasn't large, everything was clean and white and actually quite pretty. 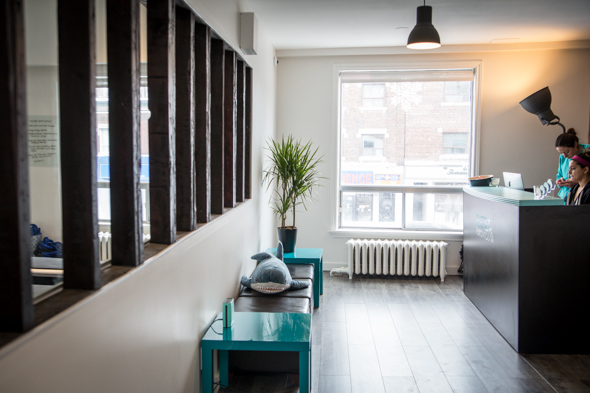 A few years back, Mok explained, the idea for the gym was presented on Shark Tank and took off in the United States from there. While there are multiple gyms and fitness studios in Canada that cover the Surfset workouts, there are only four actual Surfset studios (one in Calgary, two in Montreal, and one in Toronto). 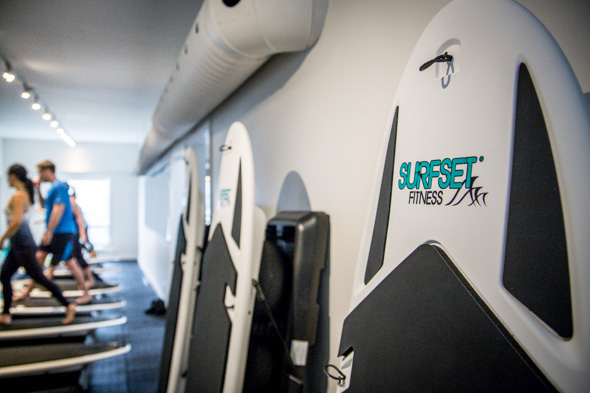 What makes working out on the board so special? "The board is not stable - it's balanced on three stability balls - your body goes into working the supporting muscles groups right away, as well as your major muscle groups which allows you get that leaner look after," Mok explains.

They offer four different classes, depending on what you'd like to work out. Balance, which is a yoga-inspired workout; Burn, a sweat-inducing cardio class; Build, to work on your muscles; and Blend, a mixture of all the workouts. 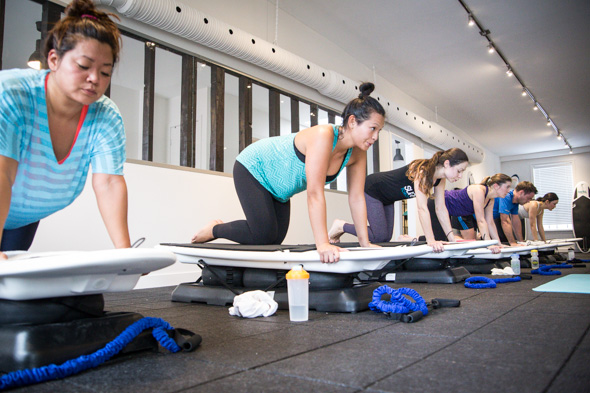 I opted for the Blend class. Seeing as Mother Nature decided to dump 10 cm of snow on us that day (the things I do for fitness!), there were only four of us in the studio - two other class members and Mok. This was totally fine by me - the fewer people around to see me potentially fall overboard, the better. At maximum, a class can only hold 12 people, so you'll always get a more personalized workout. 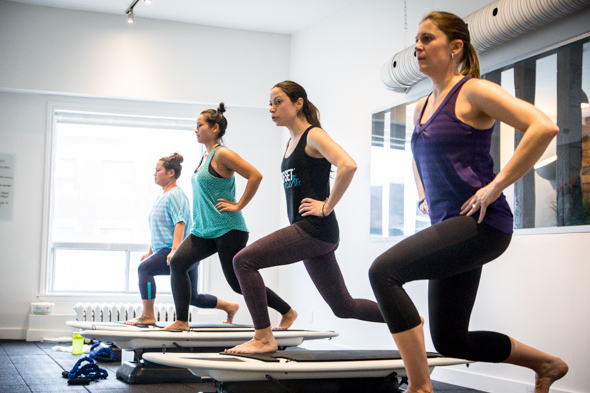 Before we started, Sofia asked us if we wanted to work on any particular body part during the 45-minute long class. Abs and butt were called out (it was all girls, in case you were wondering), but after (awkwardly) climbing onto the board, I realized every part of the body was about to be worked out.

She started us out with getting comfortable with our balance on the board and some stretching. There are three levels of resistance you could try out on the board (the less resistance, the more wobbly the board becomes). We all decided to stick to the easiest form with the most resistance (which was still a challenge and a half). 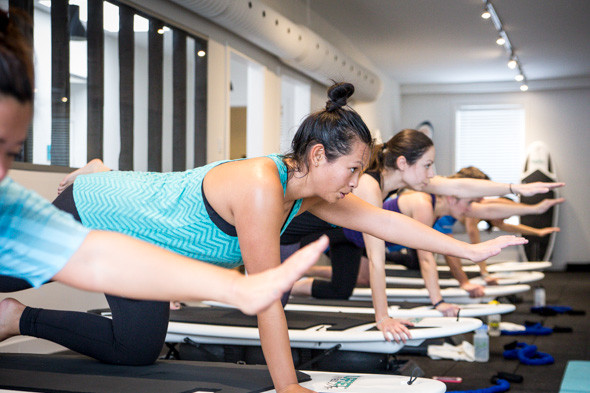 A quick tip/trick that I realized towards the end of the class, the more you relax on the board, the easier it is to keep your balance. At the beginning I was super concentrated on keeping the balance and it kept wobbling over to one side. But after I stopped trying to over-direct, it was smooth sailing.

We got into some cardio by doing burpees on the board. I'm not much of a sweaty Betty, but within a few minutes of these I was getting pretty toasty. Burpees can be hard on their own, but imagine trying to balance on a board while doing them. I was constantly trying to keep my core tight to balance myself. 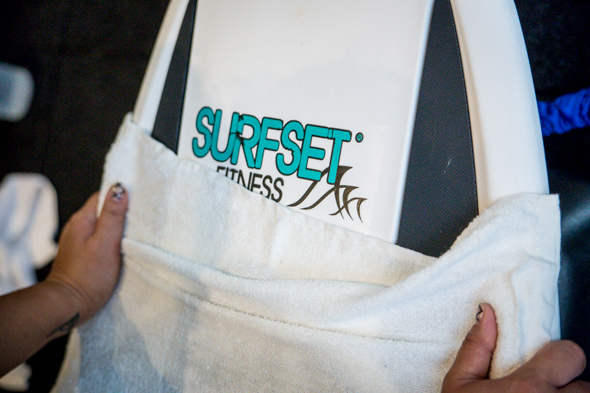 Speaking of core, Sofia also had us doing planks and various other forms of ab work. We moved on to legs and butt with leg raises and fire hydrants, then arms, with push-ups and resistance bands. The buns and guns were blazing (had to). We finished up with some yoga and more stretching, and pretty much every inch of my body was tired. Seeing as you can set your own pace and resistance, this is a great place to keep building and challenging your body. 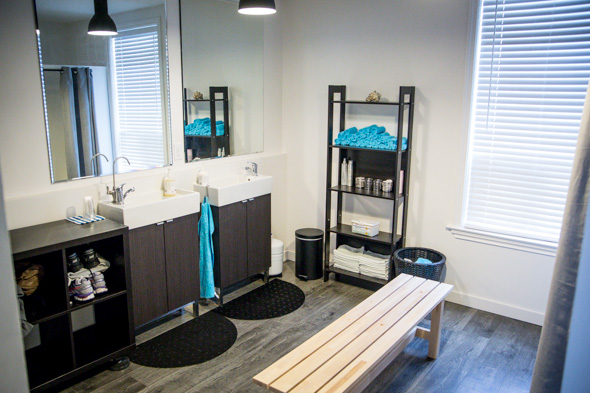 While I loved my first Surfset experience, I'd say the big drawback was the fact that for that price (which for me personally, is a bit expensive), you really only get the classes - there isn't any other equipment in the studio to work on. But if you want an intimate class and a solid workout, then Surfset is a great alternative to a straight-up gym. 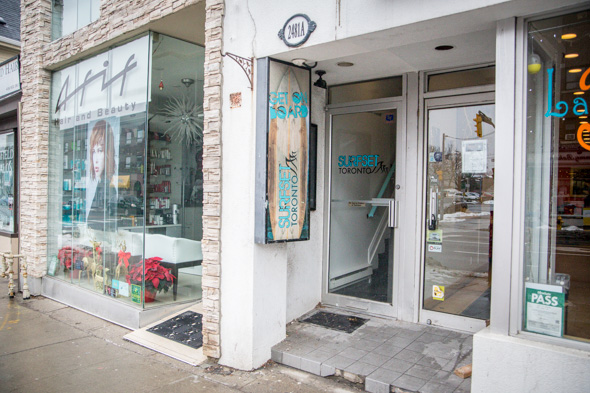