MISFITSTUDIO on Ossington is currently open but their offerings and services may be affected due to the pandemic. Please contact the business directly for more information about any changes. Is this your business? Please contact us if you would like to update this message.

MISFITSTUDIO has a focus on movement and dance, with the addition of barre, Jazz and classic dance classes.

Owner Amber Joliat is widely regarded in the fitness community as bringing a new style of movement to Pilates and yoga. Joliat's background of art and dance has been at the centre of her work. Movement and dance is infused in all the classes, creating a unique and soulful transfer that elevates a class beyond yoga or Pilates. 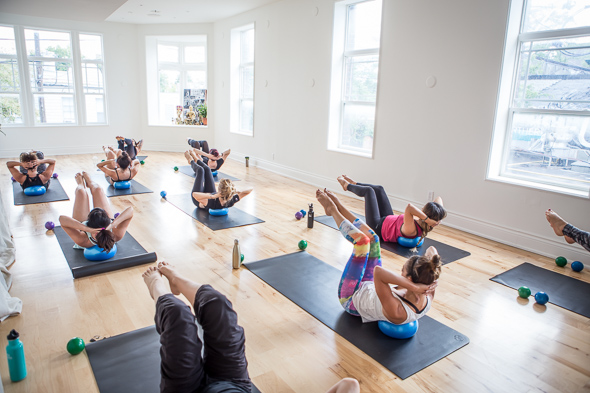 Fusion, MISFIT's signature class and its most popular, blends dance, yoga and Pilates into one. The class ignited the studio's reputation. 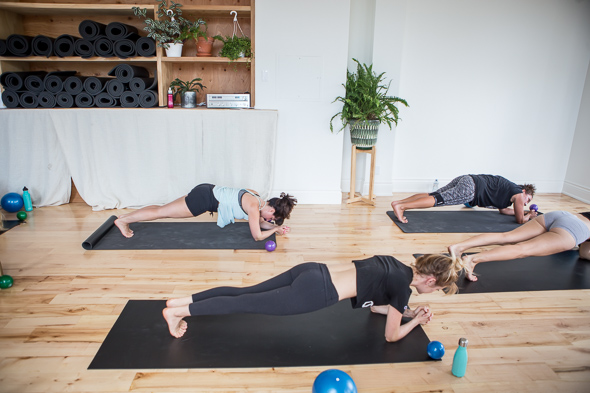 "No one really knew how to describe Fusion, because no one would teach with music," says Joliat. "No one would break out of the confines of Ashtanga, and when I did, it really stirred things up." 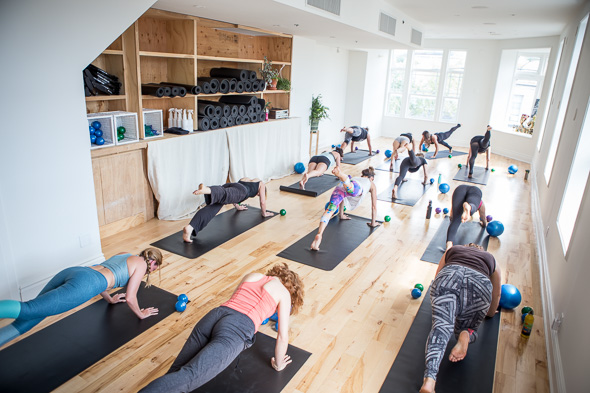 Misfit Ossington was initially meant to be a hotel by the same people that own Omaw . When that didn't work out, Joliat took the opportunity, and within a few months, had renovated and put up the signature black and white 40s-inspired collages on the walls. 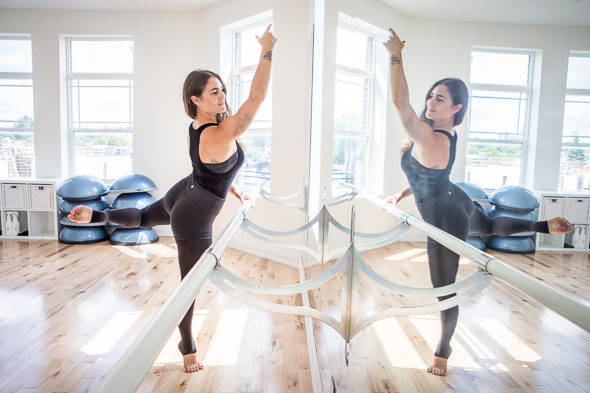 The studio, located on a side entrance of Humbert Avenue, feels like a well-kept secret. Walking up the stairs, there's no indication of where you're headed. Once you see the small reception desk adorned with the classic black and white photos, you know you've arrived. 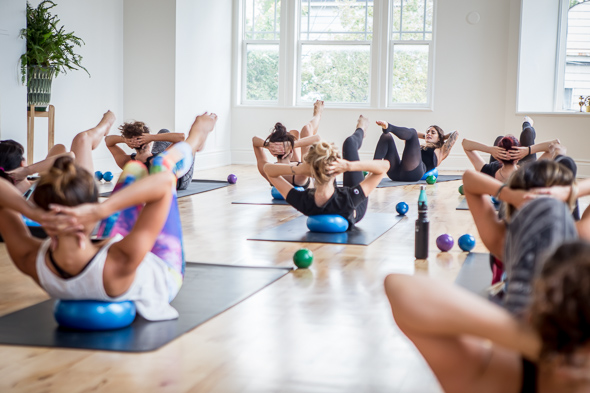 MISFIT keeps its classes rooted in yoga, inspired by dance and using techniques by Pilates. Classes include Get Lifted, Get Playful, Get Lit, Get Cheeky. A Pilates class integrates the classic Pilates moves with yoga and rhythmic dance. 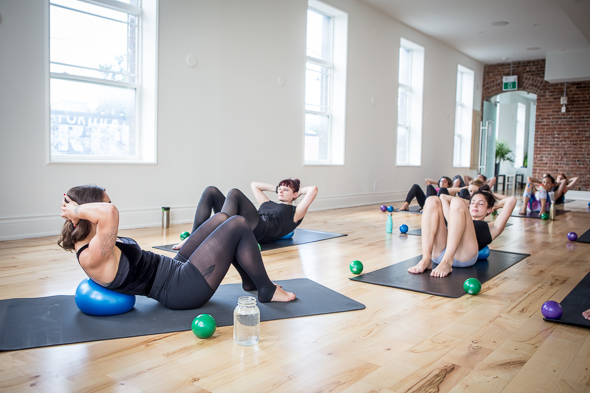 On the first floor is the main studio with bright, open windows overlooking Ossington, and a symbolic view of the CN Tower. Pilates, yoga and Fusion classes are held in the main room. On the upstairs is the Barre class, showers and change rooms. 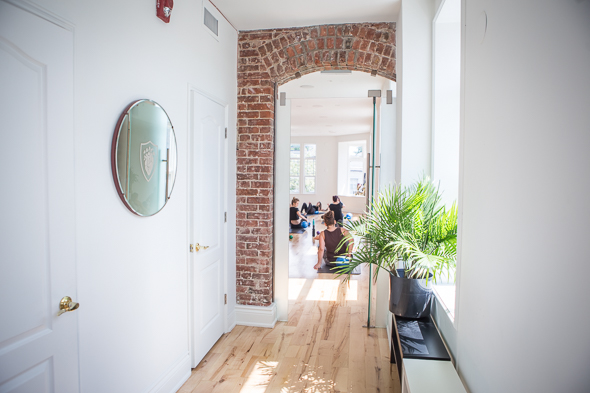 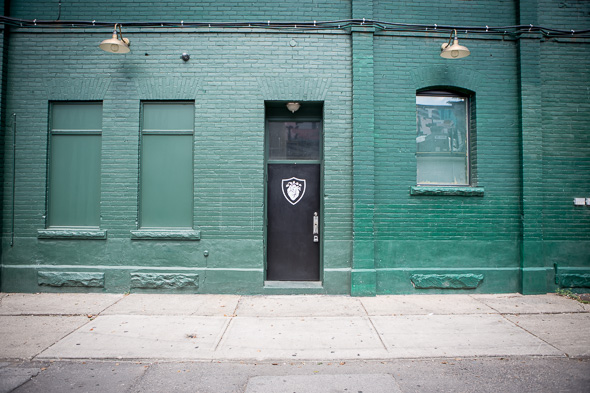 The Best Pilates in Toronto