Hercinia Arts Collective is a space specializing in various types of dance and acrobatic skills. When I checked out their class roster, I initially wondered if circus tricks are the latest trend, to go along with bushy beards, retro sneakers and going out for tacos. 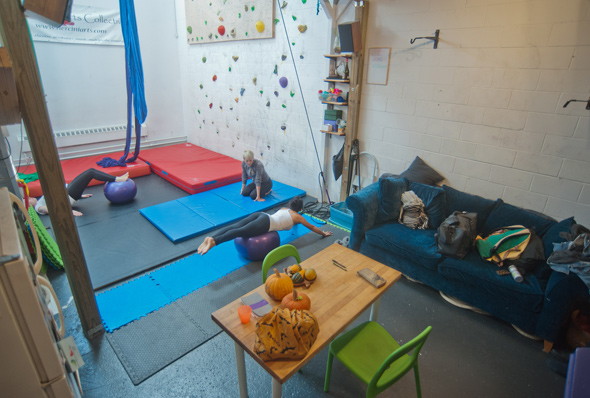 But trendy and shallow this place is not. Hercinia caters primarily to professional performance artists and is owned by three such folks: Emily Hughes, Natalie Parkinson, and Molly Keczan, all of whom perform in a variety of private and corporate events for a living, along with running Hercinia and teaching classes.

Nonetheless, the classes are open to lay folks, and if you like trying new things (or have always wanted to run away and join the circus), a visit to Hercinia should definitely go on your bucket list. 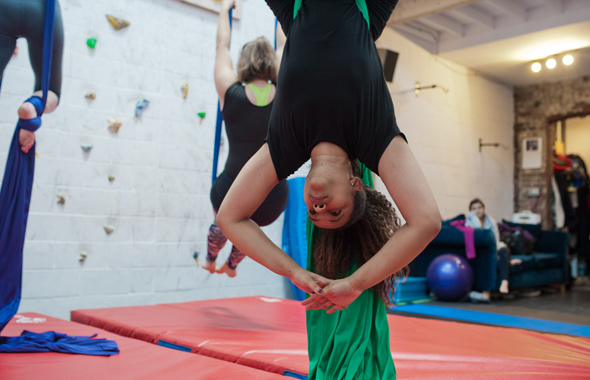 Class offerings include aerial, silks, trapeze, and handstands. I chose to check out a Thursday morning handstand class for one reason: during the three or four years I did gymnastics as a kid, handstands were pretty much the only thing I could do well.

In fact, I could walk on my hands for several consecutive minutes. But a number of decades have passed since those days, so I do admit to having some trepidation as I headed down for the class. I started to wonder if handstands are really a good idea for a middle aged, non-circus performer or if I would be leaving in a full body cast. 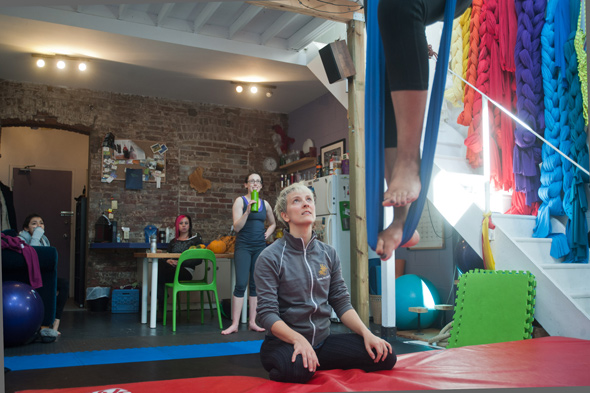 I was delighted to discover that handstands are still fun and accessible to grown-ups! Once I found the studio (hint: go around to the back of the building), I almost immediately felt at home, as if I were in a friend's living room.

In a way you are, as Molly lives in the space, which is a loft retrofitted with a climbing wall, Tarzan-like ropes and other types of equipment which were entirely unfamiliar to me. Emily and Natalie were taking the class, along with one other student, all to improve their own performance skills.

It was taught be Chris, another professional acrobat and gymnastics coach. All were disarmingly down-to-earth and cheerful. I guess it must be hard to be gloomy when you swing in the air for a living. 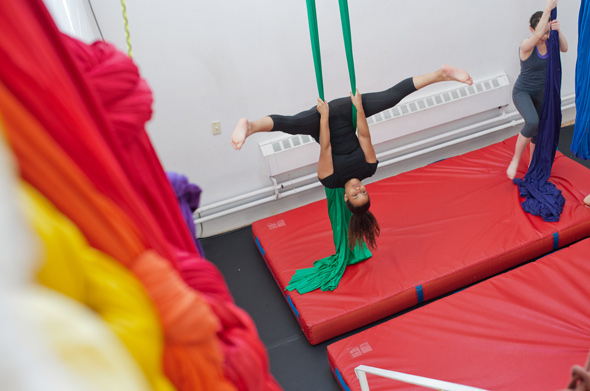 The class is 90 minutes, and I was a little frightened that I might have to be upside down for that entire time, but much of it involves non-inverted strengthening work to improve your handstand skills.

Chris let the others, all familiar with the routine, warm up on their own, and he put me through the warm up exercises he gets people to start with.

A lot of the focus is on core strength, and, actually, many of the exercises were Pilates-esque. They were also very challenging and I felt them in my abdominal muscles for the rest of the day.

Posture and alignment is another focus, and Chris explained that handstand training can also be beneficial to improve postural problems and back pain in those do not need these skills for their professional work. 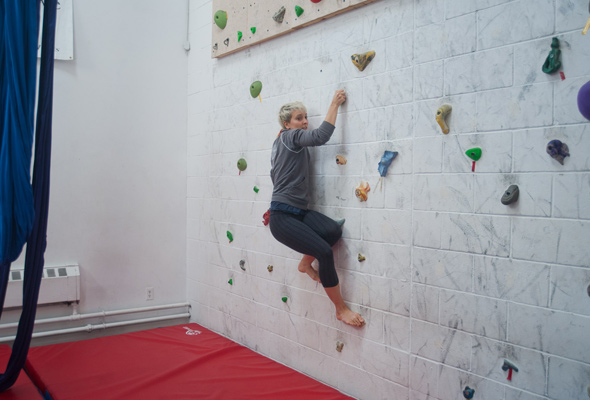 Chris eased me slowly into the inversions, first using the wall, and then not. By the end of the class, I was doing a handstand unsupported (although he was spotting me closely), and feeling a great sense of accomplishment.

I also realized that for the first time in as long as I can remember, I spent an hour and a half without thinking about anything except what I was doing. The usual worries flitting through my mind about work, kids, money, time, balance, etc. weren't there. I was having too much fun. 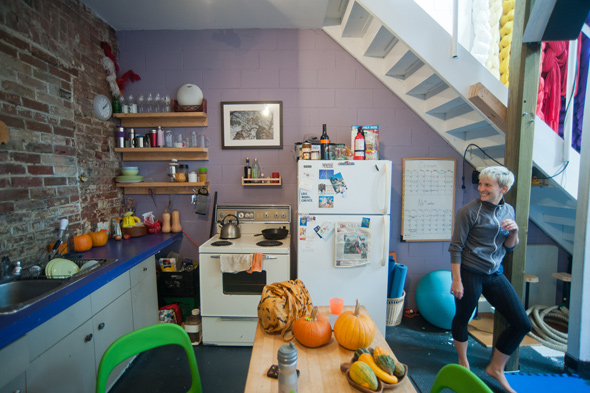 If you are looking for a calorie torching workout, the classes here probably aren't your best option; however, if you attend consistently, there's no doubt you will significantly increase your strength and fitness.

I liked some of Chris's core exercises so much, I plan to integrate them into my regular workout plan. More importantly, by standing on your hands for a while, you might get a much needed change in perspective on our upside down world. 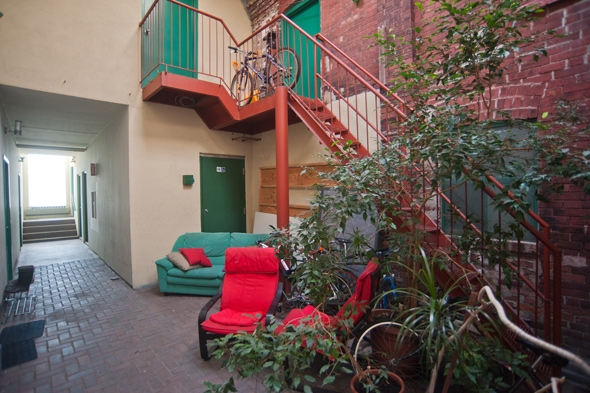