Greco Fitness offers that rush of adrenaline that stays with you long after the workout is done. Amy Secor and her partner, Nathan Farrell own the studio located on Blue Jays Way. Originally from Ottawa, it was founded by Tony Greco, and has been increasing in popularity since it started over 10 years ago. 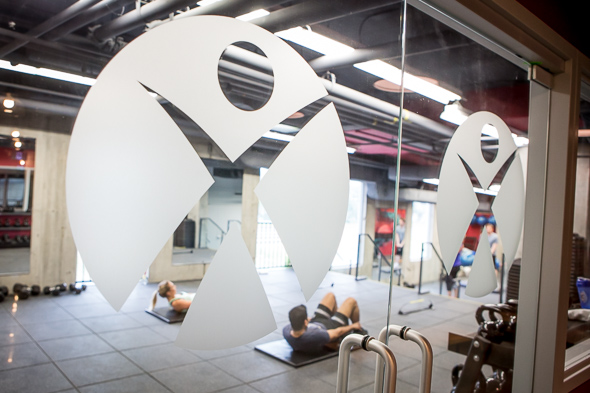 Greco is popular enough to have its own thread on Reddit . There are 14 locations in Ottawa, though this is the first one in Toronto. While not a Crossfit workout, it is similarly a high intensity workout completed in 45 minutes that leaves you high on adrenaline and endorphins. 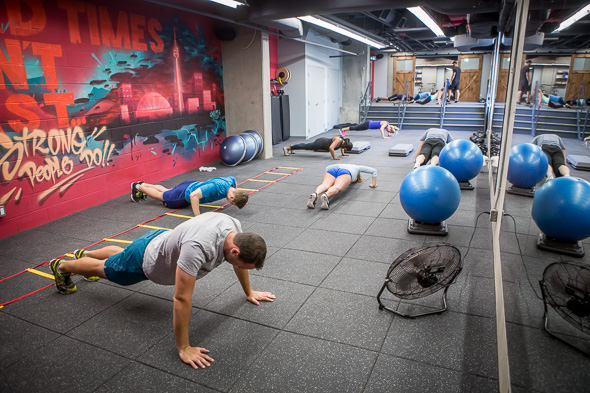 The studio has some nice touches that don't go unnoticed, like the black and gold garbage bins, mason jar holders with hair ties and other essentials for women, and charming wooden doors and tables brought in from Nathan's farm in Perth, Ontario. 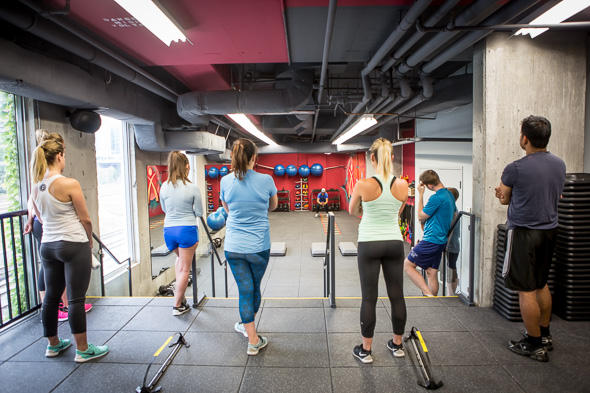 As a member of the Greco studio in Ottawa for six years, Secor loved the gym's philosophy. Before opening the studio in Toronto, she was a paramedic for 10 years. Although the hours are just as gruelling at the studio, she absolutely adores having Greco as the place she spends her time. 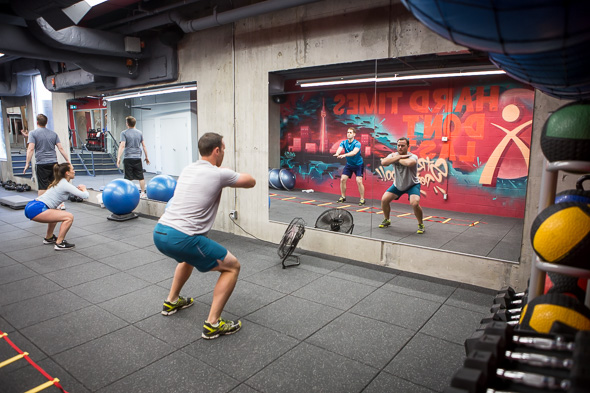 Secor and Farrell saw the need in the Toronto fitness market for the Greco lifestyle. Some of their clientele are former Greco Ottawa clients, and others love the studio so much they are regulars at the 6 a.m. class, which happens to be the most popular slot. 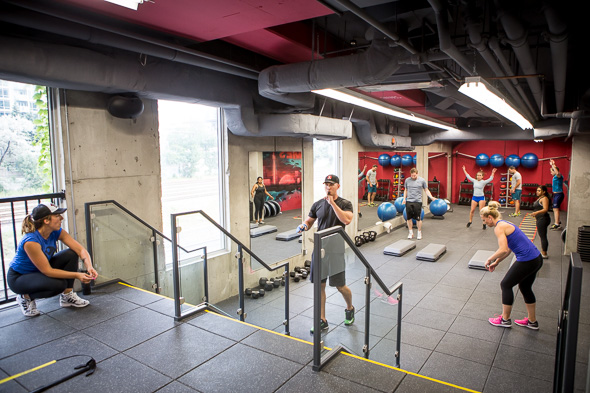 I appreciate that Greco isn't one of those intimidating and macho gyms. It's friendly, inviting, and the staff are trained and knowledgeable about fitness. They're there because they believe this is part of a lifestyle that can get you the results you want. 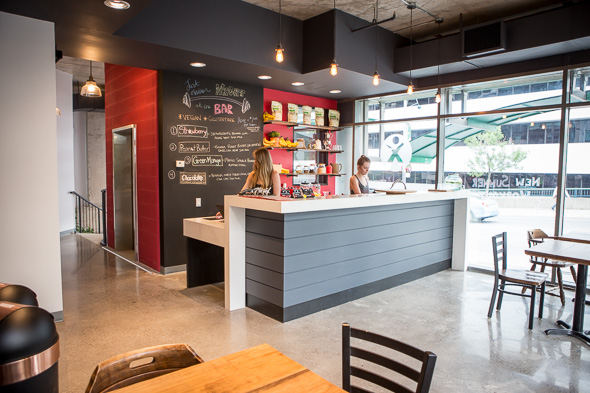 The two-floor studio has spacious change rooms and lockers in the basement as well as the gym, with the reception and lounge area on the first level. 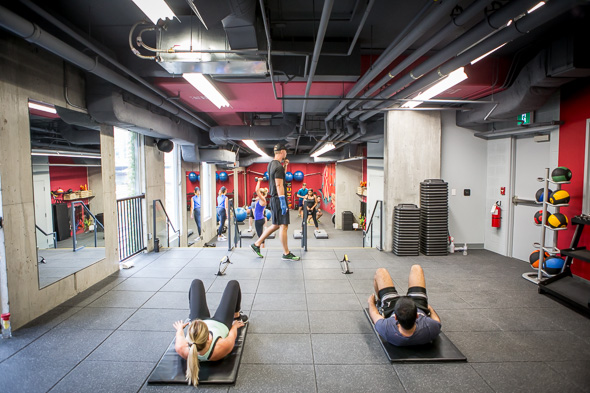 If you find self-directed workouts hard and lack the motivation but want the intensity of a P90X workout, then Greco is highly recommended. With 45 minutes, and a really great instructor who is by your side the whole time, you get a superb workout that tones the entire body. And I do mean the entire body. I felt the burn everywhere the day after. 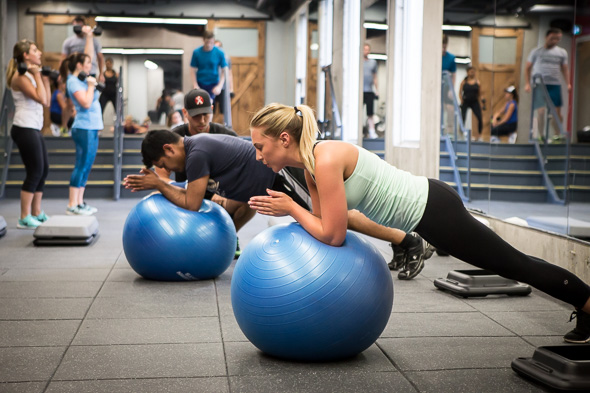 Jesse Taylor, the instructor is there everyday, and a really great motivator. He effectively pays attention to every participant throughout the class. He takes his time with you, and doesn't fake his enthusiasm. 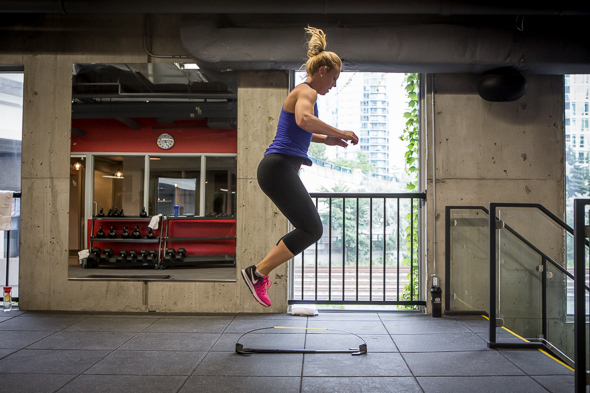 I take in the signature Greco class, the Lean and Fit, which consists of eight stations completed three times. But, in between those rounds are "bonuses." These small but mighty workouts are extreme!

Panic sets in when I realize we're doing these three times! But they go by so fast, and are so effective they seem almost like an afterthought. Greco forces you to do exercises you wouldn't normally do, like a round of 50 squats and backward lunges. 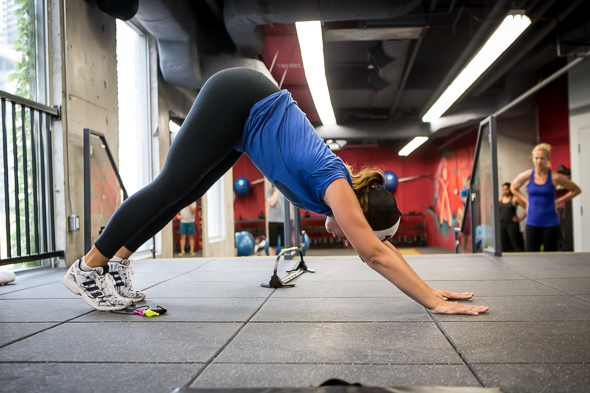 I had trouble getting the coordination right because of my mental exhaustion, but luckily Jesse was there to help me until I FINALLY got it. Throughout the class you are focused and feed off everyone's energy.

What I liked most about the class was going through a circuit with a partner, even if it's also an individual experience. You're not tied to another person's rhythm or timing, you're just at the same station as them. 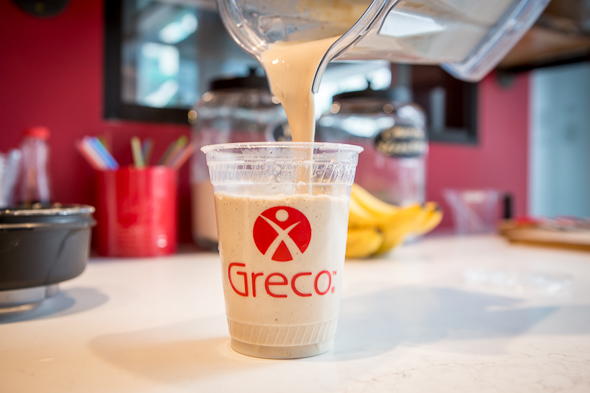 You benefit from the motivation, while also going at your own pace. The exercises are short but powerful, and you're in and out quickly, with the added bonus of the post-workout smoothie from their juice bar. 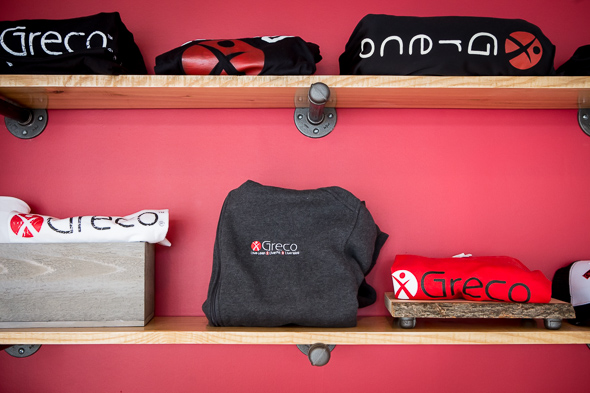 Greco is built on the idea of community, and challenging yourself whether it's your first or 100th class. Greco's social events, free run club, and outdoor classes are just some of the reasons this gym has attracted a cult-like following. 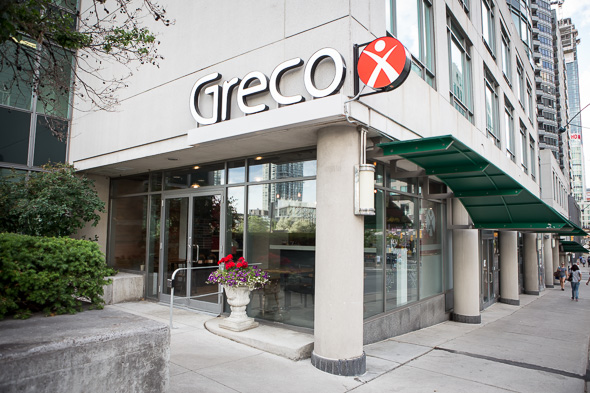