Aum Center Yoga has taken over Krudar Muay Thai 's former location, and they're filling it with the power of deep breathing-based exercise, and joules, too (more on what those are later). 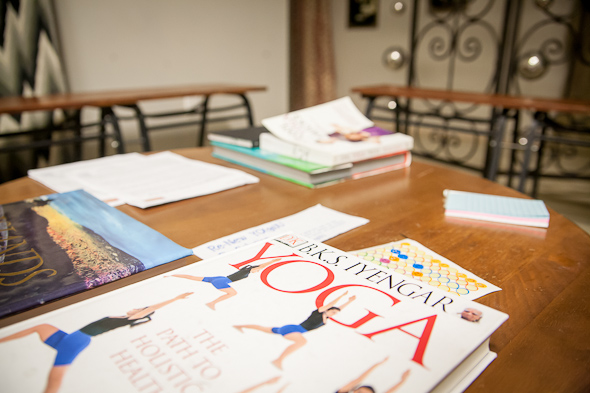 I show up at 6 pm for what they call the core yoga class. It's focused around abdominal breathing and core strength. Owner Wally Podilchak or Wally-ji (ji being an affectionate Hindi epithet) comes from a fitness education and university sociology background, with training from Gyan Yoga , so the fusion makes sense to me. 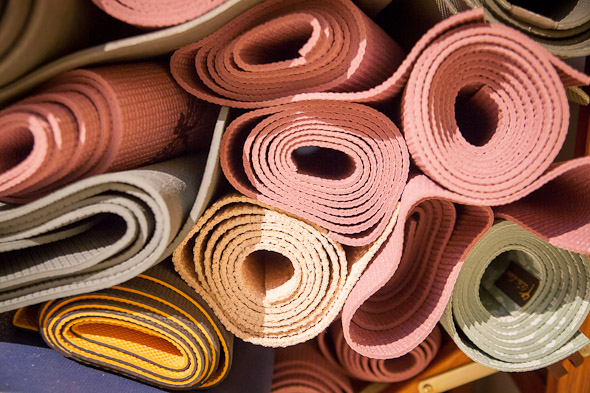 Our class takes place in the rear Moon room, as opposed to the more frontward Sun room for hot yoga. It's about seven degrees cooler than normal since the heater is on the fritz today, but no matter. Wally-ji reminds us that it's not the stretching and posing in yoga that makes us sweat, but actually the core breathing (which we just happen to be focusing on today).

And it's true; after five minutes of the focused breathing, my body is noticeably warmer. As an added bonus, he's more like a supportive father figure than the marble statue of an instructor that's often seen in trendy spa-styled yoga studios these days. 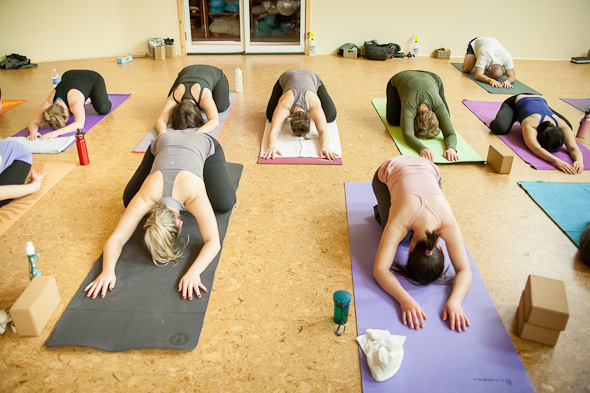 There's respect for the spiritual aspect of the tradition, with nods to the physical workout, but Wally-ji's approach is innovative, as well. Having practiced yoga on and off for the past ten years, I'm happy to be forced into new tricks like an elbow and abs-based pushup movement that he's improvised.

Lying flat on our stomachs, we inhale deeply into the abs, lift up, and pull back in an upwards dog crunch, driven by the core. "This might be a little more advanced than what you're used to," he says, but he laughs along with us, sensing our frustration. 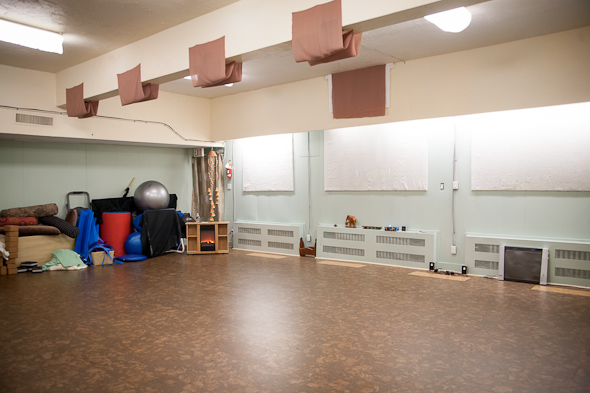 I also love their creative pricing plans. A standard class is only $10 and you can even pay in Joules spent. Their website explains it best: "We price our classes in Joules: the energy created when you release the tension from inside your body and enter a mindful yogic state. With unlimited Joules passes, you can convert and transform a great deal of yogic energy." 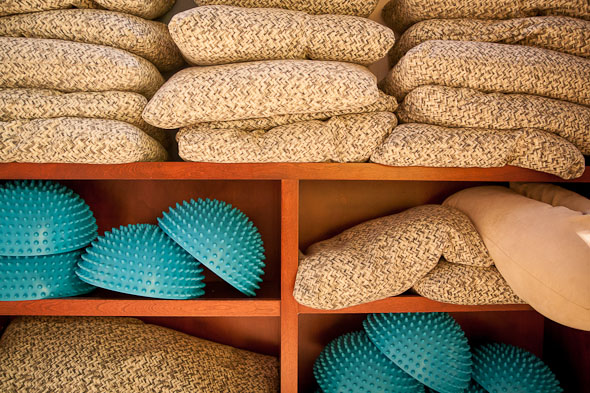 Aum Center Yoga is affordable and aligns itself with true yogic values of health and well-being, rather than arguably secular health and wellness marketing fads. They offer over 20 different styles, from classics like Hatha and Nidra, to specifically tailored and modern creations like "Oceanic," an aquatic-themed class that blends dance with underwater movement, and "Yoga man! (Am I STIFF)," for unwinding tight muscles. 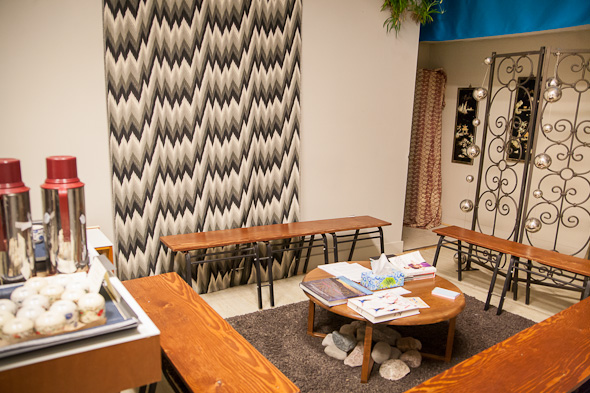 The green lychee tea is always plentiful and waiting for you in the Kensington-styled chill-out lounge, just be mindful that working on your cell phone is not permitted while you wait for class. Try doing something revolutionary, and make a new friend instead. 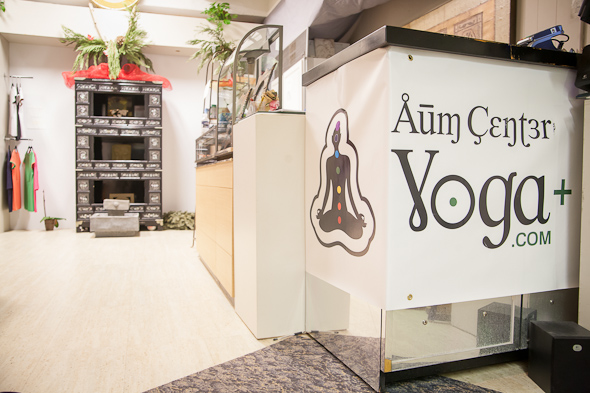