If you grew up in Toronto during the 2000s, then you might be familiar with the rush that was running to the television just in time to watch Gisele's Big Backyard on TVOKids.

The show, which aired from 2005 to 2016, was a staple in Canadian children’s programming. Now, the woman who was welcomed into the homes of kids across the province — Gisele Corinthios — is on social media and it's bringing back the childhoods of a lot of her fans. 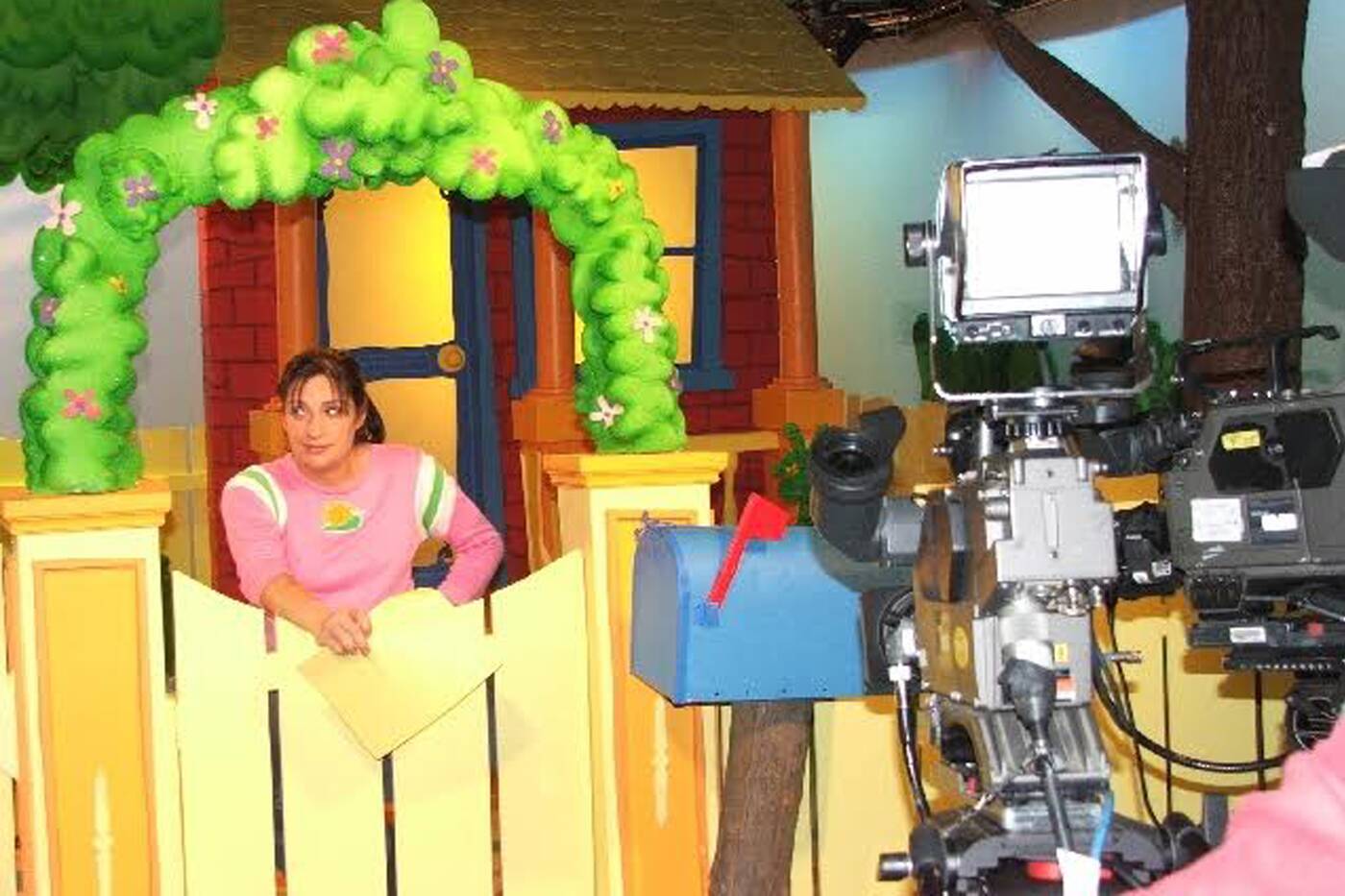 She tells blogTO that it's been heart-warming to read messages from people who thought of her as their friend throughout their childhoods.

"Hearing these kids who are all grown up express what they valued about the show has been completely mind-blowing to me," she says.

She has received hundreds of comments (and hundreds of thousands of likes) from her 23.5k followers on her TikTok page, including sweet messages like "you were my childhood" and "I spent every morning with you." 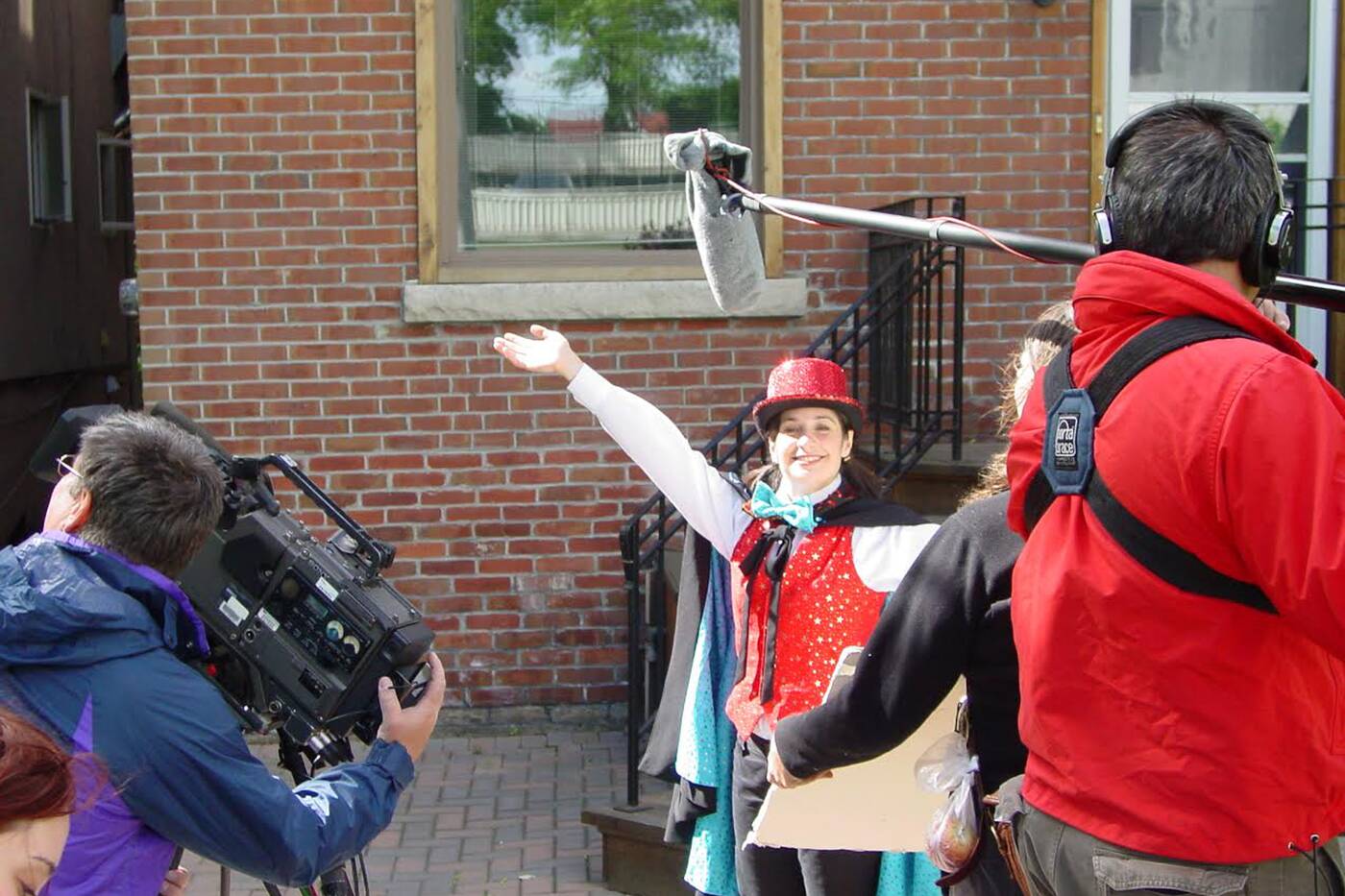 Behind the scenes of shooting Gisele’s Big Backyard. Photo via Gisele Corinthios.

For kids who grew up before social media, shows like the Big Backyard were safe spaces to connect with fun characters and learn.

On a recent throwback video she posted, a commenter wrote, "You just unlocked a special time where life was simple ... I'm crying and watching this over and over."

Another told her, "I drew a picture of me playing with ants and sent it to you. I watched you open it on TV at five years old and have had a superiority complex since."

While for some the show was just a fun pastime, for others it played an even bigger role.

"It's been a huge awakening for me to learn that so many of these grownups came from heartbreaking homes as kids," GIsele tells blogTO. They now tell me how the shows were an escape for them, and that drives me all the more to want to provide a happy place for kids to turn to."

Looking at her comments she was able to do just that for many. "You brought so much security and comfort to my childhood!" one TikTok user wrote. "You helped me learn English when I was a little kid. Thank you," wrote another.

With a background in theatre, Gisele came to Toronto from Montreal to become an actress. After struggling to secure consistent work, she decided to follow her love of working with kids and become a kindergarten teacher. One day she came across a newspaper ad for a TVO preschool host and producer position, which for her was the best of both worlds. 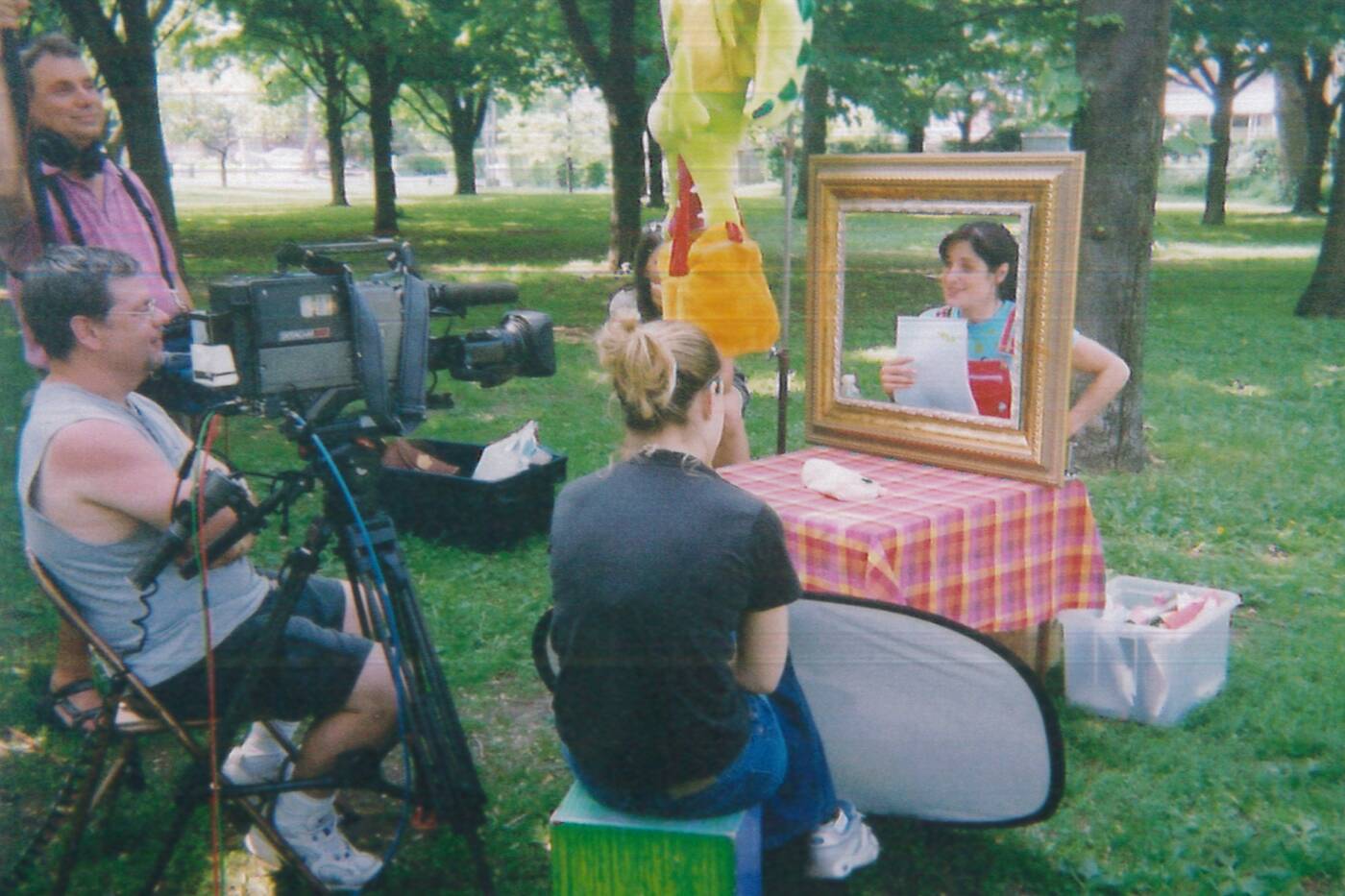 Shooting Frame of Fame on The Nook. Photo via Gisele Corinthios.

Some millennials on social media remember her from her first show, The Nook, which aired from 1998 to 2005. Most Gen Zs, however, associate her ponytail and friendly smile with Gisele's Big Backyard.

"Getting the job at The Nook was really life-changing," she says. "It was work, but really it was just a part of me. I think you're so immersed into people's homes and lives and you feel this connection with so many families and that still stands to this day. I’m blown away to find my audience all grown up now." 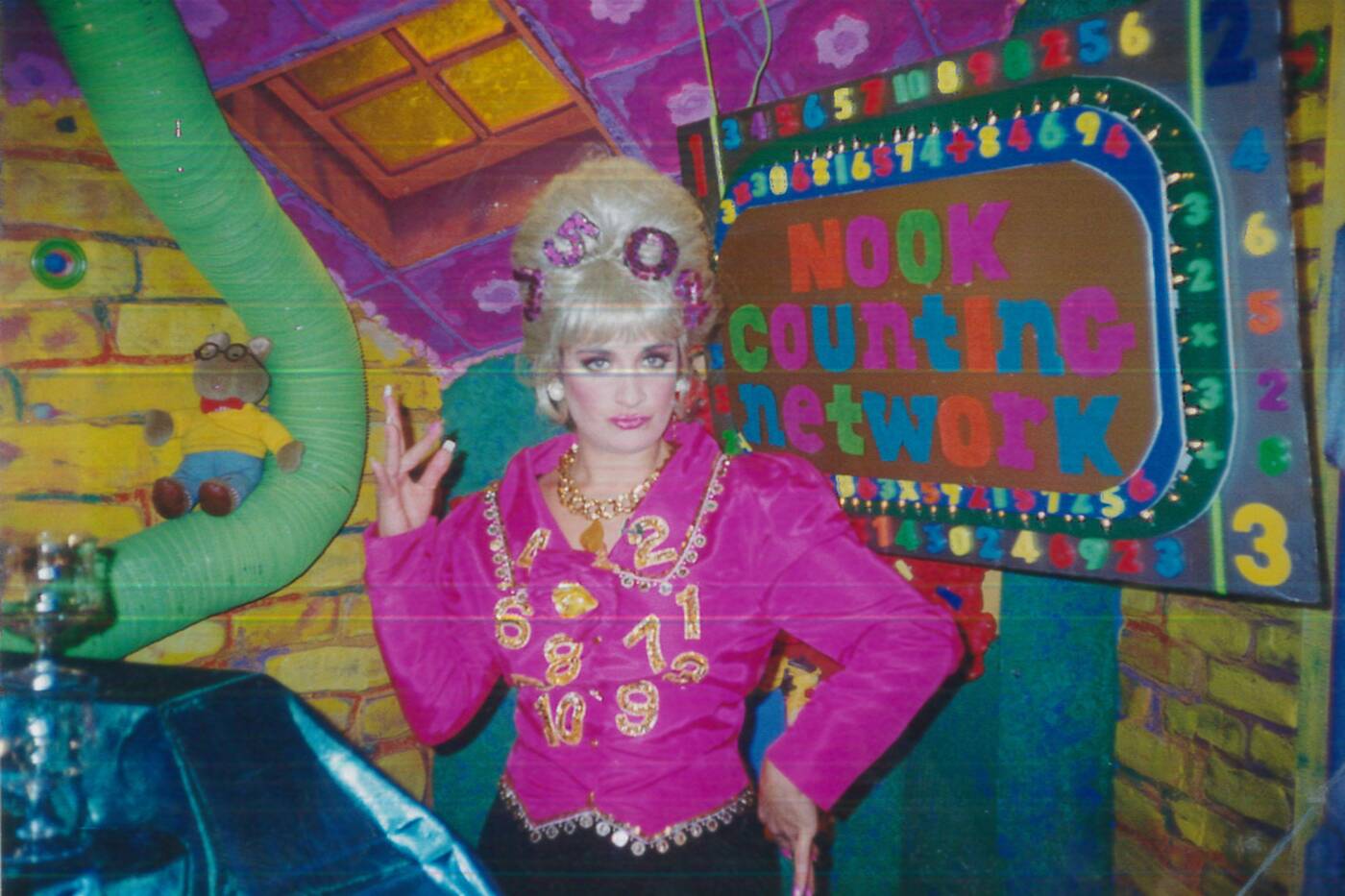 Despite Gisele's Big Backyard ending in 2016, Gisele has not stopped working in television. She's written for animated shows and most recently developed a comedic silent show that she says has focus-tested particularly well among children with autism.

Many of Gisele's old fans who reconnected with her through social media are also excited to hear that her bubbly personality is still entertaining youth through The Gisele Mishmash YouTube channel she launched in 2020.

With it being over a decade since The Nook first aired, Gisele is now a familiar face for more than one generation. 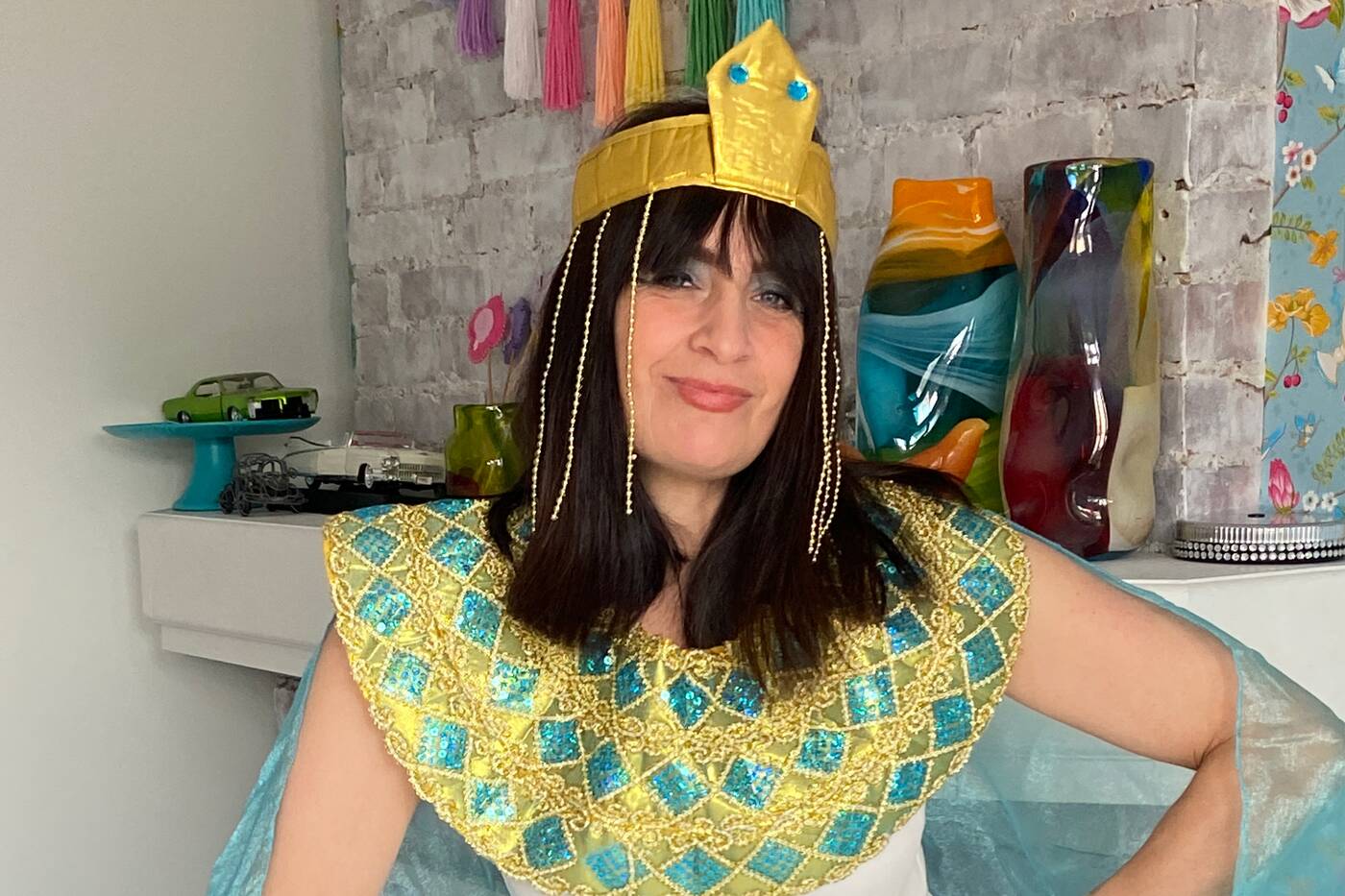 "Many of the kids who watched me are parents themselves and they're excited to share my YouTube channel with their kids," said Gisele.

Looking at the comments on her new videos, she’s right. "I used to watch you every day on TV and now I put you on for my son," one viewer wrote.

Without social media Gisele says she wouldn’t have been able to reunite with so many people, but she admits that she wasn't always a big fan of the different platforms.

"I avoided social media like the plague," she said. "I was always afraid I was too sensitive for it. I'm only comfortable with it now because I'm much older." 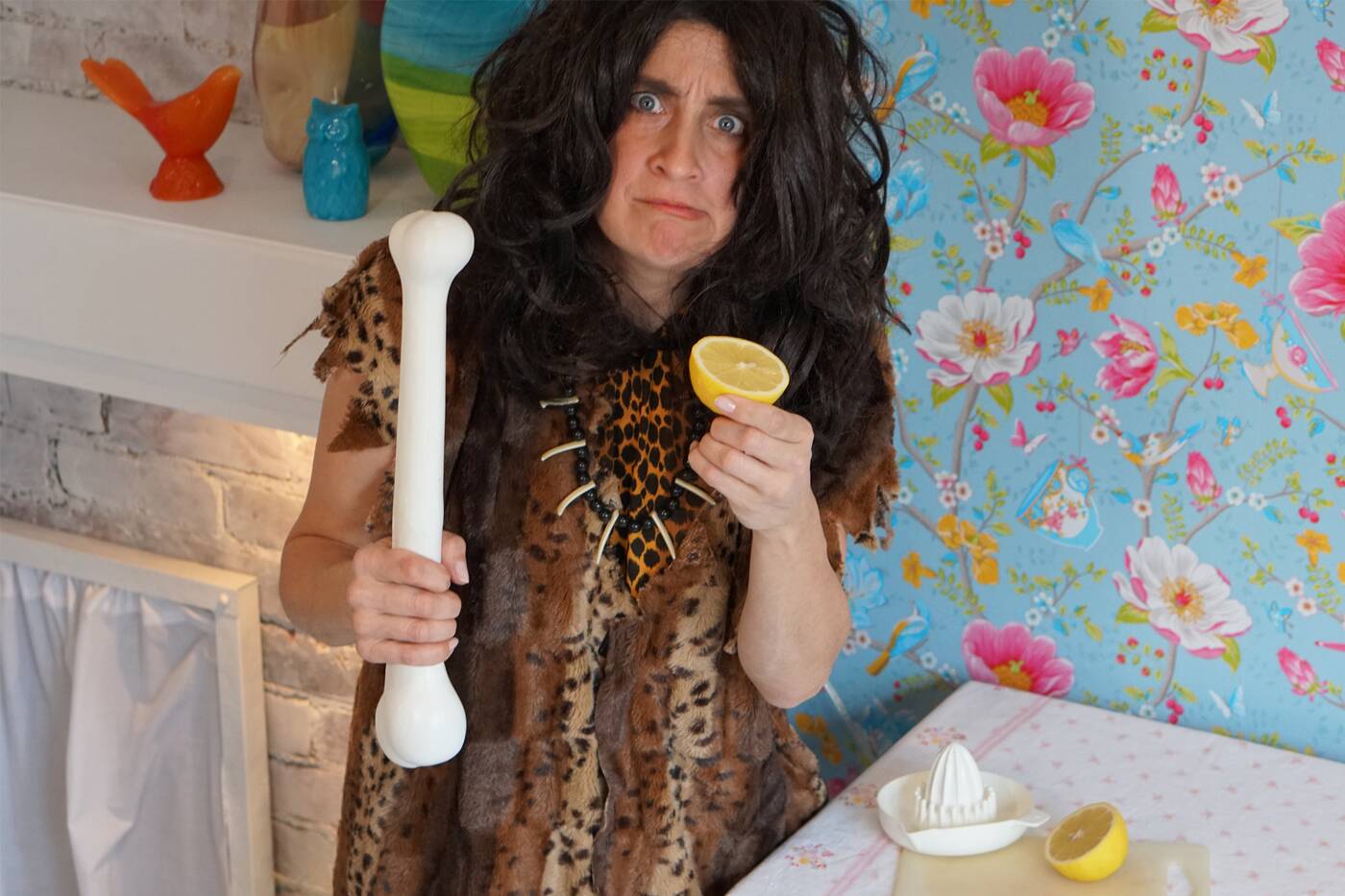 Gisele dressed up as Grub on The Gisele Mishmash YoutTube channel. Photo via Gisele Corinthios.

Much like the character she played on TV, Gisele wants to encourage the next generation to pursue their passions.

"That's going to guide you," she says. "It's going to bring you to where you’re meant to be. But you need to work hard and trust your intuition."