Toronto high school spotted in The Queen's Gambit on Netflix

You surely know by know, if you're a fan of The Queen's Gambit, that parts of the wildly-popular new(ish) Netflix show were filmed in Ontario.

There's a little bit of Cambridge, a little bit of Hamilton, and a tiny slice of the 6ix sprinkled throughout the seven-episode-long dramatic miniseries. Pretty much everything else was shot in Berlin.

As previously reported, the Winners store on Front Street East made an appearance on the show, playing the role of a Ben Snyder Department Store in Lexington, Kentucky.

This week, someone on Facebook spotted another Toronto locale while watching the show: Western Technical-Commercial School in High Park.

Once you see it, you can't unsee it: Beth Harmon's high school (Fairfield High School) looks exactly like Western Tech, because it is Western Tech (slash the Ursula Franklin Academy slash The Student School.) 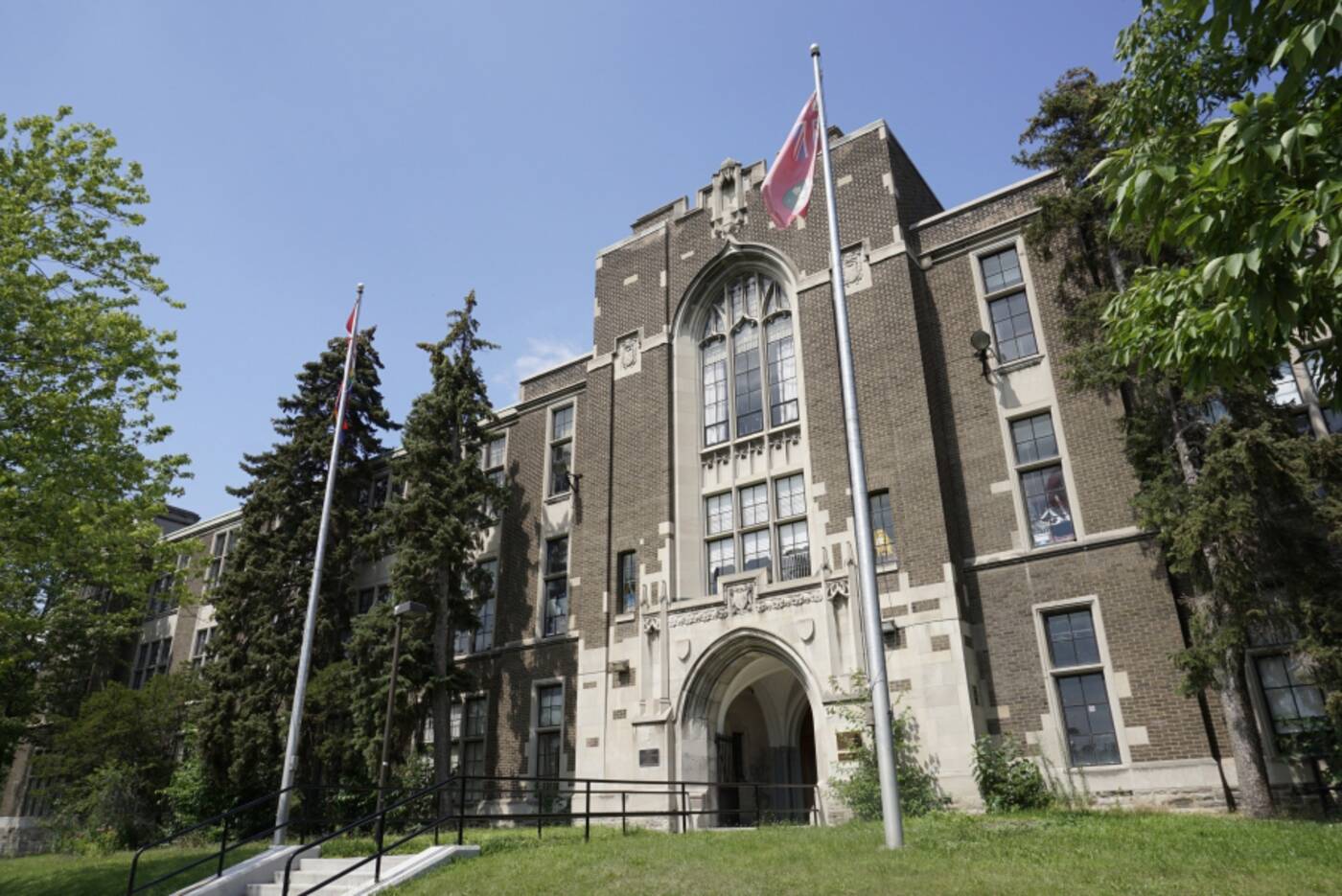 Image via Architectural Conservatory of Ontario.

Per atlasofwonders.com, we also learned this week that a rather tragic scene from the show took place on Meadowvale Road Bridge in Toronto, near Rouge National Urban Park.

I'll stop there at the risk of spoiling anything for those who haven't seen the show, but take pride in knowing that Hollywood North had a hand in making the latest bingeworthy show blow up on Netflix.