If you're a fan of What We Do in the Shadows, then this one is for you because a new set is being built for the show in Toronto right now.

Although it appears to be a church, someone on the show's construction crew told blogTO that it's actually the vampires' home that is currently in the works at 65 Heward Avenue in the Six5 Studios parking lot for everyone's favourite mockumentary comedy horror television series. 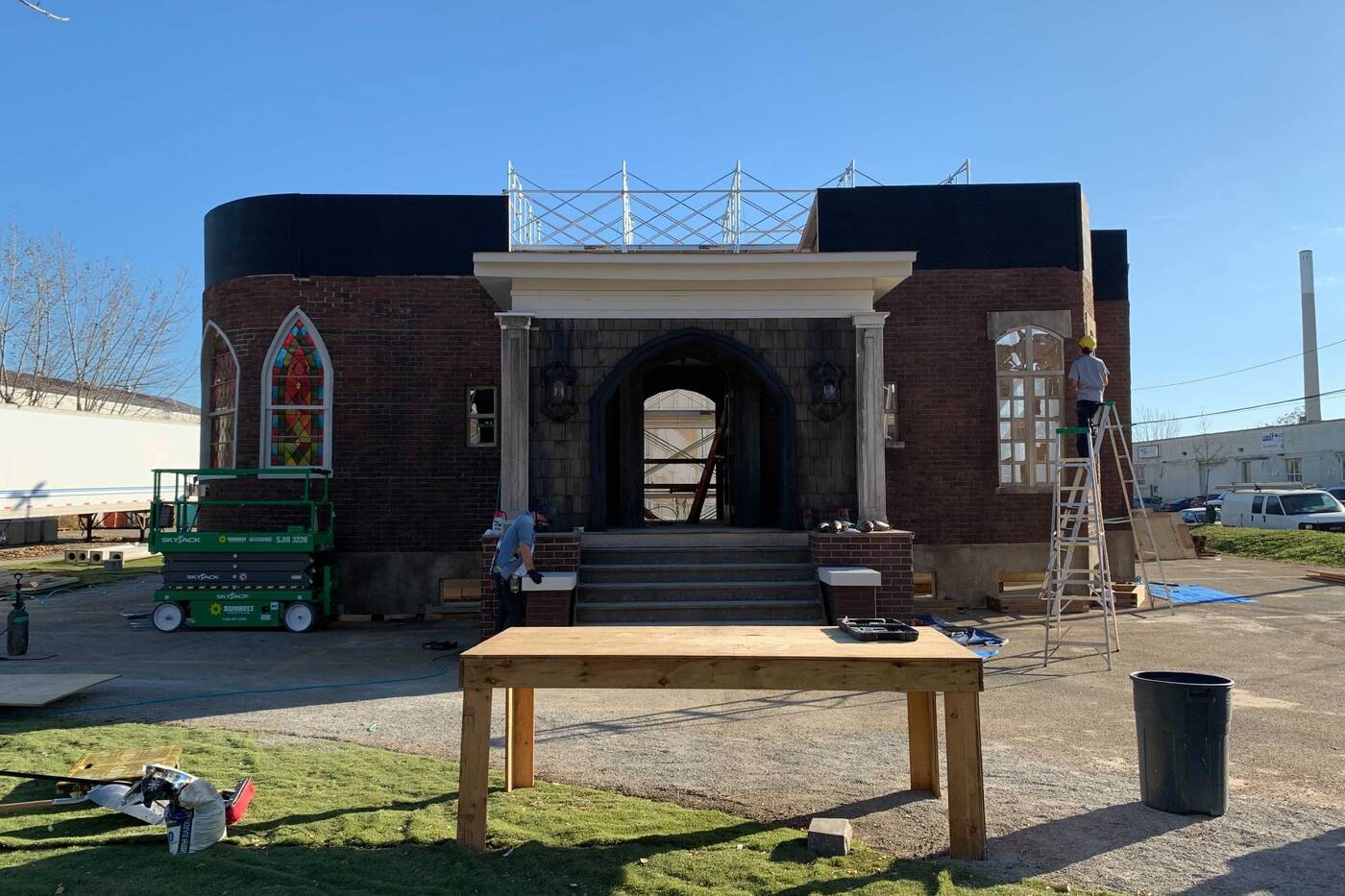 Still a work in progress.

Of course, no details have been released as to what exactly will be filmed here, however as anyone who watches the show probably knows, it is filmed in Toronto despite taking place in New York. 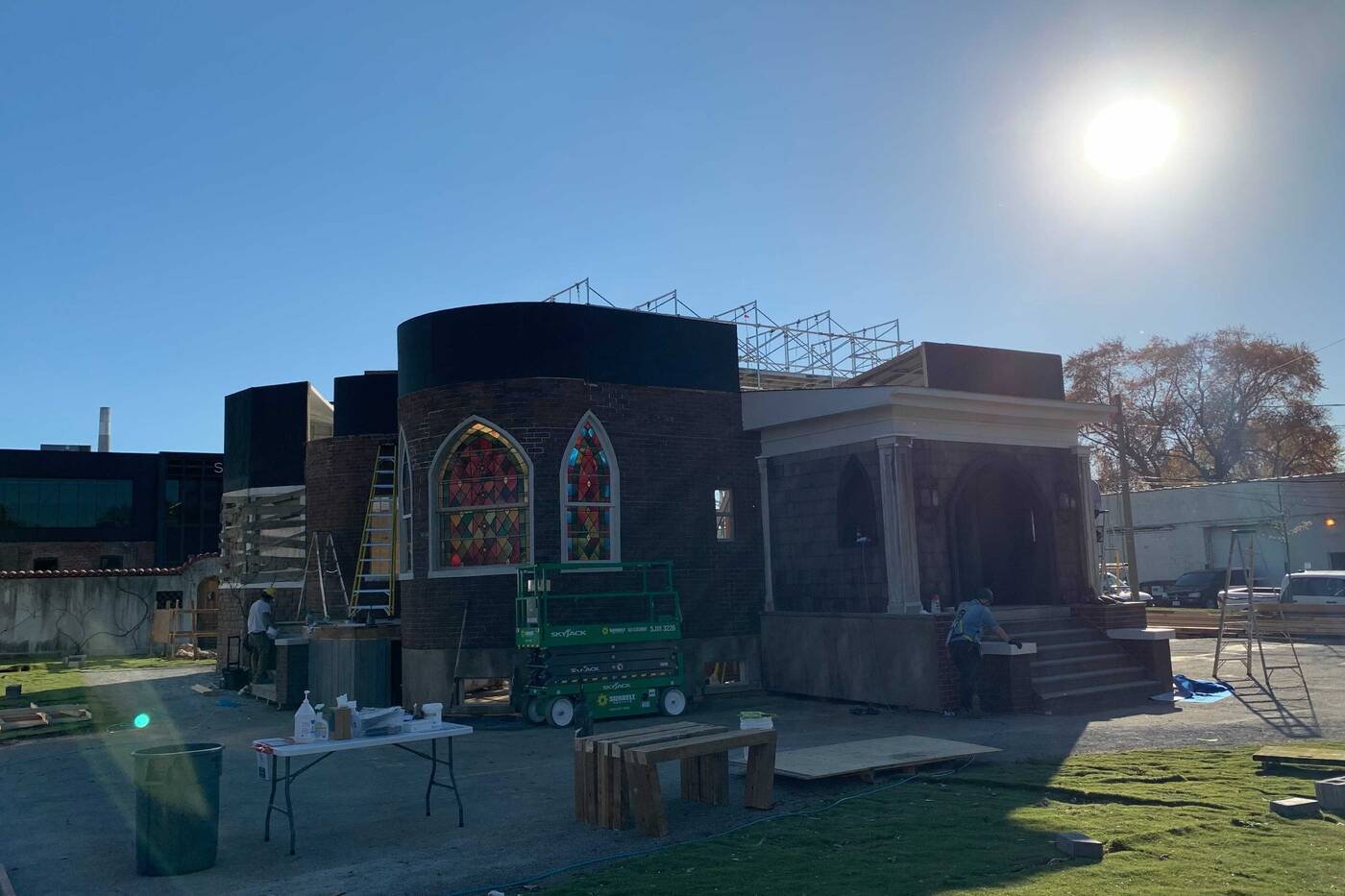 It's coming along though!

For the show's first season, the Cranfield House at 450 Pape Avenue was used for exterior shoots of the vampires' residence. This historical landmark was also the filming location for It, Orphan Black and many other productions.

After the property was sold, filming moved to a set built in the parking lot of the studio, also in Toronto.

I’m watching What We Do in the Shadows and I’m like damn Staten Island looks nice but it turns out it was filmed in Toronto...Makes sense

Written by Jemaine Clement and Taika Waititi, What We Do in the Shadows follows Nandor, Laszlo, Nadja, and Colin, four vampires who are centuries-old and must learn to interact with the modern world and with other supernatural beings.

Just spotted our Corktown condo and some local Leslieville spots in What We Do In The Shadows, always had a witch problem here in East Toronto. @theshadowsfx @AJemaineClement

While filmed in Toronto, the show, which is a spinoff of the 2014 movie of the same name, has seen its four vampire roomates move from Wellington, New Zealand to Staten Island, New York.

The second season premiered in April of this year and in May, it was renewed for a third season, which will most likely include that mysterious church.