If you've always wanted to visit the Rosebud Motel from the hit Canadian TV series Schitt's Creek, you can now (sort of) do so at the CBC headquarters in Toronto.

Bring your favourites, take some photos and show us the results!

Channel your inner Moira, David, Alexis or Johnny Rose under the iconic sign from the multi award-winning show, and snap an Instagram-worthy picture to commemmorate Schitt's Creek's sixth and final season — the first episode of which premieres tonight.

The show, which stars Canadian actors Eugene and Dan Levy alongside Catherine O'Hara and Annie Murphy (all of whom are from or live in Toronto), has gradually gained a massive cult-like following since it debuted in 2015.

It is the first Canadian comedy series to win a Critics' Choice Television Award and to be nominated for an MTV Movie & TV Award.

Filmed in and around Toronto and the Ontario towns Goodwood, Mono, Stouffville and Milton, the show is known for its witty, on-point dialogue and strong, realistic (not to mention hilarious) characters and relationships.

Thousands of fans reacted to the news of the pop-up Rosebud Motel, with social media responses ranging from excitement about being able to visit the sign to sadness over the show's end.

"Since cinnamon buns and vodka aren't included, are tissues? 'Cause there's gonna be a lot of crying done in front of that sign," one user wrote on Twitter. 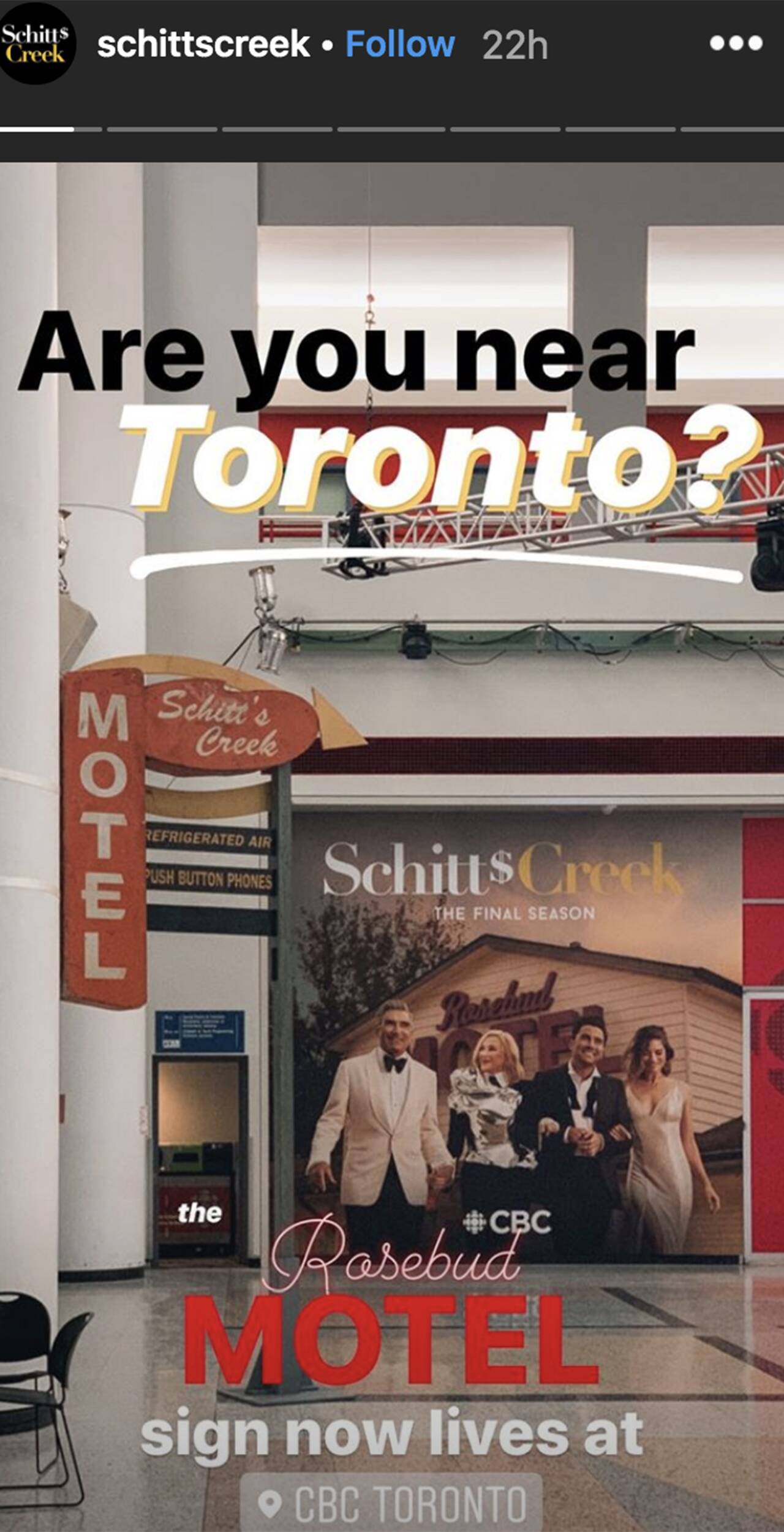 The Schitt's Creek prop will reside at the CBC Broadcast Centre until "at least mid-April," the show's official account said on Twitter.

The 14 episodes of season six will air at 9 p.m. every Tuesday on CBC and Pop, starting tonight.

Netflix viewers will likely have to wait until fall or winter of 2020 to watch the final installments.