Toronto really doesn’t like the rules at TIFF Fan Zones

The strict and confusing rules around TIFF’s Fan Zones are causing a bit of an online uproar again this year.

Fan Zones are the closed-off areas in front of TIFF screening venues dedicated to celeb-sighting. Popular ones include those outside of the Princess of Wales Theatre as well as the nearby Roy Thomson Hall.

Like last year, complaints centre around wait times to get in and rules around what you're allowed to bring into the Fan Zones. 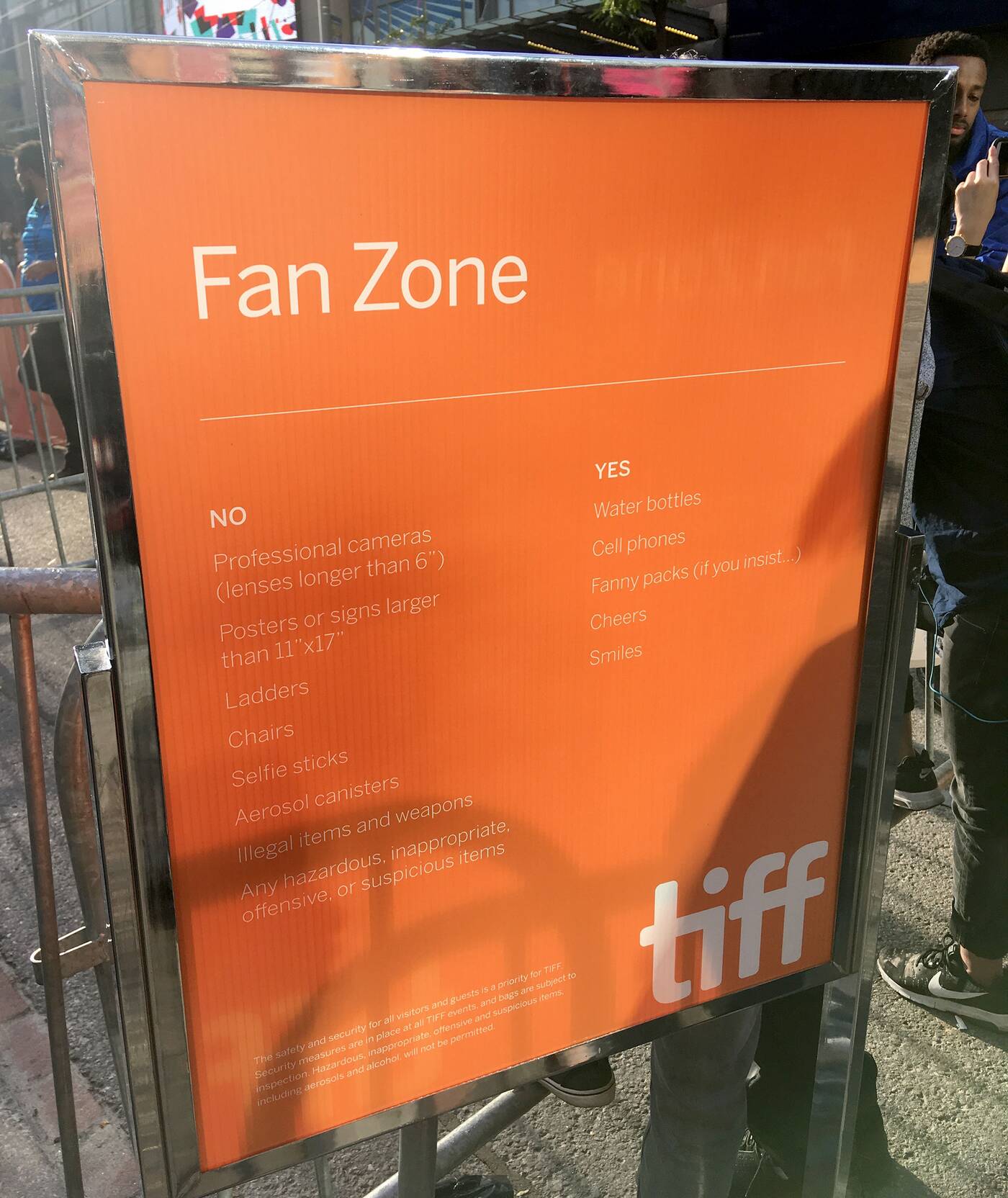 Signs like these are posted outside every Fan Zone. Photo by blogTO.

The rules, which are posted on the TIFF website as well as outside each Fan Zone, prohibit long-lens cameras, selfie sticks, ladders, chairs, large signs and illegal or hazardous items like weapons and aerosol cans.

There also seems to be confusion about weather food is allowed.

@TIFF_NET your "no food" policy at RTH red carpet is really irresponsible and stupid. No one informed us until we got in fan zone...

Some people were told to throw out food despite TIFF’s website and signs saying nothing about bringing it. Others were barred from bringing pictures for celebrities to sign that were deemed too big.

@TIFF_NET I can't get into the fan zone at Roy Thomson Hall as my Lord of the Rings banner is too big. Where else can I go 2 see @andyserkis

Collecting wristbands for access has also been confusing for some who have been caught unaware they need to arrive so early to get them. 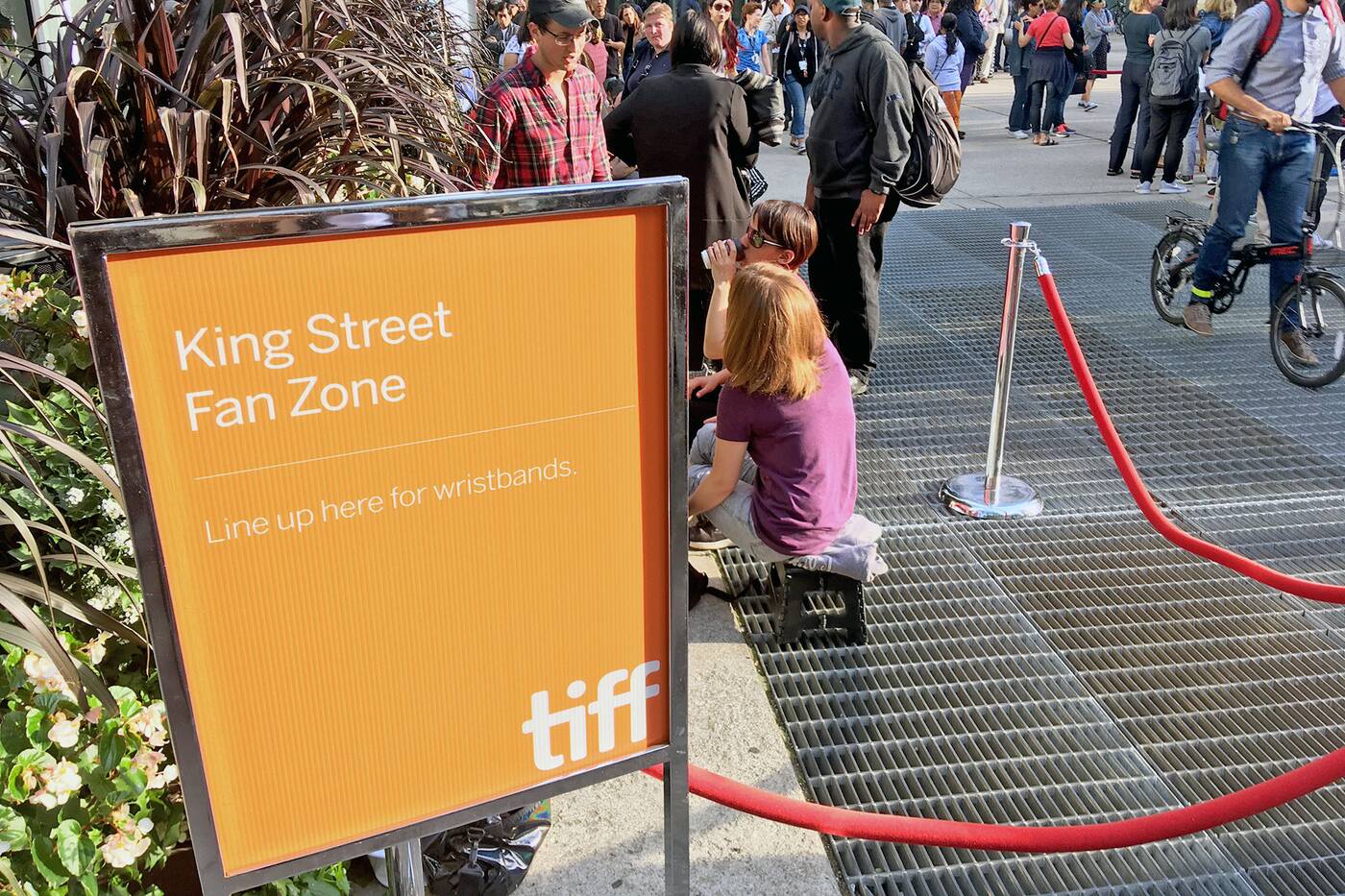 The Fan Zone area near the Princess of Wales Theatre where fans must first line up to receive a wristband.

The wristband process requires fans to line up to get one one after which they need to get in a second line for accessing the Fan Zone.

@TIFF_NET fan zone sucks. I hope you get rid of it next year

Most lineups start several hours before the respective Fan Zone wristbands are distributed.

The placement of the Fan Zones has also made fans feel corralled into a small area to meet celebrities, while also being in the way of movie-goers simply trying to pass through the area.

@TIFF_NET Please get a pedestrian path going for people getting to Lightbox. Fan zone blocking those who just want to get to their movie!

The problematic Fan Zones irritated people last year, and many of the same issues have surfaced again this time around.

After the outrage, TIFF may decide to alter the Fan Zones next year.

This tiff fan zone thing is the most stupid idea ever

However, it may be unlikely as the festival organizers say the zones exist for fan and visitor safety.