There's a public memorial for George Romero in Toronto

George Romero died at the age of 77 on Sunday, July 16 and fans around the world mourning the filmmaker best known for his zombie flicks.

Toronto will honour Romero in the most fitting way of all - a public funeral at one of the city's most spooky cemeteries.

Mount Pleasant Cemetery will host a celebration of life for the man responsible for Night of the Living Dead. The event on Monday, July 24 from 2 to 8 p.m. is open to the public.

Those wishing to pay their respects are encouraged to enter through the east gate entrance off of Mount Pleasant Road and follow the signs to the funeral centre.

"If I were his family I'd hire an actor to crawl out of his casket and bite people. BEST. FUNERAL. EVER! #GeorgeRomero https://t.co/eh1nrAbIdp

Mount Pleasant Cemetery funeral director Daniella says she expects to see big crowds, with some folks in costume, on Monday afternoon and evening. 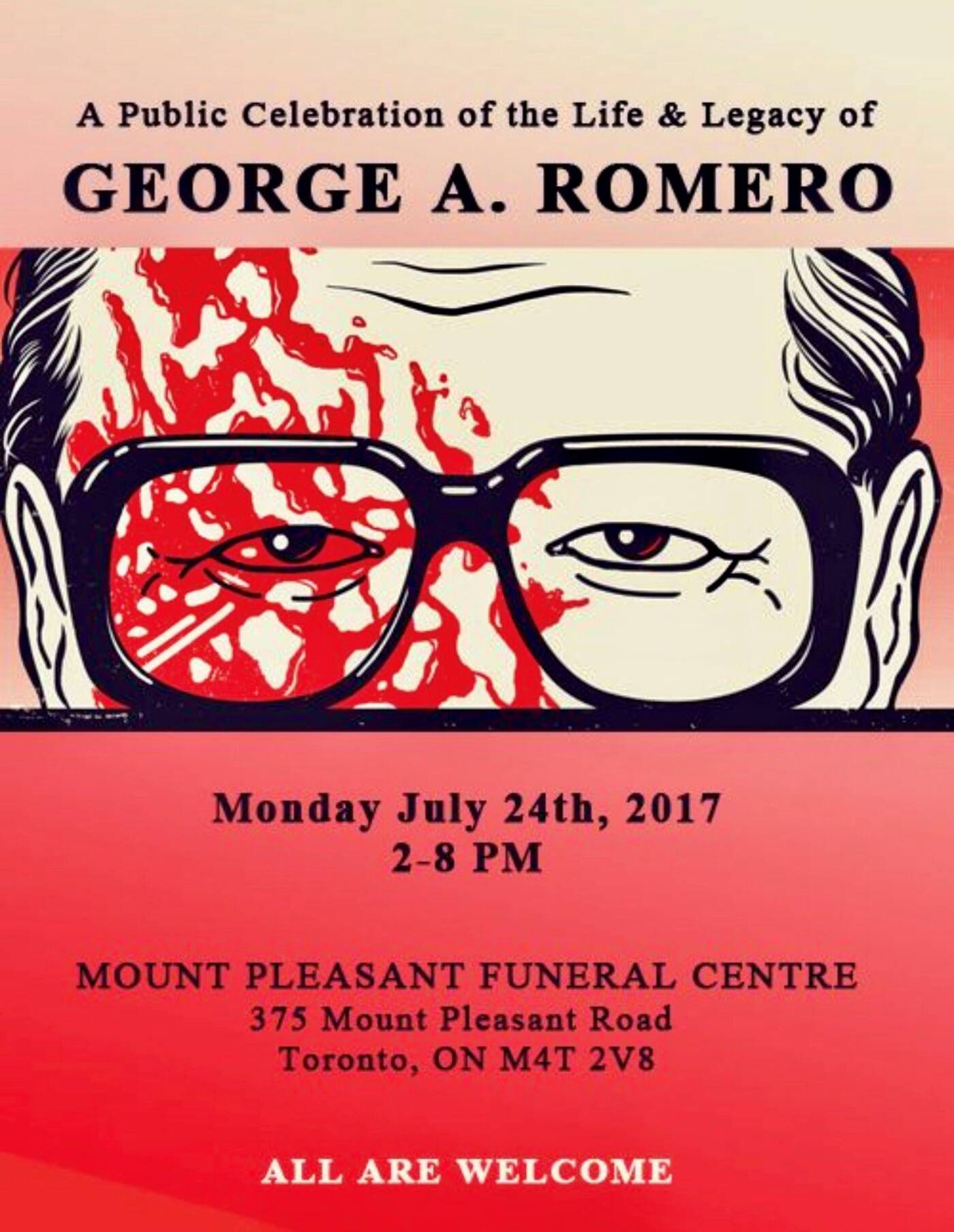 While Romero was born in the United States, he moved to Toronto in 2004 and made a career celebrating the living dead.

I hear George Romero's funeral will be closed casket. Chained shut, really, just in case.
Farewell, and thanks for the zombies!

Folks who can't attend are welcome to sign an online guest book.