The best and worst movies at TIFF 2016 so far

We're about halfway through TIFF, and that means over the course of dozens of screenings some movies have already risen above, and below, the pack. Audiences have started to weigh in on what movies will be remembered as the year's best, and what movies they wish they could get their time back for.

Here are the best and worst movies at TIFF 2016 so far.

Arrival
Denis Villeneuve's latest finds earth hosting a possible alien invasion, and a linguist (Amy Adams) has to learn their language to determine if they come in peace or not.

ARRIVAL just floored me. Hauntingly nerdy, but also emotional & beautiful. Sci-fi fans will flip for this. In my top 5 of the year #tiff16

ARRIVAL: God I love this movie. Thrilling, emotional, ingenious, beautiful. This is what I'm here for. #TIFF16

I walked out of Arrival in a bit of a daze; that's how good it was. It was Interstellar-esque & it's my fave film I've seen so far #TIFF16

Toni Erdmann
An ambitious career woman working in Bucharest finds herself the victim of a surprise visit from her prankster father.

I didn't know what exactly to expect from a highly buzzed about 3 hour long German comedy. But boy did Toni Erdmann deliver. #TIFF16

#ToniErdmann was absolute magic, one of the greatest couple of hours in the cinema I've spent. #TIFF16

TONI ERDMANN: The best movie of the festival and the year. #tiff16

Manchester By the Sea
When Lee's (Casey Affleck) brother, Joe, dies and names him the guardian of his son, Lee has to come to term with his new responsibilities, as well as the past that haunts him as he returns to his hometown.

Deeply, deeply grateful for MANCHESTER BY THE SEA. Hard to start #TIFF16 with the bar set so high.

Manchester by the Sea is so so so good. Casey Affleck deserves the Oscar. Should I give up now and end on a high note?!? #TIFF16

Moonlight
A look at a young black man in Florida, coming to terms with growing up, his sexuality, and the challenging environments he is born into and wants to escape.

MOONLIGHT: jenkins goes for the fleeting touches, feelings, details, and the power they have to create & destroy us. truly stunning. #TIFF16

Window Horses (The Poetic Persian Epiphany of Rosie Ming
A young Canadian poet gets invited to a festival in Iran, and ends up learning not just a lot about the craft she's committed to (her own and Iranian poetry) but about her own history and life as well.

First #TIFF16 film to trigger gentle tears was Ann Marie Fleming's Window Horses. I wanted so much to have a film like this when I was a kid

Weirdos
Versatile Canadian director Bruce McDonald tackles a road movie, with this story about two East Coast teens in the 1970s who hit the pavement along with the help of, yes really, the ghost of Andy Warhol.

Highlight of #TIFF16 so far for me has been the movie #Weirdos by @BruceRMcDonald Sweet, touching, great music & beautifully shot!

Lion
The real story about a young Indian boy who is separated from his family, is adopted by Australian parents, and eventually uses Google Earth to try and find his way back home and to his birth mother.

LION: Touching, gorgeous drama about identity & family. Got me right in the feels. Dev Patel is wonderful! #TIFF16 pic.twitter.com/Pg88ASKLkN

Still thinking about last night's Lion premiere. An extraordinary (true) story of one boy's search for home. You must see it! #TIFF16 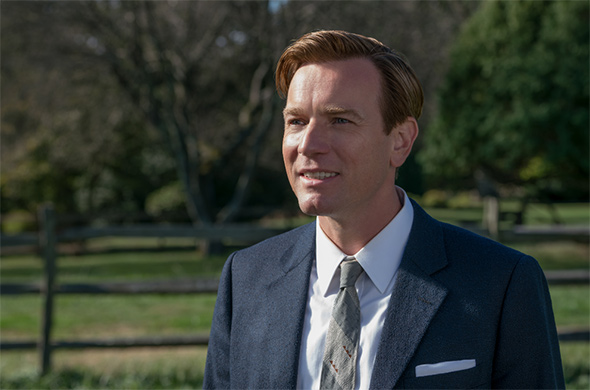 American Pastoral
An adaptation of Philip Roth's Pulitzer Prize-winning novel about an all-American couple in the 1960s whose daughter turns to rebellion which begins to tear the family apart.

AMERICAN PASTORAL is the most tone-deaf movie I've seen in a long time. #TIFF16

Not a good morning at #TIFF16 for me. #AmericanPastoral was not good. Skip it if you can.

American Pastoral: Beautiful direction by Ewan McGregor, but the film loses what little momentum it has well before the halfway mark #TIFF16

(Re)Assignment
A psychiatrist seeks revenge on a man who murdered her brother by turning the killer into a woman - one who then looks to exact her own revenge.

(Re)Assignment: easily the worst of the fest so far. If you're looking for a Walter Hill film, stay far away. #TIFF16

The old Walter Hill of THE DRIVER would have red-penned 90% of the dialogue of (re)ASSIGNMENT and dumped it on a rookie. Disaster. #TIFF16

Interchange
The story of a photographer who witnesses a terrible crime, and gets involved in a case that may involve the supernatural.

INTERCHANGE: Among the most purely inept films I've ever seen, like D-WARS without the funny bits. #TIFF16

#TIFF16: 'Interchange' is a real tedious watch. Plot feels like a Malaysian in-joke. Contrived performances and a terrible CGI were-toucan.

INTERCHANGE: Feels like the guy who made Birdemic somehow got reasonable funding to hire a semi-competent production team. #TIFF16

What have been the best and worst movies you've seen so far at TIFF 2016? Let us know in the comments.