One of the strange things about living in Toronto is that despite the fierce pride the city takes in some of its landmarks, other extremely important buildings tend to get overlooked.

Perhaps it's a 1970s thing. It was a period of rapid expansion in Toronto, but the architectural style of the day has fallen out of favour.

Such is the case with the Cinesphere. While its back in use today, for years it sat as a lonely relic of a different era on the waterfront.

While early talk of its demise as part of redevelopment plans for Ontario Place was quickly silenced, the very thought of demolishing such an icon is ludicrous. 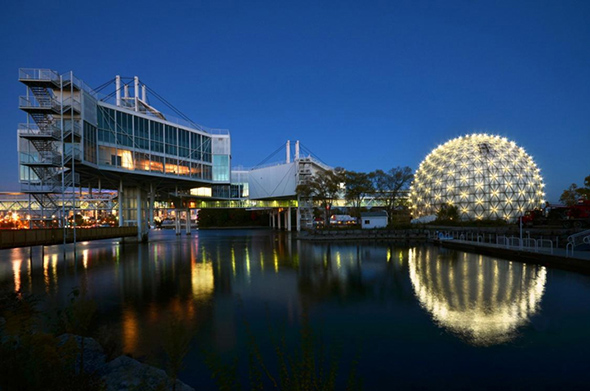 The Cinesphere and Ontario Place grounds at night. Photo via the Ontario Archives.

One of the reasons, I suspect, the Cinesphere doesn't get all the love it so richly deserves is that the theatre is thought of in purely architectural terms.

The glowing golf ball-like structure still catches the eye, but like most futuristic designs of this type (e.g. Montreal's Biosphere), the appeal has an element of kitsch.

The more ambitious a building is, the more easily it falls into this trap as it ages. But the funny thing is, the Cinesphere never stopped being a marvel.

Yes, IMAX eventually became popular across the globe, but to this day there are few theatres that can match the thrill of the purpose-designed dome on Toronto's waterfront (digital IMAX just doesn't cut it). 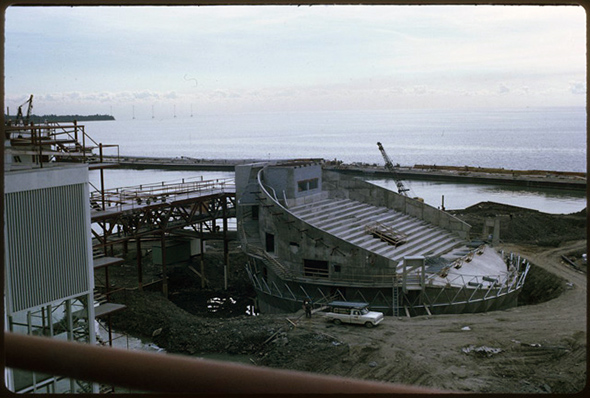 The Cinesphere under construction. Photo via the Toronto Archives.

If more people knew that IMAX was born in Toronto and found its first permanent home at Ontario Place, it also seems likely that our collective esteem of the building would be enhanced. 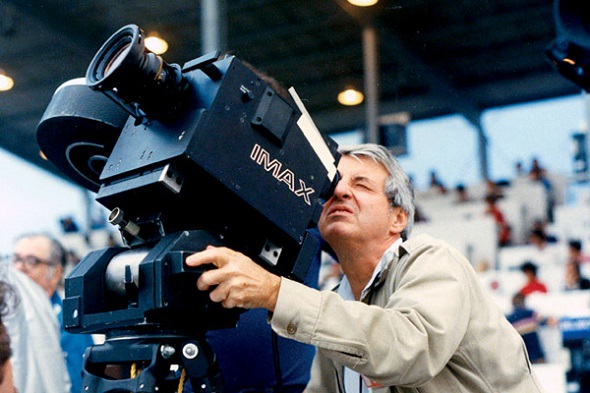 The Cinesphere is less a a historical curiosity than a cinematic legacy in this city, which is one of the reasons why its rebirth in recent years has been so wonderful. 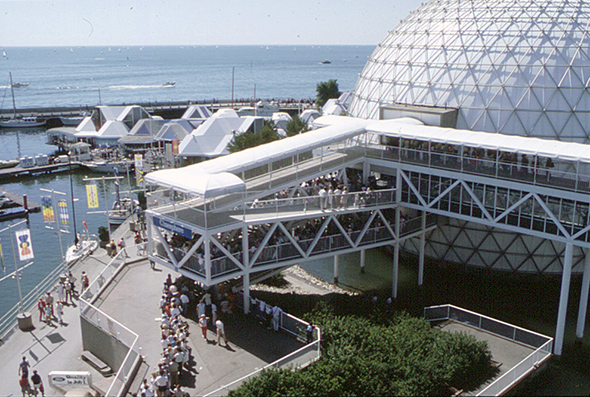 Crowds line up for the opening of the Cinesphere. Photo via the Ontario Archives.

When Ontario Place opened in 1971, initial park attendance sagged. That wasn't the case at the Cinesphere, though. While the rest of the grounds were quiet on opening weekend, there were huge lineups to witness the modern marvel of cinema that was IMAX.

Today IMAX is a global brand and cinematic fixture, and scores of big money films shoot in the format, even if only for the most dramatic scenes. In no small way, the success of the form can be traced to its first permanent projector at Ontario Place.

Let's remember how dazzled we once were at this profound graphic invention that called Toronto home. And let's remember that it still does.

Today, the Cinesphere is still screening movies. Their COVID-19 policies include pod seating plans with a maximum of two people. Face masks are mandatory.