Suspect Video liquidates as it prepares to close for good

After 25 years spent slinging out hard-to-find movies and memorabilia, Suspect Video is getting ready to close its doors for good at the end of 2016. But luckily, it's only the bricks-and-mortar store that's disappearing - Suspect will be sticking around online.

And in order to prepare for this move to the internet, Suspect's holding a massive sale, which started this week.

The discounts will continue to get steeper as we approach the end of the year, but there are currently deals available on rentals and retail items.

Suspect Video is among a number of independent video stores to close within the past year. The original Queen Video (at Queen and Spadina) shut its doors in March and Film Buff left Roncevalles back at the end of 2015. The store is closing due to the impending re-development of Mirvish Village. 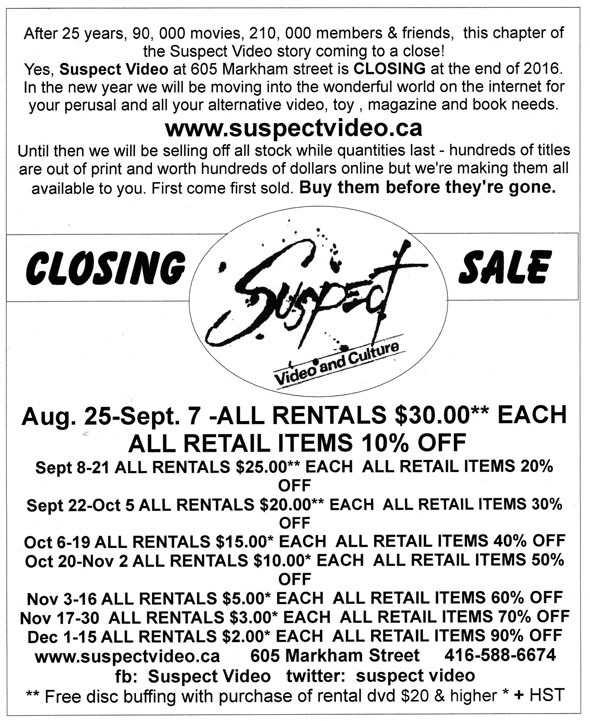 Photo via Dominic Bugatto in the blogTO Flickr pool.