Toronto neighbourhoods used to be dotted with movie theatres. While a few have somehow stood the test of time and others have been repurposed with an eye towards their former lives, many were quietly converted to commercial buildings or demolished between the 1960s and '80s. But, if you know were to look, you can still spot Toronto's cinematic past, hiding in plain sight as it were.

Here are 5 buildings with secret pasts as movies theatres in Toronto.

Coronet Theatre (309 Yonge St.)
Opened as The Savoy in 1951, the theatre was later renamed the Coronet in 1963. The building served as a movie house until the early 1980s. You can still spot part of the marquee all these years later at Barclay Jewelry. Present day view. 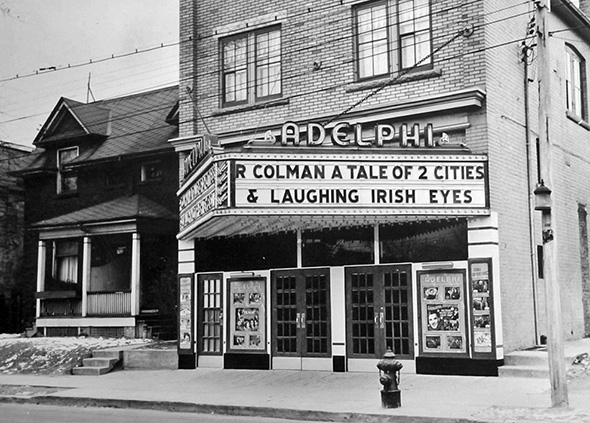 The Adelphi (1008 Dovercourt Rd.)
This is one of the truly hidden ones. Opened in the early 20th century, this theatre served as the Adelphi until the late 1950s. It now operates as a church, though if you compare photos, it's easy to spot its former function. Present day view. 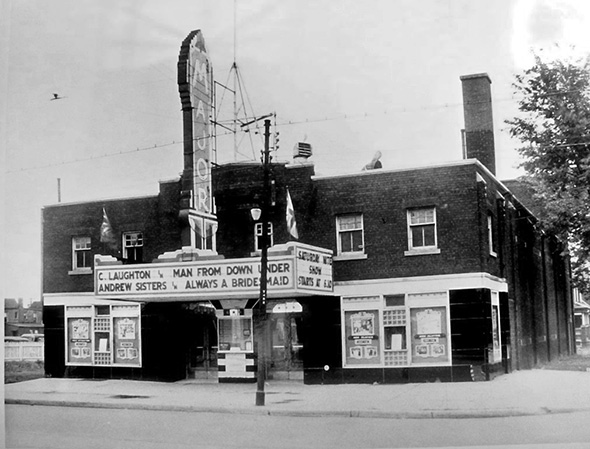 The Major Theatre (1780 St. Clair Ave. West)
The Major Theatre opened near St. Clair and Old Weston. The building served as a theatre into the 1980s before eventually being sold to a religious community for use as a place of worship. It is best know today for its JESUS SAVES sign, which makes use of the old marquee. Present day view. 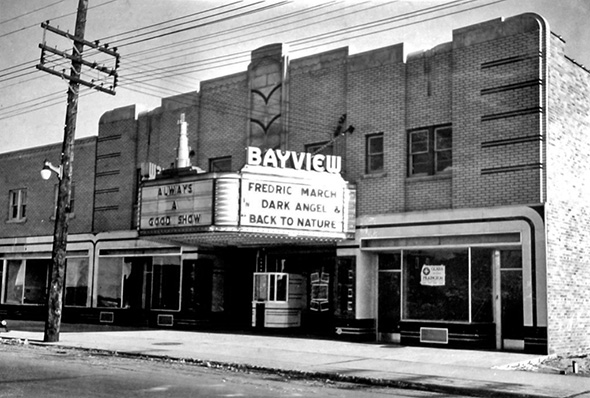 The Bayview Theatre (1605 Bayview Ave.)
Back in the 1990s when this building served as the Bayview Playhouse, it was easy to tell that it used to be a movie theatre. Now the signs only remain in the faux-Deco flourishes that adorn the top of the Shoppers Drugmart facade. Nevertheless, once you know, the lineage is unmistakable. Present day view. 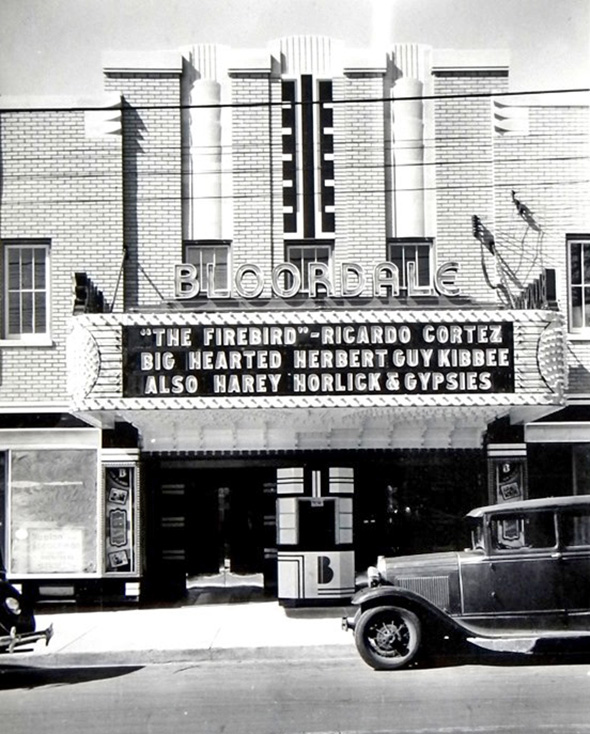 The Bloodale Theatre (1606 Bloor St. West)
This anonymous building near Bloor and Dundas was once a huge cinema (with approximately 700 seats). It opened in the late 1930s and operated as a movie house until 1968, but it's still easy to pick out a few of its old features when walking by. Its current life does, however, seem less interesting. Present day view.