The Force Awakened in Toronto last night as the latest instalment in the Star Wars franchise finally hit theatres.

Thanks to the hype surrounding the movie, it might already feel like we're in a galaxy far, far, away. And, one Instagrammer has upped the ante by dropping Toronto right into the Star Wars universe in a stunning set of photos. 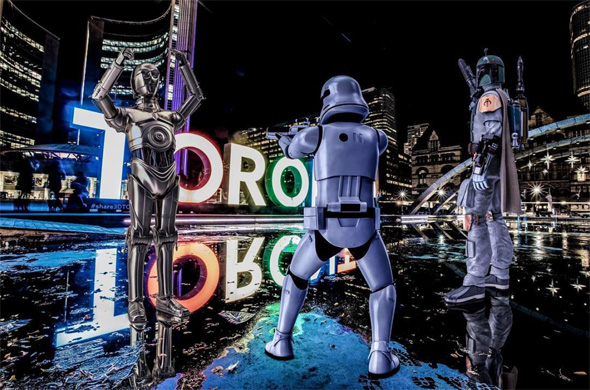 Joel Gale (@eyeshootimages), created a series of pictures that bring iconic Star Wars characters and vehicles into Toronto's distinct landscape. And yes, he did caption one, "Droids in the 6." 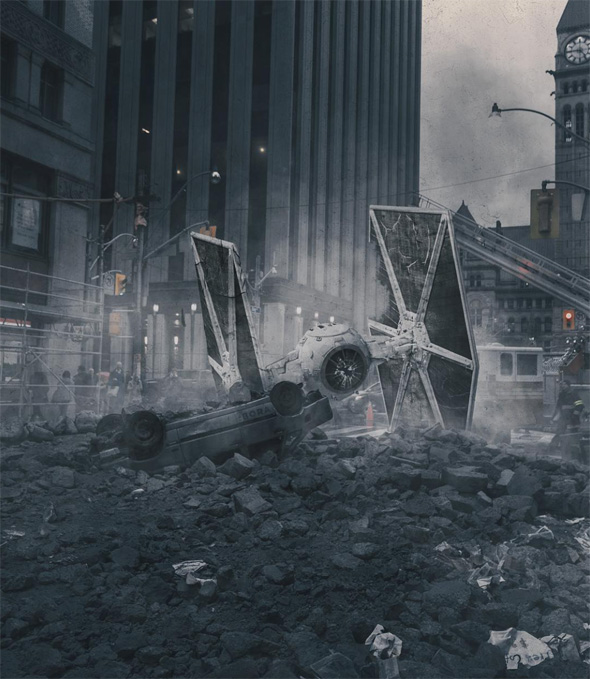 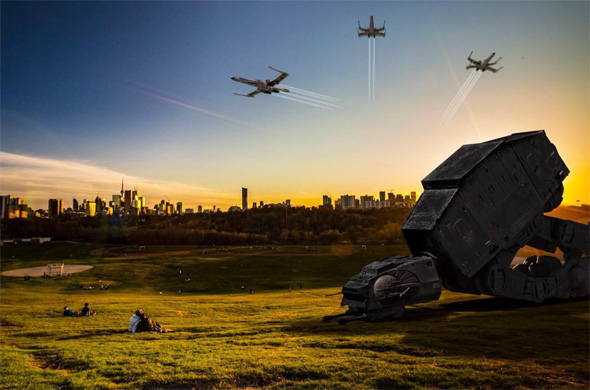 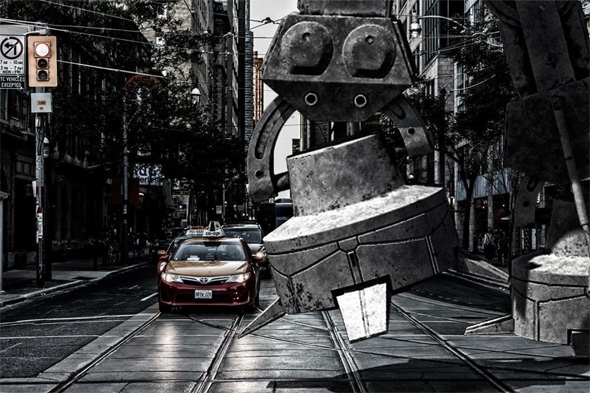 also got into the Star Wars game by placing a TIE Fighter on Bay St. in front of Old City Hall. 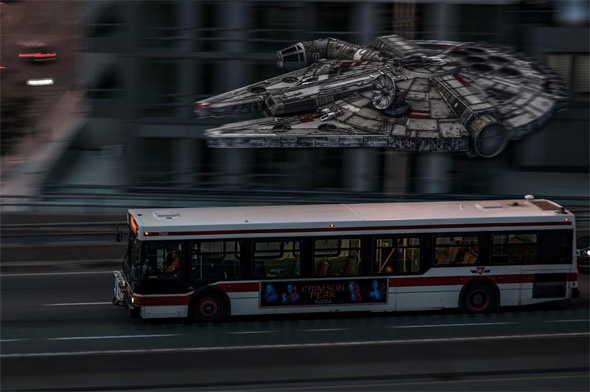 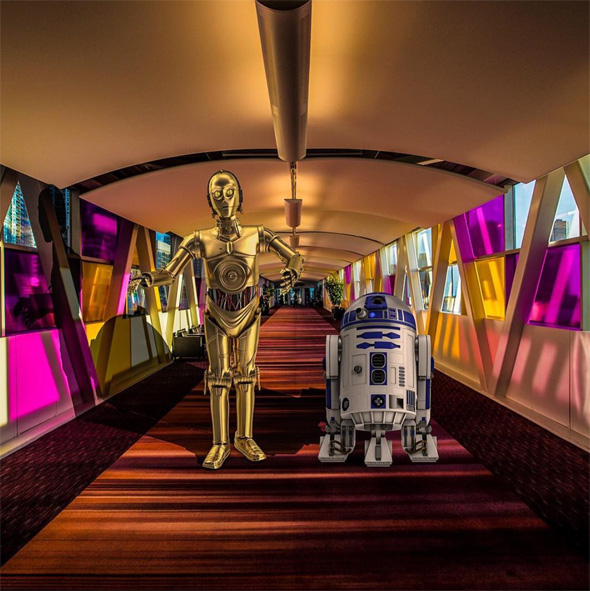