The best and worst movies at TIFF 2015 so far

We're now officially halfway through TIFF, which means it's a good time to take stock of the dozens of movies that have screened over the last five days. What movies have wowed audience? What movies have sent them fleeing from theatres? I gathered together some social media reactions to get a gauge of what's succeeding and bombing at the festival.

Here are the best and worst movies at TIFF 2015 so far.

Brooklyn
In 1950s Brooklyn, a young Irish girl arrives to try and start a new life in the United States, she begins to wrestle with her loyalties to her new home and her old one.

BROOKLYN ****: Fantastic performances across the board and a wonderfully heart-warming tale. One of the best so far #TIFF15

Loved BROOKLYN (the movie). Such a great portrait of the immigrant experience, and tugged hard at the heartstrings for a good hour. #TIFF15

BROOKLYN: lovely period drama with a fantastic performance from Saoirse Ronan. One of my favorites of #TIFF15 so far. 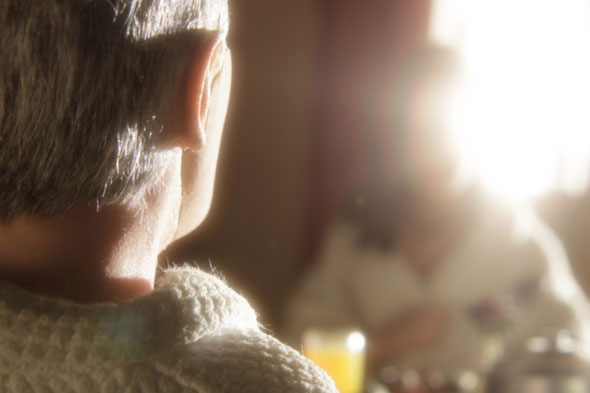 Anomalisa
The latest from Charlie Kaufman (screenwriter of Eternal Sunshine of the Spotless Mind, Adaptation) is a stop-motion animation love story and fairy tale that only Charlie Kaufman could do.

ANOMALISA (Kaufman/Johnson): Movie of the festival so far. Kaufman's tormented soul continues to yield dividends for the rest of us. #TIFF15

I have now seen 14 films at #TIFF15 and can report that, without a doubt, my favourite has been ANOMALISA.

ANOMALISA is my favorite of #TIFF15 so far. A miniaturized version of of C Kaufman's usual grandiose navel-gazing, but still funny, aching. 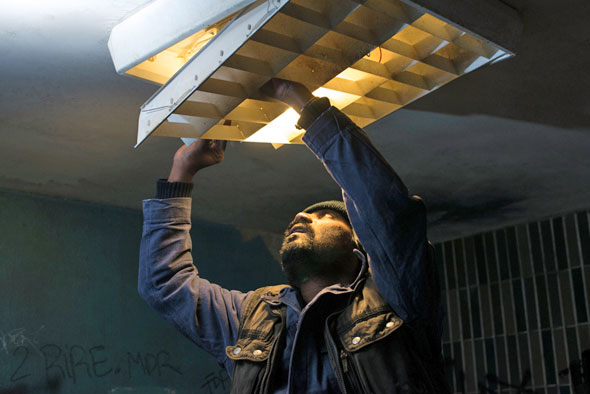 Dheepan
The Palme d'Or winner follows the life of a make-shift refuge family from the Sri Lankan civil war, trying to start a new life in suburban France .

DHEEPAN (B+): Sometimes it takes a war to make a family. Beautiful, emotional and a great way to start #TIFF15

DHEEPAN is dheeply moving! (Seriously, it's an honest and empathetic refugee tale worthy of its acclaim) #TIFF15

Jacques Audiard's DHEEPAN (A-) tackles topical issues of immigration within the context of a slow burn thriller. Beautifully shot. #TIFF15 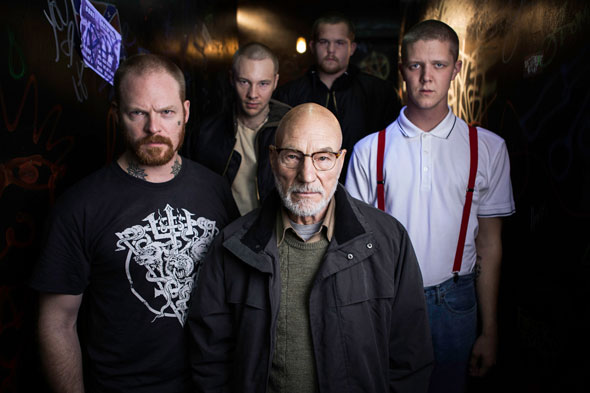 Green Room
Jeremy Saulnier's follow-up to the excellent Blue Ruin, Green Room finds a struggling punk band playing a gig in a rural dive, and get caught in a conflict with some local Neo-Nazis.

So GREEN ROOM is the best Horror film of the decade. #TIFF15

Green Room is superb. Twists the "siege movie" in thoughtful ways just as Blue Ruin did for revenge. Thrilling, horrifying must see. #TIFF15 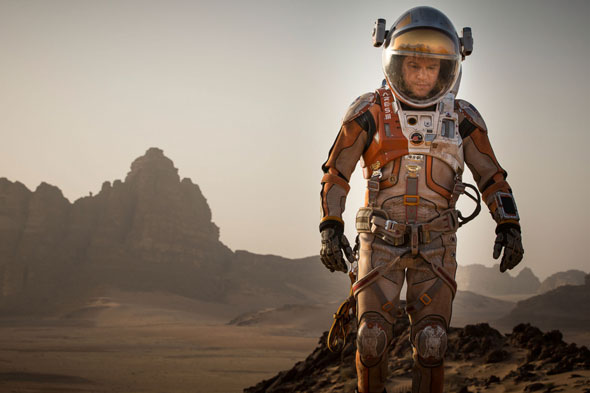 The Martian
Matt Damon plays an astronaut who, during a mission to Mars, gets stuck on the red planet and has to find a way to survive till he can be rescued.

THE MARTIAN is fantastic. Nerdy, clever, beautifully built and cast, tense and thrilling. Plus Jessica Chastain does a lot of space #TIFF15

THE MARTIAN: ridley scott nails it. a sweet, effective space ode to the power of humanity. we conquer all - even mars. lots of fun. #TIFF15

Leave your cynicism at the door. Feel like a kid at the movies again. Go see THE MARTIAN. Four stars. #TIFF15 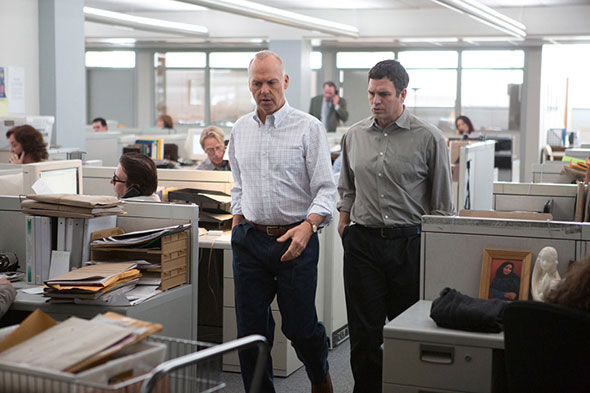 Spotlight
Based on a true story, Spotlight follows the efforts of Boston Globe reporters trying to uncover the massive Catholic church cover-up of priests who abuse young boys.

SPOTLIGHT: This. THIS. The movie I have been waiting for #TIFF15 to deliver. Tense, crackling, meticulous, scandalous, damaging. Essential.

SPOTLIGHT is flawless: A rigorous, humane investigation story that left this lapsed Catholic (and child of newspaper people) teary. #TIFF15 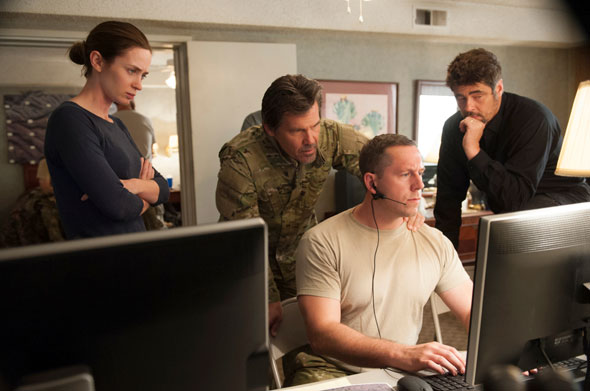 Sicario
The latest from French-Canadian Denis Villeneuve, Sicario takes a deep-dive into the chaotic and violent world of the US vs. Mexico drug war.

SICARIO: the hyperbolic rhetoric is warranted. Found myself consistently moved in watching the erosion of someone's principles. #TIFF15 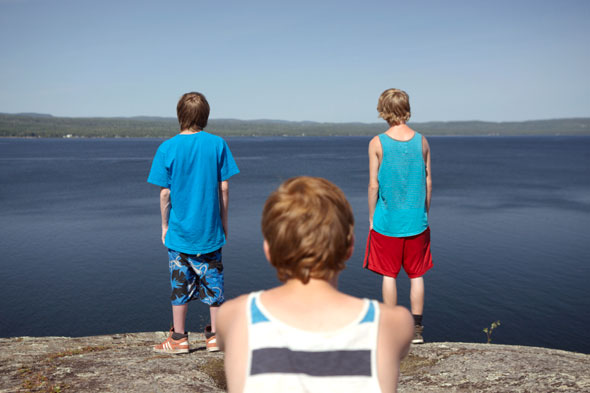 Sleeping Giant: so good it elicited a round of applause from a press & industry audience. #tiff15

My most pleasant surprise of #TIFF15: the great Canadian coming-of-age film Sleeping Giant. 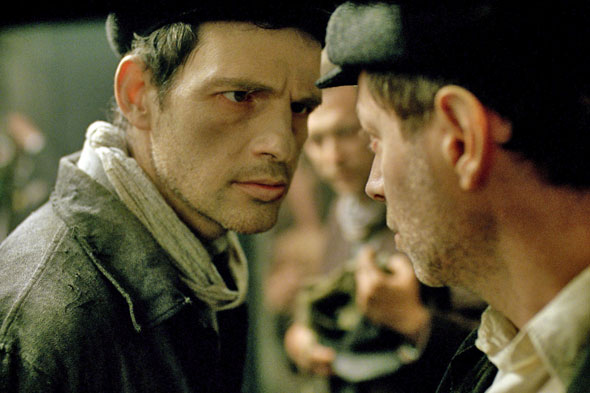 Son of Saul
A Jewish man responsible for guiding prisoners into the gas chambers of Nazi concentration camps, comes across the body of a child he then desperately tries to arrange a proper Jewish burial for.

SON OF SAUL kind of defies twit-reaction, but to keep my #TIFF15 up to date: I saw it, and you should to. 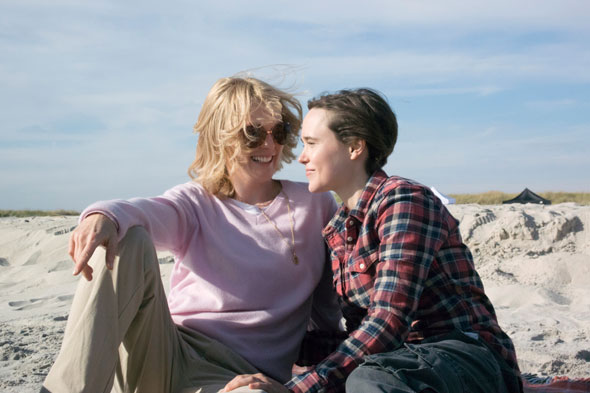 Freeheld
Based on a true story, a New Jersey police officer (Julianne Moore) with a fatal condition seeks to ensure her partner (Ellen Page) will receive her pension when she passes away.

FREEHELD is a Lifetime Movie nightmare, albeit one with a beautiful heart. a worst of the year contender if not for Michael Shannon. #TIFF15

FREEHELD: A pure crowd-pleaser, for better and (too often) for worse. Played like gangbusters at the public screening, #TIFF15 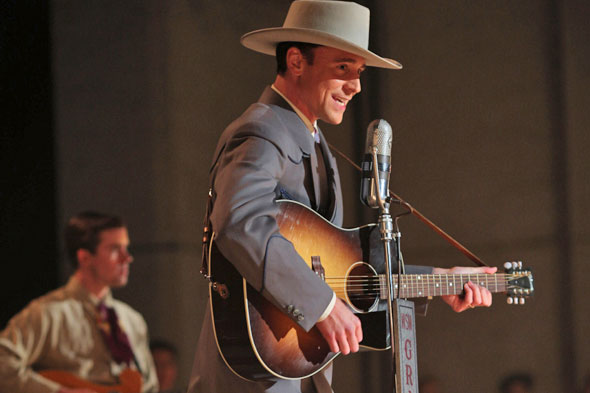 Like many biopics, I SAW THE LIGHT has powerful performances (Hiddleston & Olsen are perfectly paired) but the movie falls flat. #TIFF15

I SAW THE LIGHT is one of the most meandering and poorly crafted music biopics Ive ever seen. #Tiff15

One massive disappointment: I Saw the Light, the Hank Williams biopic starring Tom Hiddleston. Has no POV, stultifyingly linear. #TIFF15 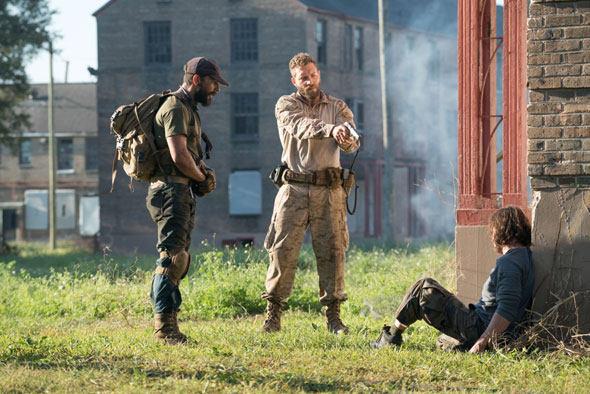 Man Down
Set in a post-apocalypse, Man Down is about two men (Shia LeBeouf and Jai Courtney) trying to survive the doomed world they live in, as well as the struggles with their own psyches.

Man Down: I have no words. That was truly, truly awful. #TIFF15

MAN DOWN: first walkout of the fest for me. one of the most embarrassing films i've ever seen, even by jai courtney standards. #TIFF15

What are your picks for the best and worst movies you've seen at TIFF 2015 so far? Let us know in the comments.

Be sure to follow me on Twitter at @alxhuls for all the latest on TIFF 15, including snap reviews.