The 10 weirdest "Just Say No" videos seen in Toronto

There was a time not long ago when Toronto was most definitely not marijuana friendly. During the nascent era of Nancy Reagan's "Just Say No" crusade, many anti-pot scare films and public service announcements (PSAs) were shot in and around Toronto, and screened locally on TV and in classrooms.

Few things have aged worse than anti-marijuana propaganda. Starting with the Daddy of them all - Reefer Madness, and its portrayal of dribbling, dope smoking lunatics whose on-screen behaviour is closer to that of bath salts abusers than potheads - vintage drug scare films now come across as more hallucinatory than Inherent Vice.

Our city's connection to this hysterical genre started with the stark industrial, Toronto based films of F.R. "Budge" Crawley, who produced the first known corpse-ridden, blood-soaked Driver's Ed movie Safety or Slaughter in 1958, ushering in an age of visual shock treatment where lessons were primarily taught with ghoulish imagery drowning in hectoring narration.

By the time "Just Say No" permeated '80s culture, local producers and organizations like the Concerned Children's Advertisers, the Canadian Association of Chiefs of Police and even the Rotary Club were producing shot-on-video substance abuse scare films and PSAs. 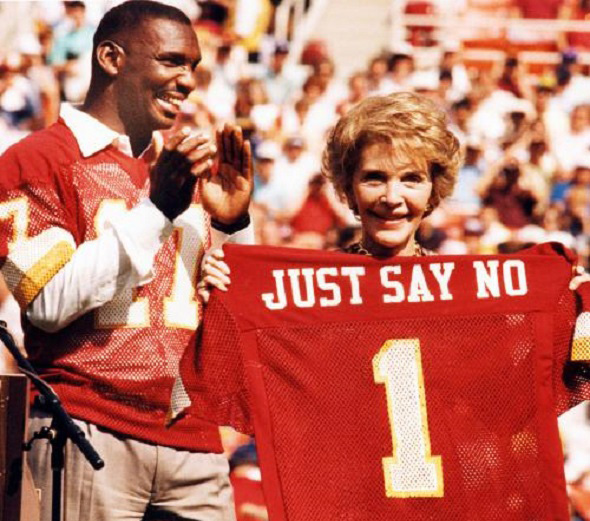 Anyone who grew up during this time probably remembers these spots popping up during afterschool cartoons or during health class when a TV and VCR were wheeled in to freak out potential drug users, warning that one toke would lead to full blown heroin addiction, followed by swift but grisly death.

Here's my choice of the 10 weirdest "Just Say No" videos shot or aired in Toronto:

Mr. Finley's Pharmacy (1987)
Aimed squarely at the junior school set, this bizarre short features mildly spooky puppets made by renowned puppeteer Noreen Young, famous for her amazing work on TVOntario shows such as Read-A-Long, Today's Special, We Live Next Door and Téléfrançais.

Choose (1989)
Starring a pre-Beverly Hills 90210 Kathleen Robertson, Choose illustrates the dangers of marijuana, alcohol and tobacco by having a pair of teens transported into the innards of pizza parlour video game where their green screened host (imaginatively monikered "The Game") walks them through important life decisions.

Hip Choice (1993)
Scary puppets again, down a dark alley and looking to score from a truly terrifying dealer with scorched eyes. Produced by the Concerned Children's Advertisers in their salad days, before childhood obesity and mixed media messages became the primary target of their ire.

Say No to Drugs! (1988)
No-nonsense, in with a razor blade PSA voiced by the one and only "The Voice" aka Mark Dailey. Anchored by eerie music and the age old "don't even try it once, you will die" meme which thankfully had mostly subsided by the end of the decade.

One Dumb Move (1985)
Hailing from across the lake in New York State, this stone cold crush relic features "Professor of the Rap" Gary Byrd warning of the triple headed evils of dope, smokes and booze, and could be seen on many of the Buffalo TV stations received in Toronto. Also released on 7" flexi disc.

Stay Real (1983)
Atypical, pensive and serene look at pot and hashish which implies a shameful existence for users. Nice visual metaphor, though.

Drug Dialogue (1989)
This prime-time CTV special hosted by Sandie Rinaldo was meant as a primer for parents on how to talk to their kids about drugs, accompanied by a Casio keyboard gone berserk and some real amateur league performances (although Sandie comes across as her usual Teflon self).

Say Nope to Dope (and think before you drink) (1988)
Created by the War Amps of Canada (who also brought us Astar and Play Safe), this strange mix of skiing, sloganeering and rap is capped off by the completely random appearance of yet another anti-drug puppet.

Dale Hawerchuk - Team Against Drugs (1988)
Winnipeg Jets legend Dale Hawerchuk informs us via a long cord phone that he gets high from playing Hockey. Made by the Royal Canadian Mounted Police, which is possibly the weirdest thing about this totally non-sequitur PSA.

Right to Say No (1987)
Produced by the Rotary club, this classic PSA hits a lot of high '80s notes: skateboards, short-longs and Joey Jeremiah hats.

While obviously these were all well intentioned - drugs are bad and they can make a dog's breakfast of your life - the style and tone of these shorts make you wonder how many narcotics were consulted during the making of them.

Did I forget any? Please post your favourite weird "Just Say No" video or commercial in the comments below. 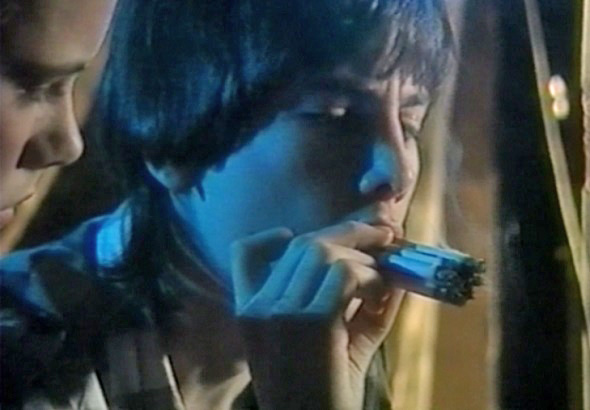