Last week it was a plane on Yonge and now it's a helicopter on Bay -- the Suicide Squad production just keeps staging massive crashes in Toronto. It wasn't ever in doubt, but the early indications are that this movie is going to be one hell of a blow-up-blockbuster.

The crew painstakingly set up the carnage in the heart of the Financial District yesterday, where Toronto's bank towers sub-in for Midway City. We might not know much about the plot of the film, but it's certain that pilots don't fare too well. Ditto for bus drivers. Have a look at the latest pics from the making of Suicide Squad in Toronto. 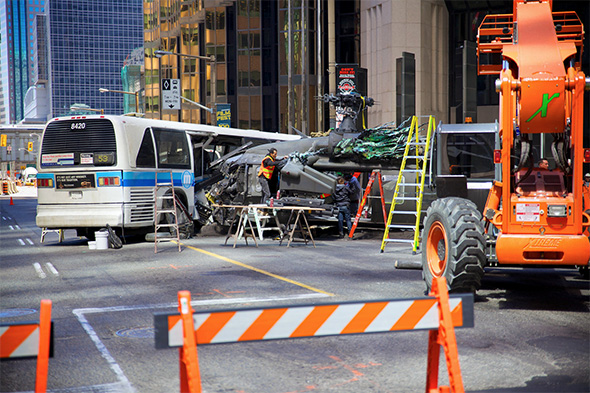 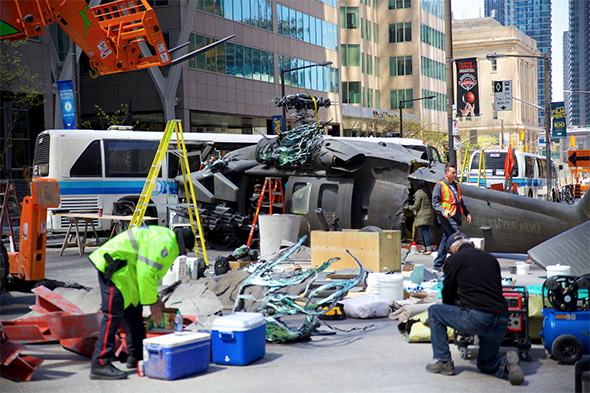 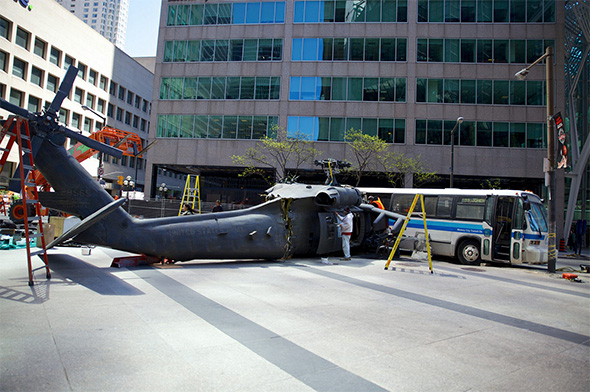 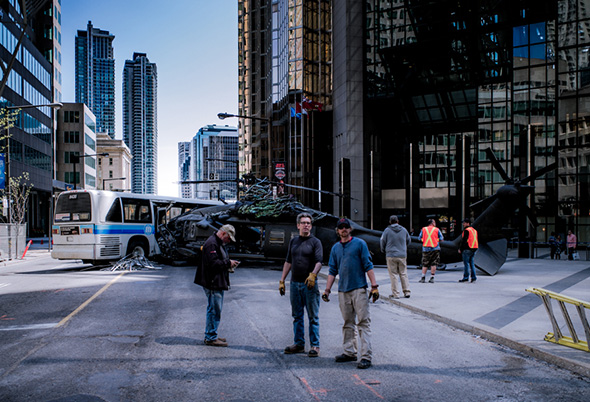