The 10 greatest Degrassi Junior High episodes of all time

It's likely that Degrassi is the best known Toronto street in the world: From London to Sydney, Los Angeles to Paris, Halifax to Johannesburg, the serene passage is loved and still madly obsessed over all thanks to a low-key, acid-wash jean wearing, acne-scarred tween drama. 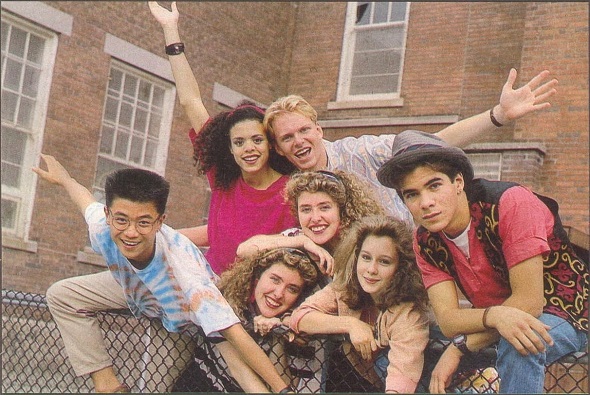 Some of the main actors in Degrassi Junior High.

Most viewers' first exposure to it came in the form of classroom screenings - as it had with the series antecedent The Kids of Degrassi Street, a slept on masterpiece of early 80s Hogtown lore.

Primarily shown across North America in classrooms on beaten up, pinking 16mm films, Kids was as much loved by lazy teachers as it was bored students, and blazed a curriculum friendly edu-tainment trail which Junior High successfully followed. 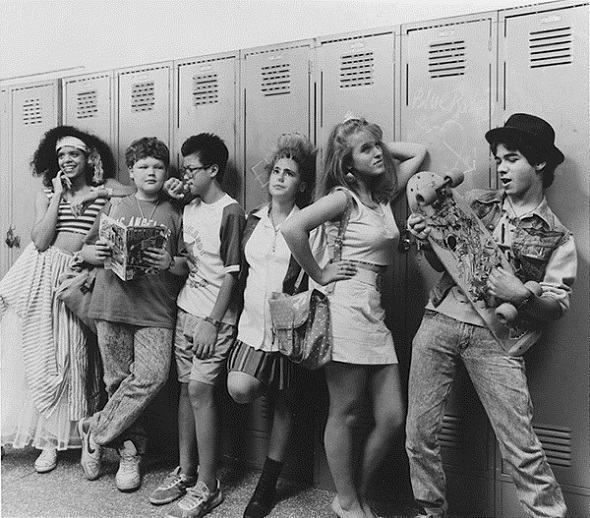 The kids of Degrassi Junior High.

Health class was always more sprightly when you got to watch a fuzzy VHS of Joey Jeremiah buying a Jimmy hat at the Shopper Drug Mart at Queen & Carlaw, or recoil in horror at a lecherous substitute teacher's Christmas hands all over poor Lucy.

While the CBC carried the show in first run, it was never a ratings bonanza and only attained mass cultdom once syndicated worldwide by WGBH, the nerve centre of America's PBS network.

Like any bona fide cultural touchstone, Degrassi remains welded to our psyche, inspiring everything from fan fiction about the real life death of Wheels actor Neil Hope to Reggae covers of Zit Remedy's opus "Everybody Wants Something".

By far one of the most useful fan services is the Degrassi Panthers Project, a website dedicated to mapping out the shoot locations of all three seasons of the Canadian TV series. 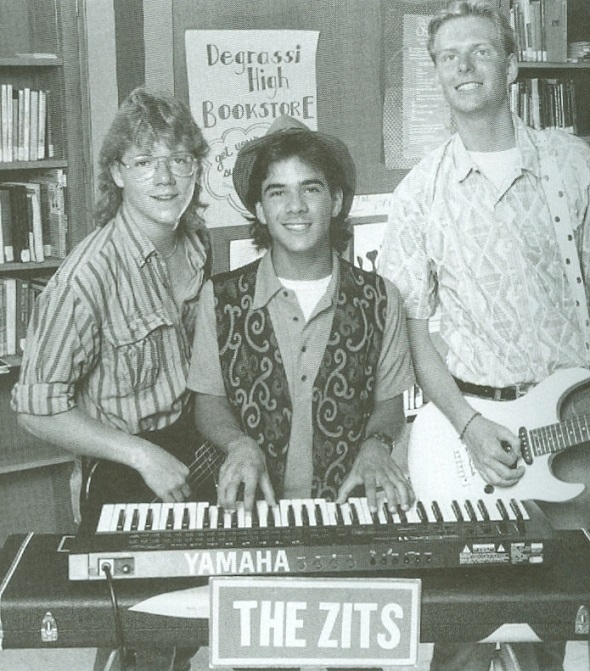 The Zits of Degrassi Junior High.

Spearheaded by Brian Donnelly, Degrassi Panthers unravels the geographically challenged mysteries of Degrassi filming locations, sometimes sleuthing off only an errant streetcar lurking in the background of a heated dramatic sequence.

Who better to ask for an opinion on the 10 best episodes the series ever produced?

"They burned down the damn school. In a bold move to keep the cast together, they decided to write the burning down of the school, forcing all students to be relocated to Degrassi High. New series, same characters. Convenient fire."

"Melanie has body issues. The episode revolves around the swim team, and the school pool....a pool which is never in another episode or spoken of again....like Rick, who he disappears after Season 2."

"Lucy shoots a feminist horror film in the school on the weekend. For some reason the episode has always resonated with me, maybe the need to make art. It's the episode that defines the direction of Lucy's character."

"This episode goes all over the place location wise, actually the most locations in one episode, and at extreme distances from each other. A lot of fun to research and re shoot....Plus joyriding with the Zit Remedy, what else do you want in an episode?"

"Joey finds out Rick has an abusive father. I just really like it because its the episode that sparked the idea for my project. Also I spent almost a year scouring maps before I found Joey's house."

"This is the heaviest pair of episodes, Wheels' adoptive parents are killed by a drunk driver. Sets the tone for Wheels as a character moving forward. It was also a big piece for me to locate, a gravesite? Come on! Still nailed it though."

"Dwayne has HIV. This is probably the biggest, craziest piece of Degrassi High. Not only do we have to sit through a bunch of homophobic nonsense from characters, but Dwayne actually contracts HIV, in a hetero relationship. This is a barrier busting bonkers piece of TV."

For most people Degrassi Junior High remains the definitive "Degrassi", a legit Toronto institution that still reps the city many decades later.