Before you see the four trillion dollar remake that opens this coming Wednesday, and before you revisit the original Verhoeven film at the Lightbox next March, there's a third RoboCop you might want to take a look at. Screening as part of The Royal's 'Late Night Fridays' series, Our RoboCop Remake is a crowd-sourced film project assembled by a group of over 50 filmmakers from Los Angeles and New York, who split the original RoboCop up into individual pieces and have remade the movie themselves. It's essentially the cinematic equivalent of Occupy Conan.

360 Screenings presents: LOVE (February 7 at 7PM & February 8 at 2PM OR 7PM; Location: TBA)
The 360 Screenings series makes a return just in time for Valentine's Day. These events are "a fusion of live theatre and cinema, offering audiences the chance to become part of a movie rather than just watch it." As with previous 360 Screenings, "the scene is set in a historic venue and the location is kept secret until 24 hours in advance. Guests are immersed in the sights and sounds of the evening's film as soon as they arrive on site, with actors creating interactive, live theatre installations. Those with a keen eye may soon guess the identity of the film. Food, wine and beer are available throughout the evening at a cash bar." 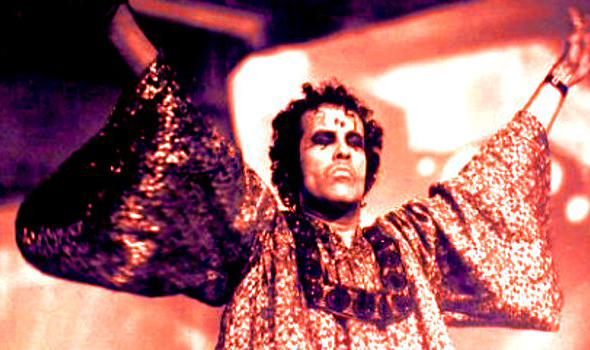 After a successful eight-year run, the Montreal International Black Film Festival expanded to Toronto last year to equally great acclaim. Now, the Toronto Black Film Festival returns for its sophomore year with a knockout lineup of features and shorts, both documentary and fiction. Among many highlights is the Toronto premiere of Mahamat-Saleh Haroun's new film Grisgris (Thursday, February 13 at 7PM; Carlton Cinema), which had its explosive premiere in the Competition slate at Cannes last May. For the full line-up and schedule of films, check here.

The Oscars are less than a month away, and the TIFF Bell Lightbox is once again screening all of the short film nominees so Toronto audiences can make the most informed predictions for their Oscar pools. The predominantly European collection of films (all of the Live Action shorts are from the other side of the Atlantic) offers our first look at some of the possible auteurs of 10 years from now.

Lead still from Our RoboCop Remake.