This Week in Film: John Greyson, Winter Kept Us Warm, I Am Divine, Cronenberg and Mortensen

Last August, Canadian filmmaker John Greyson and physician Tarek Loubani were detained in Cairo prison, without charges, where they would remain for 50 days before being released and allowed to return to Canada. Greyson has been a social and political activist throughout his career, notoriously withdrawing a short film of his from TIFF 2009 as a protest against the festival's inaugural City to City program, which spotlighted Tel Aviv that year - a decision he thought was dealt with uncritically and insensitively. This very special entry in TIFF's "In Conversation With..." series brings Greyson and Cameron Bailey on stage for what promises to be an engrossing and provocative discussion. 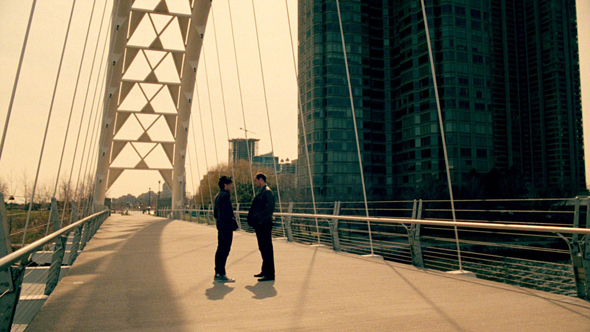 LIFT, or the Liaison of Independent Filmmakers of Toronto, here present a special screening of films made by LIFT members over the last year. "LIFT supports a diversity of filmmakers and filmmaking genres and the programme reflects this--from documentary to dramatic narrative to music video and experimental film. The films were made using LIFT's equipment, ranging from Super 8mm and 16mm to 35mm and High-Definition Video."

David Secter's heavily homoerotic coming of age film was the first Canadian English-language film screened at Cannes. Set on the University of Toronto campus, the film centres around Peter, "an enthusiastic if shy new student, and his relationship with the seemingly more sophisticated and popular Doug, who helps initiate him into campus life. Their passionate new friendship develops over the course of the school year."

Reportedly based on of Secter's own experience of falling for a fellow student in university, Winter Kept Us Warm is one of Canada's earliest gay films; featuring a great, jazzy soundtrack by Paul Hoffert, the film is as tender and sprightly as it is subversive. It will be screened from a 16mm print at this event; $5-10 donations accepted at the doors.

Harris Glenn Milstead, better known as camp icon Divine, was deemed by tabloids to be "the filthiest person alive," and held an unshakable presence in camp, queer, abjection, and John Waters studies for the better part of four decades now. On the occasion of the 25-year anniversary of his death, director Jeffrey Schwarz compiled masses of rare footage of Divine, and integrated new interviews with his co-performers, directors, and friends, offering up a definitive biographical portrait of this eccentric and important cultural figure. 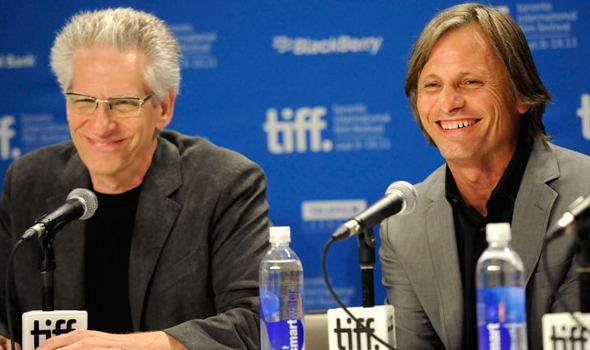 We're now in the home stretch of TIFF's bloated and invaluable David Cronenberg retrospective, with only a handful of screenings remaining over the next week and a half. To cap it all of, TIFF programmer saved one of their best special events for last: an on stage discussion between Cronenberg and the star of three of his recent pictures, Viggo Mortensen (A History of Violence, Eastern Promises, A Dangerous Method). Tickets are going fast (you may have to rush at this point), so be sure to secure your seat for this rare, sure-to-be-revealing evening.

Screening in From Within: The Films of David Cronenberg: