Toronto is a hotbed for film and television - not only are blockbusters made in this city (think: Kick-Ass or Pacific Rim), but they are also made about Toronto (Scott Pilgrim versus the World is an easy one). And although Canadian-focused films usually have a harder time breaking into Hollywood-esque fame, a new, high-action flick is being developed in (and about) Toronto that might just buck that trend.

Did you know that Toronto had two major pop and rock festivals in the summer of '69, both of them scoring major crowds and one of them contributing to the breakup of the Beatles? We've written about these events previously, but here's the recap: a young upstart named Johnny Brower wrangled his buddy Kenny Walker and the two Eaton brothers, George and Thor, into organizing the largest pop and rock festivals to hit Toronto in the summer of '69. 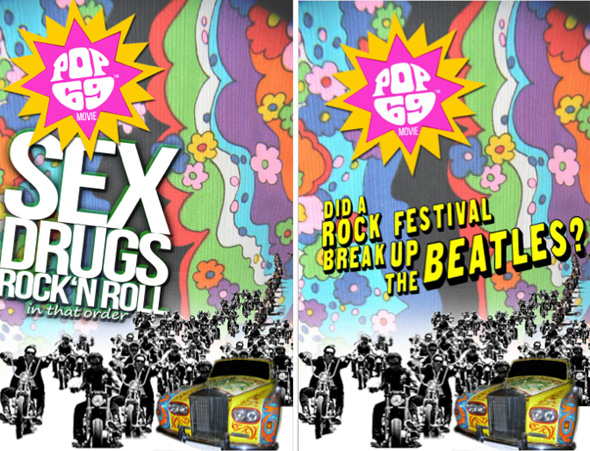 First Brower threw the Toronto Pop Festival '69 on June 21st and 22nd at the Varsity Stadium, with headliners such as Alice Cooper, The Band, The Velvet Underground, and Chuck Barry, just to name a few. (Advance tickets were $6/day or $10 for the weekend, if you can believe it).

But after a few months, it was time to go big or go home, and they put together a Rock and Roll Revival Festival for September that included the infamous Alice Cooper chicken incident, and the first appearance of the Plastic Ono Band - John Lennon's first time playing without the Beatles, and arguably the event that initiated the breakup of the band. 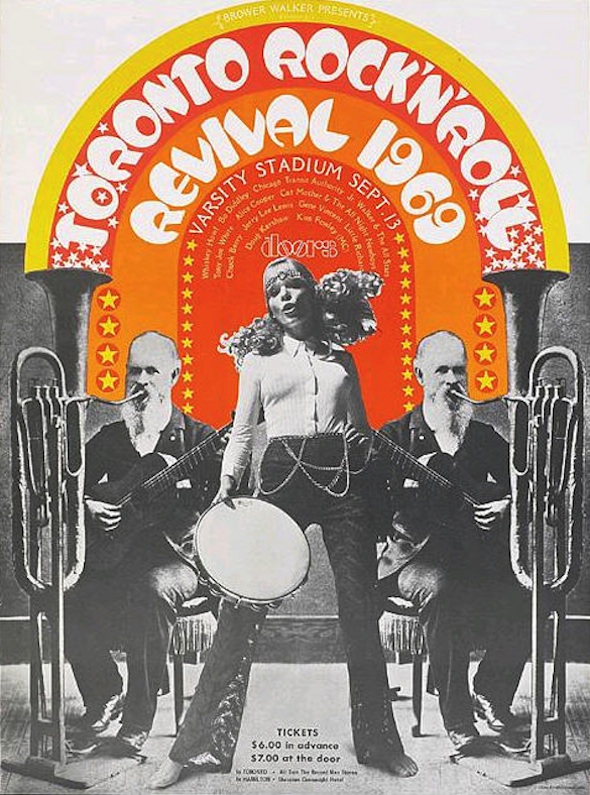 The making of these two festivals didn't come without a lot of last-minute fires to put out - John Lennon almost didn't get on the plane, and Brower (22 years old at the time) talked Eric Clapton into getting him on it - but what would a film of these adventures look like?

"We want it to be a dramedy, with the same feel as Almost Famous or Blow," says Brower. Over five years in the making and with a handcrafted script developed by Brower himself (and he's a good storyteller, mind you), it's already got some fairly keen interest from investors. Looking to splice original video from the festivals and time period into the Hollywood-grade film Ă la Milk, Brower's got a vision for it that's hard to stop. "It's a movie about young people in their twenties, for young people in their twenties," he says.

While the producer and director are still to be determined (and many of the character leads), the plan is to shoot the film mostly in Toronto this coming summer with an anticipated release in the winter or spring or 2016. The project's been in the works for some time, but there's renewed effort to get the film made, which is good news for local rock and roll fans.

For more information check out the film's webpage.